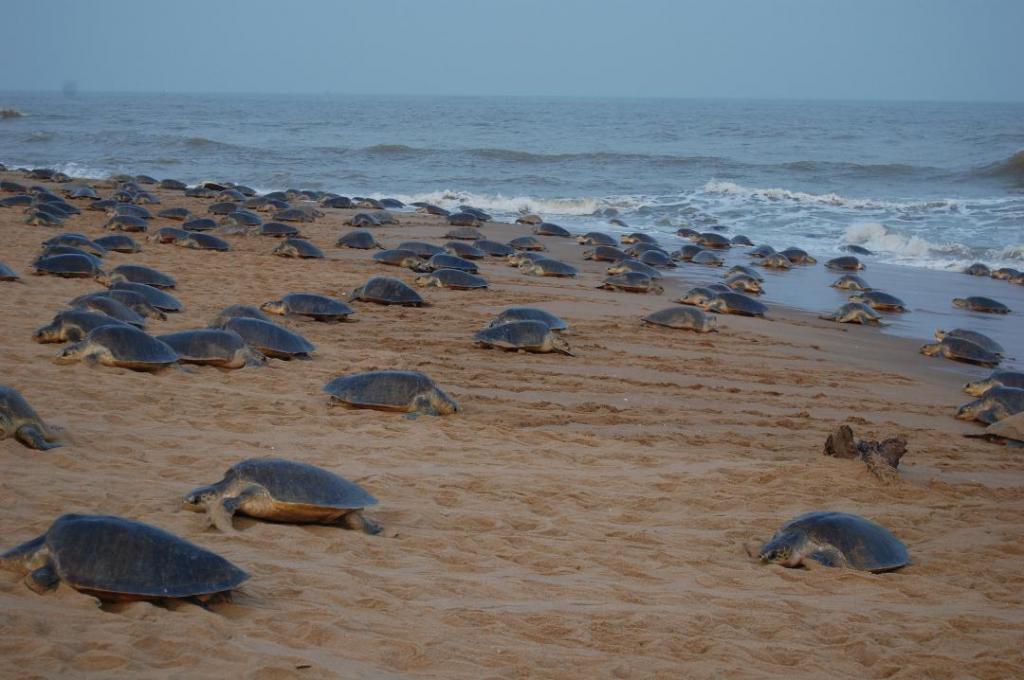 A panel formed by Orissa High Court after Down To Earth reported mass death of Olive Ridley turtles has stressed on measures that would conserve biodiversity as well as ensure welfare of coastal communities.

The action followed a February 4, 2021 report in Down to Earth stating 800 Olive Ridley turtles have died in Odisha since January due to negligence of the forest and fisheries department. The court took suo motu cognisance of the report on February 23 and registered a case.

The panel visited Gahirmatha Marine Sanctuary and Rushikulya beach, where the turtles come to nest and acknowledged that Olive Ridley sea turtles continue to face threats from fishery-related mortality and coastal development in Odisha.

The members wrote in the report submitted on March 15:

We would like to start by emphasising that any measures that are implemented should seek to achieve the overall welfare of coastal communities as well as biodiversity conservation and ecosystem health.

The committee made the following suggestions in the report submitted to the Orissa High Court:

The experts also requested the High Court to issue directives prohibiting interim release of seized trawlers till the end of the nesting season. The next hearing is on April 29, 2021.

The mortality of Olive Ridley sea turtles has been documented since the 1980s. In the 1990s, Wildlife Institute of India studies recorded between 5,000 and 13,000 dead turtles along the Odisha coast each year.

Since the 2000s, a few thousand dead turtles have been recorded along the coast each year. Since not all the turtles that are killed are washed ashore, and some may be washed away before they are counted, the total mortality may be higher than documented.

Long-term loss of habitat due to coastal 'development', such as erosion due to ports and harbours, and climate change could cause irreversible damage to sea turtles. It is estimated that the current mortality continues at the rate of about 4,000 to 7,000 per year in Odisha.

The panel sought three months to visit Devi estuary and adjoining areas to ascertain the exact cause of high mortality in the area compared to other areas and come up with long term solutions for preventing the mortality.

The additional time is also required to devise appropriate medium term and long-term steps required to be taken to ensure compliance of the earlier directions issued by the High Court and to ensure protection of the Olive Ridley turtles and their habitats during the nesting season, the panel said.

The mortality of the Olive Ridley turtles along the Odisha coast is attributed mainly to the trawling operations in the sea. Many turtles get caught in the fishing net of the trawlers and suffocate. Some others are injured by the propellers of the vessel.

The Orissa High Court in a 1998 order had mandated the use of Turtle Excluder Device (TED) on trawlers. The fisheries and forest departments informed the panel that a number of awareness meetings have been held with fishermen for using TEDs. But the device has been used more as an exception than as a rule during the last two decades because the fishermen complain of high catch loss.

Panel members stated in their report that conservation of Olive Ridley in Odisha was marked by unnecessary conflicts between the state, conservationists, and fishers.