How to save Banni grasslands from invasive species? Here’s what a new study suggests

A mosaic of restored grasslands and patches of Prosopis juliflora may be key to sustainability. Until other pieces of the puzzle are figured out 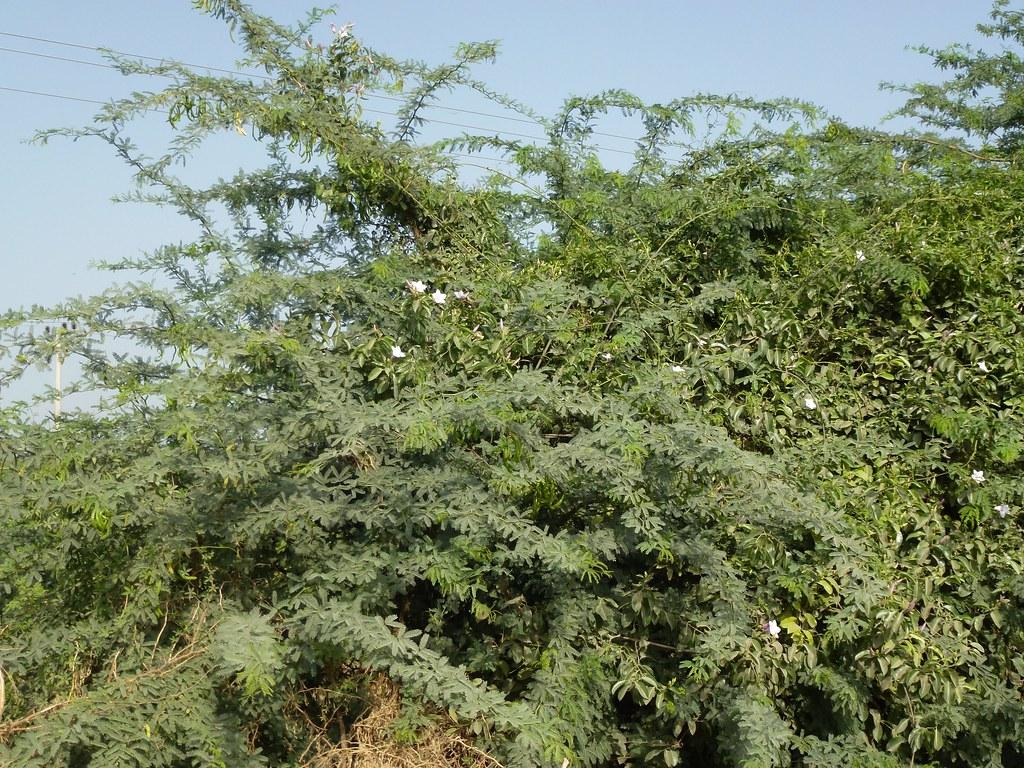 Prosopis juliflora — a non-native and invasive tree species — has encroached over half Banni, one of Asia’s largest grasslands in Gujarat. The tree is harmful to ecology; yet, local communities have over time grown dependent on it for livelihood by, for example, making charcoal.

There are several flipsides to growing this tree species: It depletes groundwater availability; increases soil salinity; and makes the grassland more susceptible to wildfires. The invasion is also a threat for habitat specialist species such as the desert fox, Houbara bustard and spiny-tailed lizard that have evolved to life in grasslands over centuries.

So, how should the landscape be preserved so that the local communities are not further marginalised? A June 2021 report has some answers.

The landscape should be managed as “a mosaic of restored grassland and Prosopis-invaded patches”, the report said. It noted that mechanical removal of the tree is more effective — both in terms of species richness and vegetation cover — than lopping.

Mechanical removal refers to using machines and tractors to remove, rather uproot, Prosopis trees. Lopping entails use of machetes to uproot trees that are 10-20 centimetres above the soil level.

Lopping is also used locally to harvest Prosopis because it allows the trees to regenerate for re-harvesting.

The study was led by researchers from the Ashoka Trust for Research in Ecology and the Environment (ATREE) and the Gujarat-based Sahjeevan, a volunteer organisation.

“We did not know which one — mechanical removal or lopping — was better in terms of restoring the habitat and supporting livelihoods. This is what we wanted to understand. Prosopis grows very quickly. If there’s a tree as tall as a human being and if you lop it off, it’ll grow back [to the same height] within six months.”

“When we started our research [four years ago], charcoal-making was the major source of alternative livelihood. Right now, there are bigger drives of economics like agriculture and new industries,” said Chetan Misher, PhD student at ATREE and a co-author of the study.

There is hence a need to consider socio-economic factors that influence local ecology via land-use changes while undertaking ecological decisions regarding grassland restoration, Misher added.

Prosopis was introduced into India’s arid landscapes in the late 19th century owing to misplaced beliefs that deserts and grasslands were wastelands and hence needed trees.

Fuelwood was another reason for its introduction. Prosopis was introduced in Banni to keep the salt flats of the Rann of Kachchh in check.

Maldharis, the local pastoral community, grew dependent on Prosopis because of two reasons: The invasion adversely impacted the availability of grasses for grazing and making charcoal offered economic benefits.

The paper acknowledged that the current situation “represents complex trade-offs (and in some cases, synergies) between pastoralism-based versus charcoal-based livelihoods.”

Today, households in Banni that have buffaloes have also started small charcoal-making business: The buffaloes in Banni also graze on Prosopis.

Nerlekar said many in the grasslands have shifted from having Kankrej cows to buffaloes. The numbers of the former declined due to the invasion of native grasses by Prosopis. Kankrej cows cannot digest Prosopis pods.

Resorts have cropped up due to the influx of tourists. This has also provided livelihood option to some.

“They have adapted to other livelihood options but would still primarily consider themselves pastoralists,” said Ankila Hiremath, senior fellow at the Suri Sehgal Centre for Biodiversity and Conservation, ATREE and co-author of the paper.

“This is the nature of pastoralism. Pastoralists often live in harsh environments, such as arid landscapes where rainfall is variable. They are constantly adapting to change to track resources in space and time,” Hiremath said.

A study led by Misher and published in March 2021 concluded that encroachment by invasive species such as Prosopis “is likely to result in a loss of habitat as well as resources” for the Indian desert fox, which is already a range-restricted species in India.

Prosopis also favours generalist species like jackals, which then compete with specialist species like desert fox. And so, there is still a need to thoroughly assess ecological impacts of Prosopis invasion, including on wildlife.

The Banni grasslands are not a closed system; they are not static in time either. Two questions that linger are whether we want all the Prosopis to go away and if yes, will the ecosystem spring back to what it was before Prosopsis were in abundance.

Ovee Thorat from ATREE explained that grasslands can take hundreds of years to go back to the state they were in before major interventions were done.

“Prosopis has led to a lot of biophysical changes like increased salinity, changes in soil nutrient and vegetation composition. If you remove Prosopis from a patch, the people may not always consider restoring grasslands for grazing as the best thing to do. They may convert the land to a rain-fed agricultural plot.”

Local communities, forest department and wildlife conservationists have had a say in what the management of the system needs. These people have also influenced the way Banni has been managed so far. “It wouldn’t be fair to ignore history and power dynamics and only focus on ecology,” Thorat said.

“The research is one piece of the puzzle. We still don’t know what percentage of the landscape should be woodland and how much of it should be a grassland. Research on topics like socio-economics and eco-hydrology is needed,” Nerlekar said.