Mercury, the most toxic metal, is easily absorbed and accumulated in marine organisms 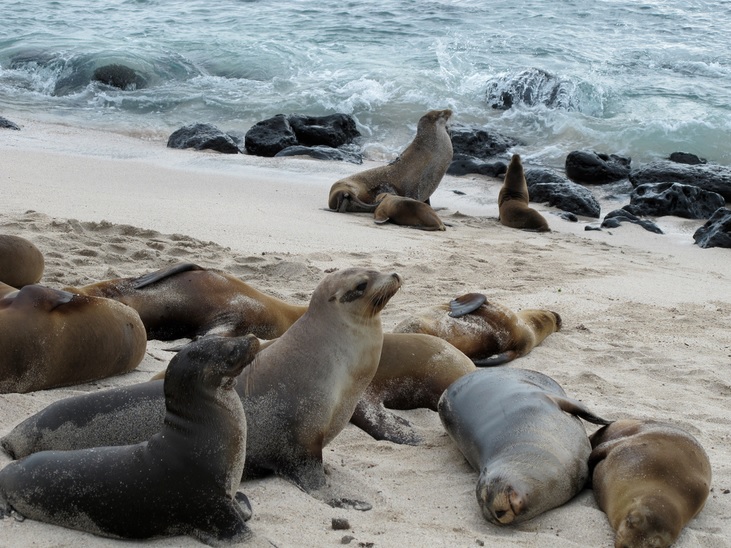 Industrial emissions and burning of coal are increasing the level of mercury in marine environment by two to four times the preindustrial level, says a recent study. The results of the research were published in journal Proceedings of the National Academy of Sciences (PNAS). Conducted by the US’ University of California (UC) Santa Cruz, the research was led by Jeniffer Cossabon of San Diego State University.

The research traced elevated mercury level in coastal seawater near Año Nuevo State Park in the US. It was done on four pinniped species, including northern elephant seal and California sea lion, by evaluating hair samples as an indicator of mercury. Elephant seal that is a fish-eating predator is at top of the food chain and accumulates mercury in high concentration inside its skin, thus passing it to the food chain.

The study says the seals get rid of mercury during their molting season and leave it in coastal water near the elephant seal rookery that bumps up the level of toxic metal. In the new study, seasonal change in water depicted that elephant sea molting season also raises the methyl mercury level.

Global emissions are expected to increase for next several decades, says Russell Flegal, a researcher at the university.

Mercury is the most toxic metal and its form methyl mercury is easily absorbed and accumulated in marine organisms and biomagnifies, becoming more concentrated in form. Moreover, being an element, it never breaks down but just changes forms, as quoted by Cossaboon. In the top predators, its presence can be one to 10 million times higher than the sea water level.

According to Russell Flegal, co-author and professor at UC, Santa Cruz, the team did not have analytical instruments to detect the mercury level of seawater. Hence, they used mussels (that filter seawater) as sentinel organisms. Earlier, a 1981 study by Flegal had found elevated mercury concentrations in mussels near large colonies of seals and sea lions at Año Nuevo and San Miguel Island.

A large population of sea lions on Ano Nuevo Island was found with high mercury concentrations that they are adding to coastal water. The levels of methyl mercury were greater at Ano Nuevo than found in highly urbanised San Francisco estuary. According to Cossaboon, the reason for this variation is the seasonal molten pelage of the elephant seal.

Flegal, in his research, has said that it is very difficult to detect the neurological impacts of mercury in humans, hence determining it for animals is almost impossible. The global emissions are expected to increase for next several decades, he adds.

Of the surveyed animals, 99 per cent had blood mercury levels that exceeded the threshold of clinical neurotoxicity in humans and what these concentrations mean for animals is undetermined, said Sarah Peterson, first author of the research paper.