On March 27, 2017, the Ministry of Environment, Forest and Climate Change informed the Parliament that poaching in India has not increased in recent years, a claim that is far from truth. Replying to the question whether poaching of wild animals is on the rise in recent years, the ministry said, “As informed by the Wildlife Crime Control Bureau, the data provided by the State enforcement agencies to Bureau does not indicate such trend.”

But a recent book titled “State of India’s Environment 2017: In Figures” suggests a worrying 52 per cent increase in poaching and wildlife crimes between 2014 and 2016. Over 30,382 wildlife crimes and mortality have been recorded till December 31, 2016, says the book by non-profit Centre for Science and Environment, which has sourced the information from the Wildlife Protection Society of India (WPSI). Even the number of species that are poached or illegally traded in the country increased from 400 in 2014 to 465 in 2016.

No wonder, both the country’s national animal and bird are at high risk. In 2016, 50 tigers were poached, which is the highest in the past decade. Meanwhile, 340 peacocks were killed because of poaching between 2015 and 2016, which 193 per cent higher than that of 2014. Blackbuck, blue bull, chinkara, elephant, leopard, rhinoceros, spotted deer, and the wild boar are also highly threatened, as the annual book.

Even turtles and pangolin are at high risk. Picture this: 37,267 turtles seized between 2015 and 2016, which means the government seized an average of 100 turtles every day last year. What is worrying is that the trend seems to continue into 2017. In January this year, the Special Task Force of the Uttar Pradesh Police seized 6,430 endangered soft shell and flap shell turtles from a house in Amethi district. This was believed to be one of the largest turtle hauls in the country so far.

Similarly, pangolin, which is in high demand in China for its aphrodisiac and medicinal value, remains at high threat in the country, with over 100,000 pangolins captured illegally every year. The alarming situation compelled the world to ban trade of the Indian Pangolin in September 2016. In February 2017, a multilayered poaching network trading in pangolins, spread across 10 Indian states, was busted. A special task force (STF) of the Madhya Pradesh forest department, which busted this pan-India network, found three major routes used for smuggling pangolins from central India to China—Uttar Pradesh-Nepal-Tibet, Kolkata-Manipur-Mizoram-Myanmar-Laos, and relatively new route between Uttarakhand  and Tibet.

Another worrying trend is that the internet is now fuelling illegal trade of wildlife. As per the Union environment ministry, 106 websites are being used for illegal wildlife trade in India. The website list includes Amazon, Quikr, Snapdeal, Ebay and even YouTube. 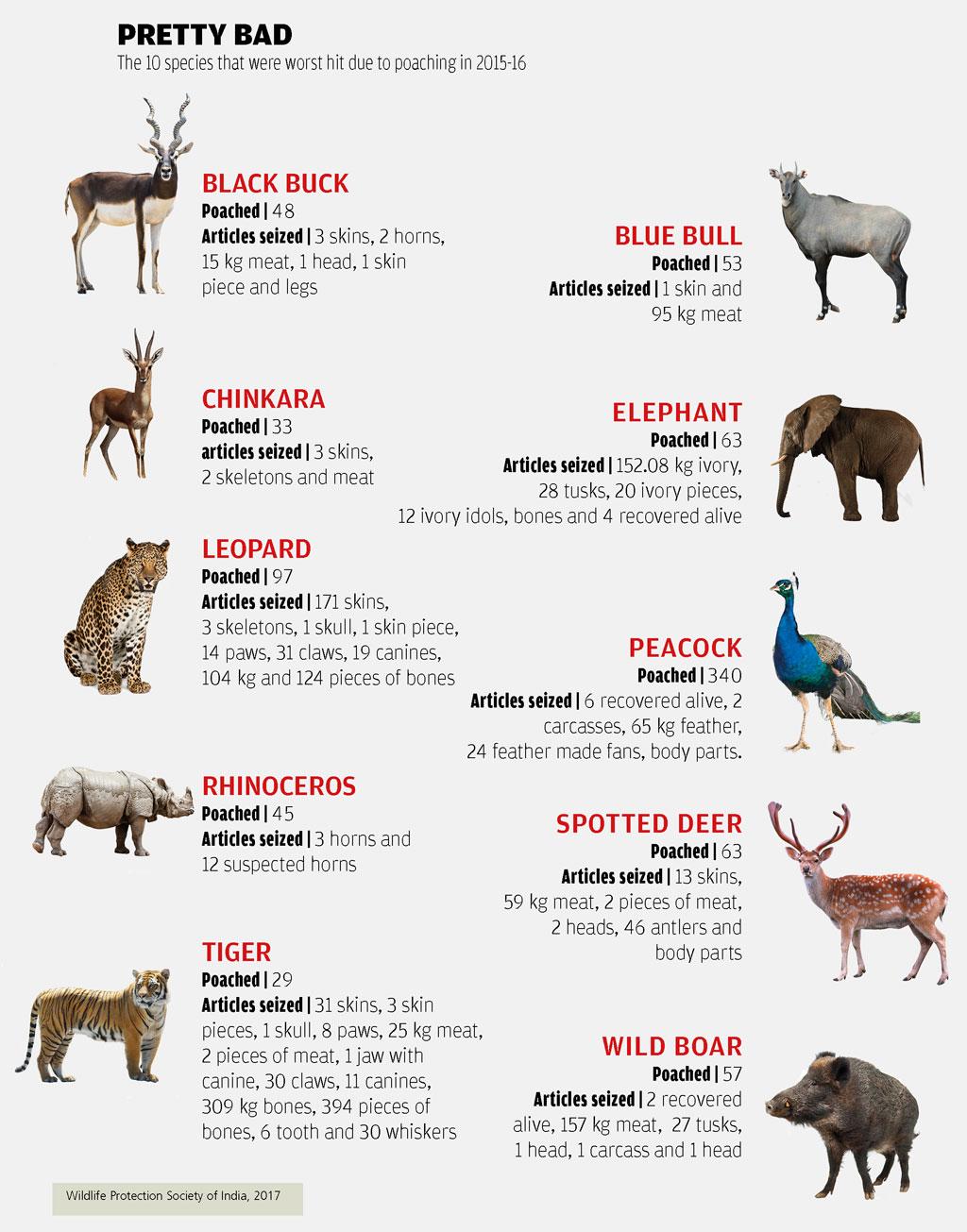