As dingoes grow in size, should we blame pesticides?

Sodium fluoroacetate — popularly known as Compound 1080 — was identified as one of the reasons behind the growth in dingoes, a dog species native to Australia

Dingoes have grown six-nine per cent in size in the last eight decades, according to recent research. And some experts are looking into the possibility of pesticides playing a part in that.

Dingoes (Canis familiaris dingo or Canis lupus dingo) — often referred to as Australia’s wild dogs — are listed as ‘vulnerable’ by the International Union for the Conservation of Nature and Natural Resources.

The research — conducted by the University of New South Wales and the University of Sydney and published in the Biological Journal of the Linnean Society July 31, 2020 — compared the skull sizes, a proxy for size, of the dingoes.

The research was done in Kalgoorlie, Pilbara and pastoral South Australia — three ‘baited’ regions, where dingo populations were controlled through the distribution of poisoned baits — with those in ‘unbaited’ areas extending from Northern Territory to southern Australia.

The skull size of 600 dingo specimens from these regions was compared by the researchers. The skulls obtained from the ‘baited’ regions increased in size by about four millimetres from the time poison baits were first introduced, according to Michael Letnic, the lead author of the paper. This directly corresponded to a one kilogramme increase in body mass.

Both male and female dingoes experienced an increase in size. The skull size of male dingoes grew by 3.6 mm, while this increase was 4.49 mm for females, accounting for a six per cent and nine per cent increase in their body masses, respectively.

Today, these dingoes show a closer association with animals affected by pesticides during the ‘Silent Spring’ period in 1962, referring to a book of the same name, that discussed the impact of pesticides and was authored by Rachel Carson, a marine biologist. It explored the actions of the misuse of chemicals for insect and pest control and brought attention to the aftermath of these actions.

Sodium fluoroacetate — popularly known as Compound 1080 — was identified to be one of the reasons behind the growth in dingoes. This white powder is often used in Australia to control the populations of pests and dingoes.

The risk of using a pesticide on an organism usually depends on the type, toxicity, application, frequency of use, the duration of use and its impact on the environment. Its long-term bio-accumulation in the trophic levels of a food chain is often lethal for animals associated with that food chain. Wildlife is exposed to a harmful pesticide through food and water by absorption through the skin or inhalation, in most cases. 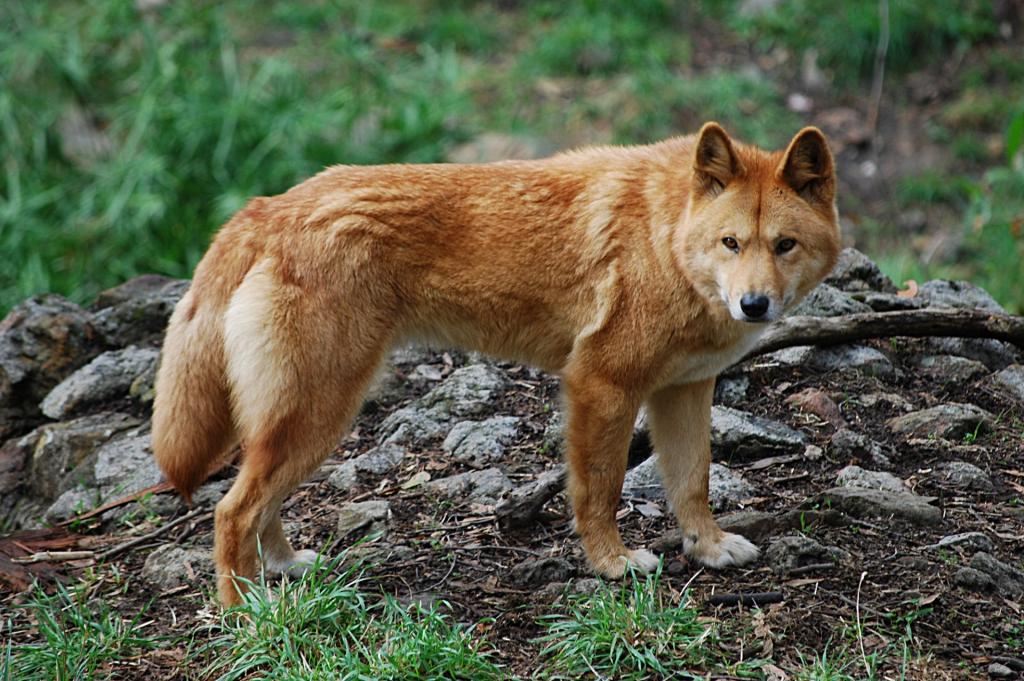 Both male and female dingoes experienced an increase in size. Photo: Wikimedia Commons

Compound 1080 is usually stuffed in meat baits and left in dingo hotspots by dropping them from helicopters. These baits were scattered across Kalgoorlie, Pilbara and pastoral South Australia in the 1960s and 1970s.

The study’s co-author Matthew Crowther justified this for the survival of larger dingoes. Smaller dingoes needed lesser poison compared to bigger dingoes for a lethal dose, which is why they were more easily killed by baiting, according to him. Consequently, bigger dingoes breed freely and, thus, have a higher survival rate.

The scenario of intra-specific competition — where species compete for food and other limited resources — also comes into play here.

For several species, including dingoes, intraspecific competition has a major effect on how population size changes over time. Usually, when the density of the species is high, growth is reduced, fecundity is subdued and survival rate is affected. Post-baiting food profusion — along with greater adaptation among dingoes to poison — are also key influential factors.

“We tested dingoes with extremely low dog hybridisation, making it clear that dog genetics did not promote size growth,” said Letnic. Most of the dog-dingo hybridisation took place on the eastern coast of Australia, according to Letnic.

The researchers also suggested a warmer climate can decrease dingoes’ body size because cooler conditions support larger animals. Causes such as climate change and the act of inter-breeding with other dogs, thus, seem improbable.

The increase in body mass of the dingoes brings attention to another fact as well: Only invertebrates were earlier predicted to evolve chemical resistance and phenotypic shifts — including environmentally induced, morphological, physiological, behavioural or phenological changes, both permanent or non-permanent — due to pesticides and pollution.

The number of resistant mite species and insects increased by 600 towards the end of 1990 and by more than 700 by 2001 end. This trend was said to increase in the 21st century as well.

This research, thus, showed large and enduring vertebrates — and not just invertebrates — can undergo phenotypic changes due to pesticide use. While researchers wish to know more about baiting through Compound 1080, they also predict baiting may change other animal populations as well.

Humans must realise animals retort to their intercessions. Adaptations in animals — caused from man-made actions — needs to be understood and reflected upon.