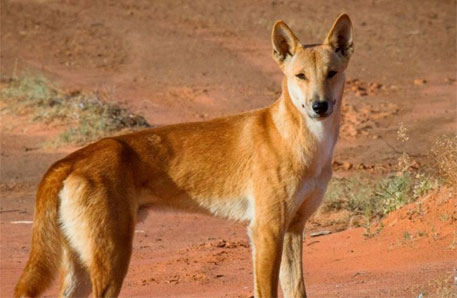 Scientists from the University of Sydney in Australia have suggested a radical new scheme to save the continent’s native wildlife. Their solution: bringing back a reviled creature to areas in the country from where it was once exterminated.

A research paper from the university published in the journal “Restoration Ecology”, featuring 19 authors from Australia and the United States, calls for dingoes, the native canid species of Australia to “rewild” the Sturt National Park in far northwest New South Wales by altering the so-called “Dingo Fence”.

Ever since the European settlement of Australia began in 1788, dingo has been a target for white sheep and cattle farmers, who blamed the dog for killing their flocks. Dingoes were hunted extensively and in the 1880s, a wire fence was constructed from eastern Queensland to the coastline of South Australia to keep dingoes out from areas having the bulk of Australia’s sheep and cattle stations. Called “The Dingo Fence”, the barrier runs for 5,531 km (3437 miles) and is the longest fence of its kind. It has partially succeeded in making the areas of Southern Queensland, New South Wales, Victoria and South Australia relatively dingo-free. 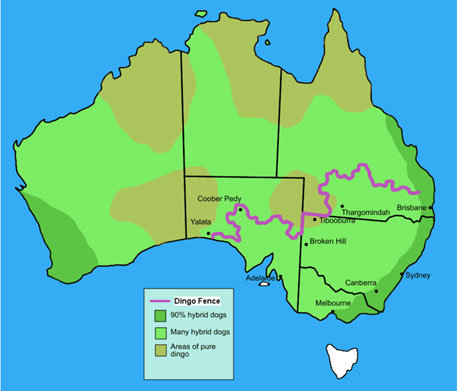 However, for long, critics have said that by decreasing dingoes in these areas, the populations of native herbivore “pests” like Kangaroos and Emus as well as introduced ones like feral cats, rabbits and red foxes has increased. The introduced invasive species have caused massive declines in native Australian animals such as bilbies, bandicoots and bettongs.

A report on the paper published in British daily The Guardian noted that Australia’s native wildlife has been suffering an extinction crisis, particularly among mammals. A total of 29 endemic mammals have become extinct since European arrival. This represents 10 per cent of all original mammal fauna in Australia, the highest rate of extinctions anywhere in the world over the past 200 years.

That is why, say the authors of the paper, it is very important to bring back apex predators like the dingo into areas where they once roamed.

“Predation by foxes and feral cats is the key driver of extinctions, so we need to change what we’ve previously done and look at if the dingo can help,” Thomas Newsome of the University of Sydney, the report’s lead author, told The Guardian.

“The dingo fence provides a unique opportunity – if we rebuild it on its eastern and southern sides we can monitor the recolonisation of the area by dingoes while minimising the impact upon graziers.

Resolving the value of the dingo in ecological restoration