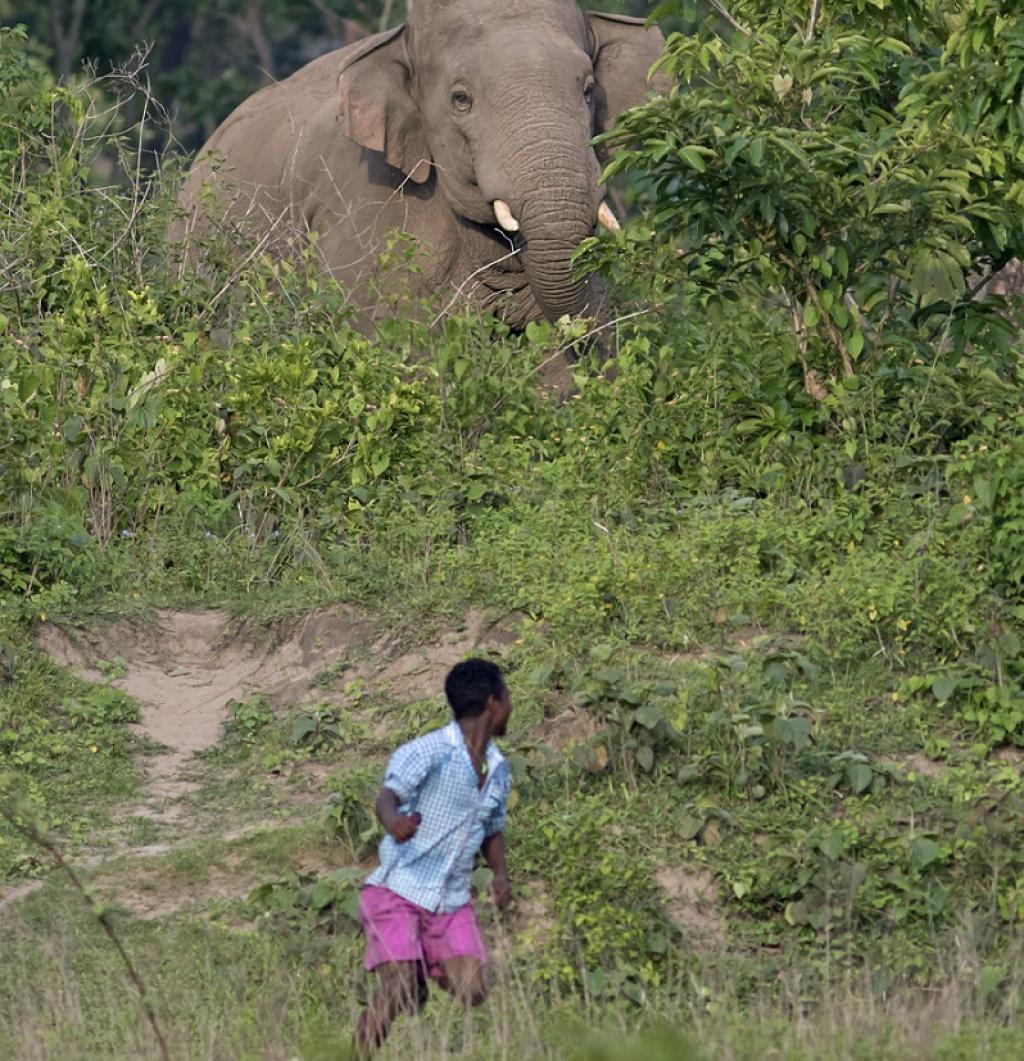 A wild elephant charges a man on the Indo-Nepal border. Photo: iStock

The minister launched Field Manual for Managing Human-Elephant Conflicts in India at the Forest Research Institute (FRI) in Dehradun, Uttarakhand.

Besides the manual, Yadav also released the Preliminary Report on Human Elephant Conflict and a booklet titled Trumpet.

The manual has been prepared by the ministry, along with the Wildlife Institute of India (WWI) and World Wide Fund for Nature (WWF India), according to a statement by WWF.

India is home to approximately around 27,000 Asian Elephants, which is the world’s largest population of the species.

“However, as human populations have grown and elephant habitats have been altered by development, HEC has resulted in unfortunate and tragic outcomes for both people and elephants,” the WWF statement read.

Some 30 elephant reserves have been established so far in 14 major elephant states, according to the Union government.

“As per the information provided by the Government of Karnataka, a Karnataka Elephant Task Force was constituted which submitted its report in 2012. The report highlighted the major causes of HEC to be due to fragmentation of habitats, habitat loss, change in cropping pattern etc,” Yadav’s reply had stated.