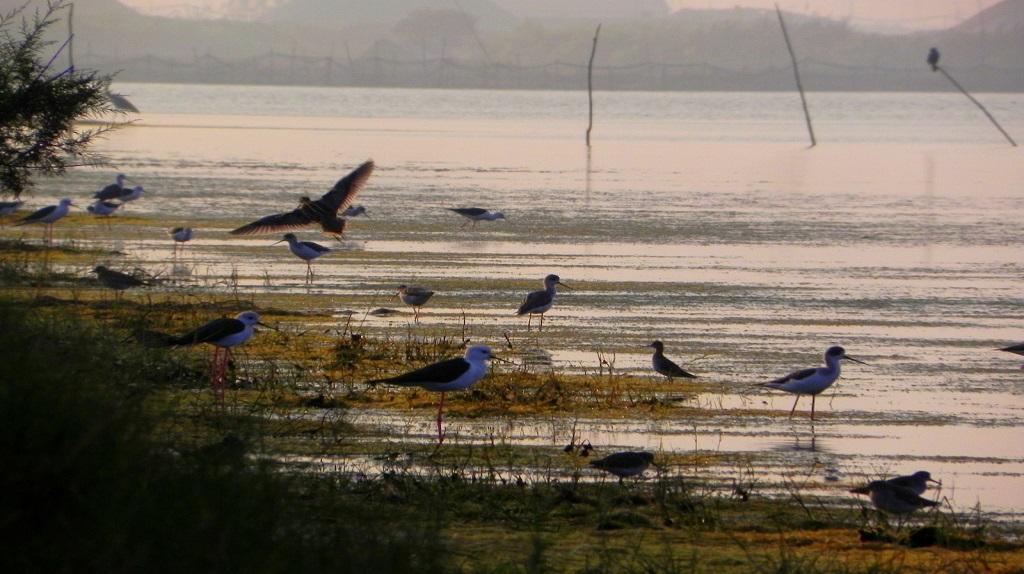 A record number of migratory birds arrived this season in Odisha’s Chilika Lake, Asia’s largest brackish water lagoon, according to the latest bird census of the wetland.

Two rare birds — falcated teal and mallard — were sighted this time, said S Balachandran, deputy director, Bombay Natural History Society (BNHS), which assisted in the survey. The annual census was conducted by the Chilika Wildlife Division on January 5, 2021 by 120 persons, including ornithologists from BNHS, officials of wildlife organisations and wildlife activists in 21 teams.

Susant Nanda, chief executive of Chilika Development Authority (CDA), said the increase this season was due to the availability of open space after large tracts of illegal prawn gheries were cleared by the authority.

Since December 2020, hundreds of birds have died of bird flu in Kerala, Rajasthan, Himachal Pradesh and Madhya Pradesh. Taking note of this, authorities in Chilika have started collecting wet faecal droppings and serum samples from the migratory birds and poultry farms in the lake area and around Bhitarkanika National Park in Kendrapara district.

The samples will be stored in leak-proof containers and cold chains maintained by veterinary doctors and sent to Animal Disease Research Institute (ADRI) in Cuttack. From there, it will be dispatched to the high-security Animal Disease Laboratory in Bhopal, informed Sarat Chandra Mishra, assistant conservator of forest (ACF), Chilika Lake.

In January last year, the state government had sounded a bird flu alert in Bhubaneswar after the avian influenza virus was found in samples collected from dead chickens.

Since then, officials have organised awareness drives among villagers near the Bhitarkanika National Park and have been inspecting migratory birds at Bhitarkanika, Satabhaya, Hukitola and other major bird habitats with the help of mobile veterinary units.

Forest and veterinary officials are keeping an eye on species like bar-headed geese, brahminy duck, plovers, pintails, among others which are prone to carry H5N1 strain of avian influenza.

The bird flu virus does not survive in temperatures above 39 degree Celsius and so, bird flu cases are reported only in winter.

Chilika Lake, a popular birding destination, comes alive with colourful birds from Siberia, China, Japan and other far-off lands in the northern hemisphere as the lake presents them a hospitable alternative to the freezing conditions in their natural habitats.

Nalabana island on the lake that houses the Nalabana Bird Sanctuary remained the favourite destination for the winged visitors, with 424,788 birds spotted.

Earlier, migratory birds were confined to this sanctuary because much of the rest of the wetland area was encroached upon by illegal prawn cultivation units.

In 2019, the Orissa high court ordered the state government to initiate demolition of these structures to restore the ecology of the area.

With around 200 square kilometre of illegal prawn gheries demolished, birds have been spotted across a larger area of the lake over the last two years.