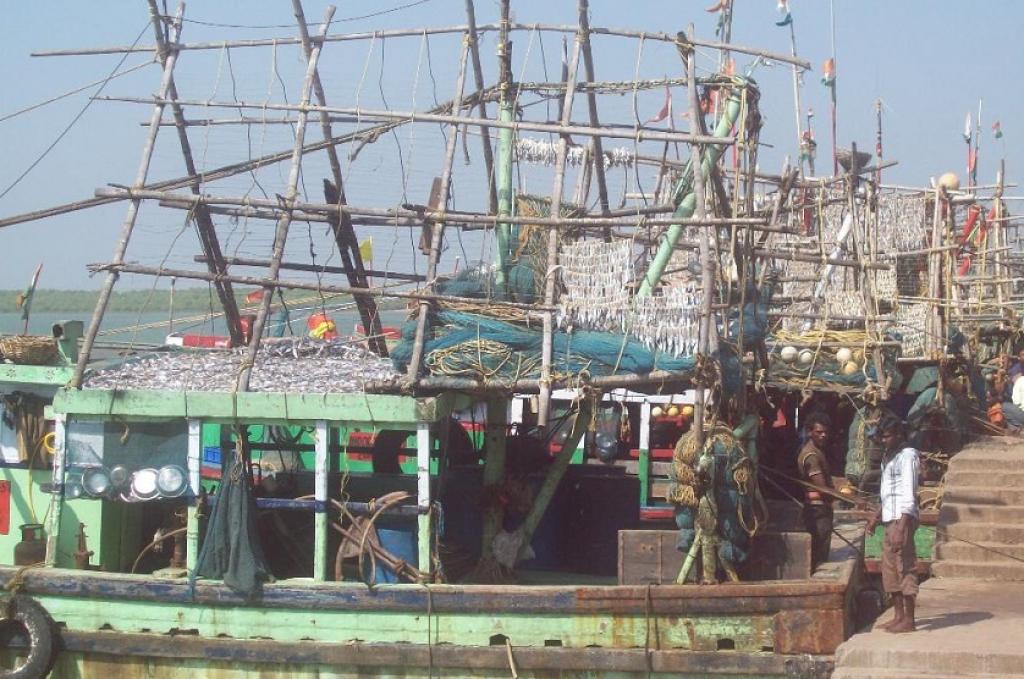 Fishing trawlers in the harbour at Paradip. Photo: Ashis Senapati

The fisheries department of Odisha has started installing a software in the Global Positioning Systems (GPS) of all mechanised fishing vessels to prevent them from entering the Gahiramatha marine sanctuary, famous for its Olive Ridley turtles.

Manas Ranjan Sahoo, the additional director of fisheries (marine) department, said his team installed Geo Coordinate Software in the GPS of 90 fishing trawlers recently, as part of the first phase.

All 1,742 mechanised fishing vessels of the state, including 559 trawlers in Paradip fishing harbour near the sanctuary would be fitted with GPS which had the software soon, he added.

“Fishing vessel owners will purchase GPS and the software engineers of the fisheries department will install the software in it. Such GPS will alert fishermen to not enter the marine sanctuary as it is a restricted zone for fishing,” Sahoo said.

The sanctuary, in Kendrapara district, is the world’s largest rookery of sea turtles.

The Orissa High Court had directed the state government March 16, 2021 to install the geo coordinates of the sanctuary’s boundary in GPS systems of all fishing boats to track their movements.

The court’s action followed a February 4 report in Down to Earth that 800 Olive Ridley turtles had died since January this year due to the negligence of the state’s forest and fisheries department.

The court took suo motu cognisance of the report February 23 and registered a case. It constituted a three-member panel February 26 comprising Kartik Shankar, a sea turtle researcher of the Indian Institute of Science in Bengaluru, Sushant Nanda, director (environment) of the state forest administration and advocate Mohit Agarwal.

All three members of the panel interacted with fisherfolk, locals, forest and fisheries officials March 6. The panel submitted its report to the high court March 15. 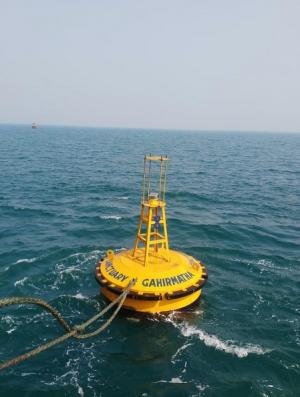 “Each buoy costs Rs 7.5 lakh. We received Rs 1.15 crore as part of the Compensatory Afforestation Fund Management and Planning Authority (CAMPA) funds from the forest department to purchase the buoys from a Bhubaneswar-based company,” Bikash Rajnan Dash, the divisional forest officer of the Bhitarkanika National Park. Gahiramatha lies within the park’s boundaries.

Gahirmatha was declared a marine sanctuary in 1997 to protect Olive Ridleys. Dash added: “Due to the non-demarcation of the ‘No Fishing Zone’ in Gahirmatha, forest and coast guard officials used to arrest many fishermen each year on charges of fishing in the sanctuary. Most of these entries were made inadvertently by fishermen as the sanctuary was not demarcated. Now, we hope fishermen will not enter the sanctuary.”