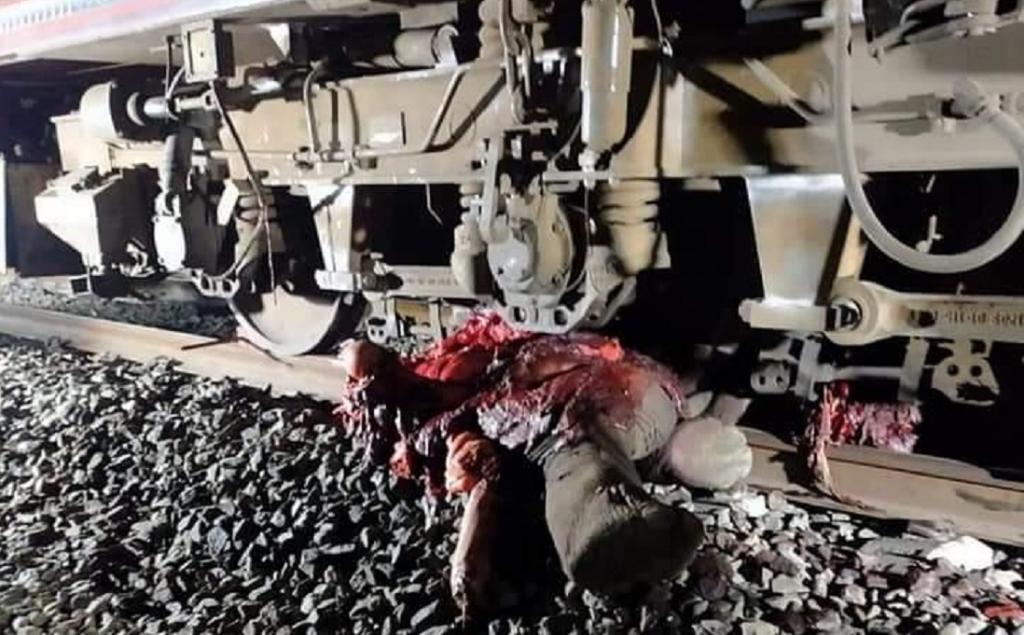 A 12-year-old male elephant died after being hit by an express train in Odisha in the wee hours of December 21, 2020.

The animal was crushed to death under the wheels of the Puri-Surat train between Hatibari-Maneswarapur stations near Bhabanipali village within the Sambalpur forest division range of Sambalpur district.

Six wheels of the train engine derailed following the accident. All passengers are safe, according to reports.

This was the 29th such death in Odisha in 10 years and the second death in Sambalpur district within a month. Another elephant had died after it was hit by an express train December 6, 2020, near the Gadgabagal bridge between Jujumura and Hatibari railway stations in the district.

“A herd of 15 elephants was crossing the railway tracks at 4 am, December 22, when the mishap happened. A team of veterinary assistant surgeons conducted a post-mortem on the carcass, which was buried after the procedure,” Sanjit Kumar, the divisional forest officer of Sambalpur forest division, said.

Linear infrastructure such as rail lines, roads, canals and power lines have been blamed for several wildlife deaths in the past few years. They often intersect wildlife corridors which are used animals to move from one habitat to the other.

“After conducting a survey in the forests of Odisha a few years back, we recommended some steps including restrictions on the speed of trains and increased alertness to save elephants,” Harishankar Upadhayaya, chief wildlife warden and the principal chief conservator of forests of the forest department, said.

“The large tracks of railway lines in Dhenkanal, Jajpur, Keonjhar, Ganjam, Gajapati, Sundargarh, Balasore, Bhadrak, Puri, Jharsuguda, Sambalpur and Cuttack are pathways for elephants. Many elephants use them to reach nearby areas. We directed the railway authorities to check the speed limit of trains in elephant areas, particularly at night,” Upadhayaya added.

He noted that forest officials also guarded all vulnerable points at night. His team had also identified many vulnerable spots used by elephants to migrate from forest to non-forest areas between March and December.

Besides the seasonal migrations in search of fodder and water, elephant herds crisscross the forests throughout the year.

Biswajit Mohanty, an environmentalist and the secretary of Wildlife Society of Odisha (WSO) said, “Trains must have their speeds restricted in elephant corridors.”

Mohanty has called for a special awareness campaign and training for train drivers who tend to speed on the forest stretch. He has also advocated local eco-development committees to coordinate migrations and avoid collisions of trains and animals.

“It would be unjustified to blame the railway authorities for the deaths of elephants. It is the duty of the forest personnel to inform the station masters to slow down or halt the trains at the time of elephants crossing the railway tracks. It is a fact that a train’s engine can come to halt only after a distance of around 750-1,000 metres even when brakes are applied with full force,” Nirakar Das, the chief public relations officer of East Coast Railway in Bhubaneswar said.