Elephants reduced to a political football as Botswana brings back hunting 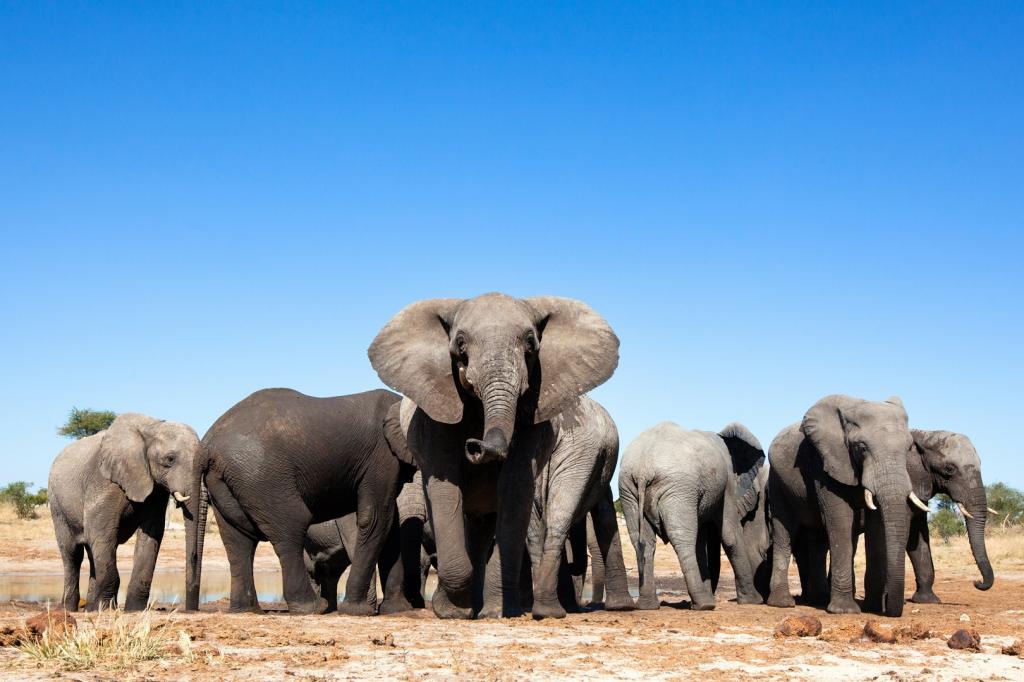 Botswana has reinstated trophy hunting after a 5-year moratorium on the practice.

In the wake of evidently declining wildlife numbers, former president Ian Khama imposed the ban in early 2014. Elephant numbers had plummeted by 15% in the preceding decade. The hunting industry had been granted a total quota of between 420 and 800 elephants a year during that time. Evidence of abuse was prolific and communities were not benefiting from the fees that hunters were paying.

Over the past five years Botswana has earned a reputation as the continent’s last elephant haven. It harbours just over a third of Africa’s remaining savanna elephants.

Khama’s successor, Mokgweetsi Masisi, has been in the job for just over a year. He’s promoted a conservation doctrine that is diametrically opposed to Khama’s.

Masisi recently hosted a conference in Kasane that brought together heads of state and environment ministers from Angola, Botswana, Namibia, Zambia and Zimbabwe. Its pretext was to formulate a common vision for managing southern Africa’s elephants under the banner of the Kavango Zambezi Transfrontier Conservation Area (KAZA). But the conference was used to drum up support for Botswana’s intended reversion to elephant hunting.

Tourism and Environment Minister, Kitso Mokaila, claimed that the country has too many elephants. This “overpopulation” narrative has also fuelled the idea that hunting – and even culling – will reduce growing human and elephant conflict.

But many believe that elephants have been reduced to a political football in Masisi’s election campaign to curry favour with rural communities who feel aggrieved over the hunting ban. The elections will be held in October this year.

A cabinet sub-committee report produced earlier this year recommended that the hunting ban be lifted. It therefore comes as no surprise that Masisi has done so.

At the conference, he gave elephant footstools to his fellow heads of state, a symbol of support for “consumptive use”. This is a conservation doctrine that endorses the exploitation of wildlife in the form of either trophy hunting or trade in derivative parts such as ivory.

A turn for the worst

But a scientific aerial survey of northern Botswana – where the country’s elephants are concentrated – conducted in 2018 disputes this. The survey estimated a national population of 126 114, indicating stability since 2014. It also revealed a sharp increase in poaching. The survey report noted:

These results suggest there is a significant elephant-poaching problem in northern Botswana that has likely been going on for over a year.

The survey also found that nearly all carcasses suspected of being poached were bulls. Bulls are targeted for their large tusks. This suggests that Botswana is fast becoming a poaching hotspot for the growing demand for illicit ivory in East Asia.

If the country’s not careful, poaching will take root in the same way it has in Tanzania and Mozambique over the last decade.

Proponents argue that hunting “surplus” bull elephants reins in elephant numbers and provides direct jobs (and bushmeat) to local communities who live in the daily reality of growing human and wildlife conflict.

Arguments in favour of hunting invariably appeal to the obsolete idea of “carrying capacity” – that a landscape can only withstand the impact of a certain maximum number of elephants. But conservation scientists aren’t convinced that this applies in large, unfenced and highly variable ecosystems such as Botswana’s. Arguing, for instance, that an area can only sustain 0.4 elephants per square kilometres is arbitrary.

Adult bulls are also not surplus to herd requirements; they only breed successfully beyond the age of 35 and sire most of their young after 40. Hunting of a few select trophy males hardly contributes to population control. It is similarly unlikely to mitigate human and elephant conflict as it forces elephants to concentrate in smaller areas, making them more aggressive.

Either way, trophy hunting is in decline and its conservation efficacy is increasingly being questioned. Nonetheless, Masisi appears to have bought the narrative that well governed hunting is the silver bullet to conservation.

But hunting is hardly ever well governed and unethical players undermine the rationale behind a quota system. In an open system, incentives to over exploit one’s hunting quota are stronger than incentives to stick to the rules. This tends to result in a tragedy of the commons – over-exploitation of natural resources beyond the ecosystem’s maximum sustainable yield.

On top of this, the voices of communities benefiting from photographic tourism have not yet been heard. Photographic safaris are fundamentally more sustainable than trophy hunting. In 2018, tourism (mostly photographic and with no hunting) supported 84 000 jobs. By contrast, at its peak in 2009, hunting only supported 1000 jobs.

Botswana is at risk of losing its sterling conservation reputation. Support for trophy hunting and the ivory trade is regressive and may damage its tourism reputation.

For a country that has been overly dependent on diamond rents, which are now in decline, Botswana cannot afford policy decisions that undermine its second largest economic sector.