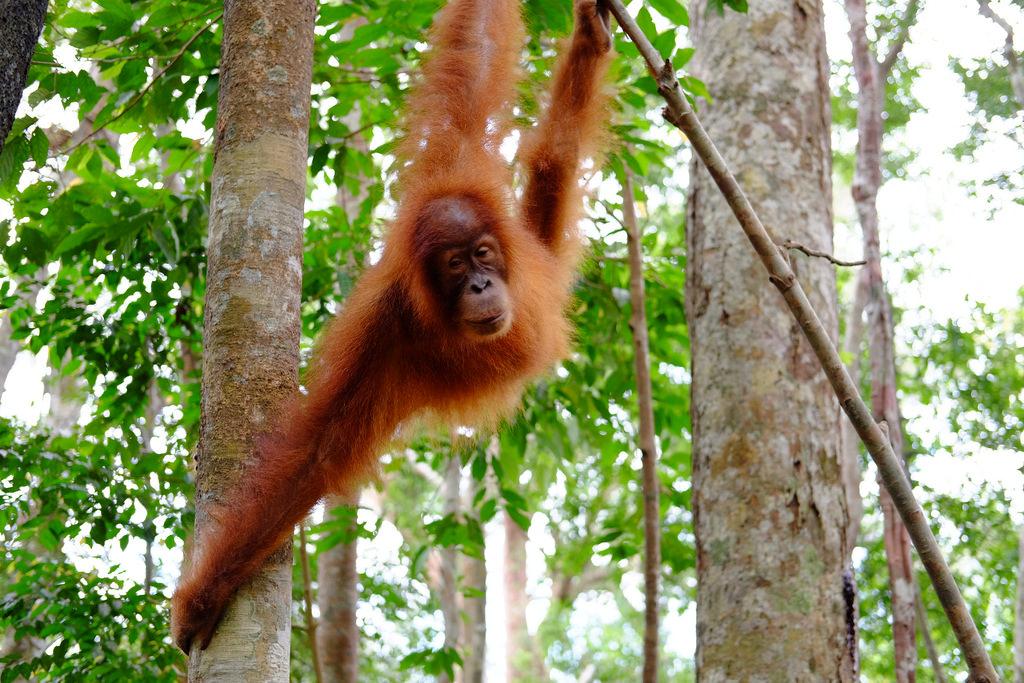 A recent study published in the Proceedings of the National Academy of Sciences says that if Africa becomes a big player in the palm oil industry, endangered monkeys and apes will almost certainly face new risks.

This is because most areas suitable for growing palm oil are important habitats for primates.

Although the oil palm tree is native to West Africa, most palm oil is currently grown in Indonesia and Malaysia, where unsustainable cultivation has had a huge environmental cost.

Oil palm expansion is a major cause of deforestation, which in turn threatens wildlife, such as the critically endangered orangutan of Borneo.

Primates are particularly vulnerable because as 80 percent live outside protected reserves in Africa, according to a media report. Over the past 2 decades, their numbers have declined mostly due to the bush meat trade, clearing of rain forests and diseases such as Ebola.

Palm oil is used in products, including soaps and cosmetics and also in biofuel.

Experts debate whether replacing palm oil with other oil crops can be a solution as these crops have lower yields and would take up more land.

Instead, sustainable production of palm oil should be encouraged as well as reducing the use of palm oil in products other than food.

Conservationists worry as potential plantation sites are in areas of rich biodiversity and palm oil growing companies want to expand into Africa.

About 200 primate species are found in Africa, many of which are already under threat.

A 2016 report by the Great Apes Survival Partnership at the United Nations Environment Programme said that conservationists and industry should work together to protect Africa’s great apes and avoid the destruction caused by the palm oil industry in Malaysia and Indonesia.

“Oil palm development is going to stay and to expand. Rather than ignoring the consequences [...], conservationists should better engage with this industry to try to influence their practices on the ground,” said the report.

Apart from habitat loss for apes, fragmented and accessible forest can also increase cases of poaching for bush meat or revenge killing of apes that feed on nearby crops if their forest food sources are destroyed, says the report.

Warning that the solutions are not easy, one of the researchers of the study told the media that, "The main message is that, due to the large overlap between areas that are suitable to grow oil palm and areas that host many vulnerable primates, it will be extremely challenging to reconcile oil palm expansion and African primate conservation," he explained.