Why we need to listen to hunters

Biologists have often used the hunter's knowledge for wildlife studies. But strict laws have silenced their voice 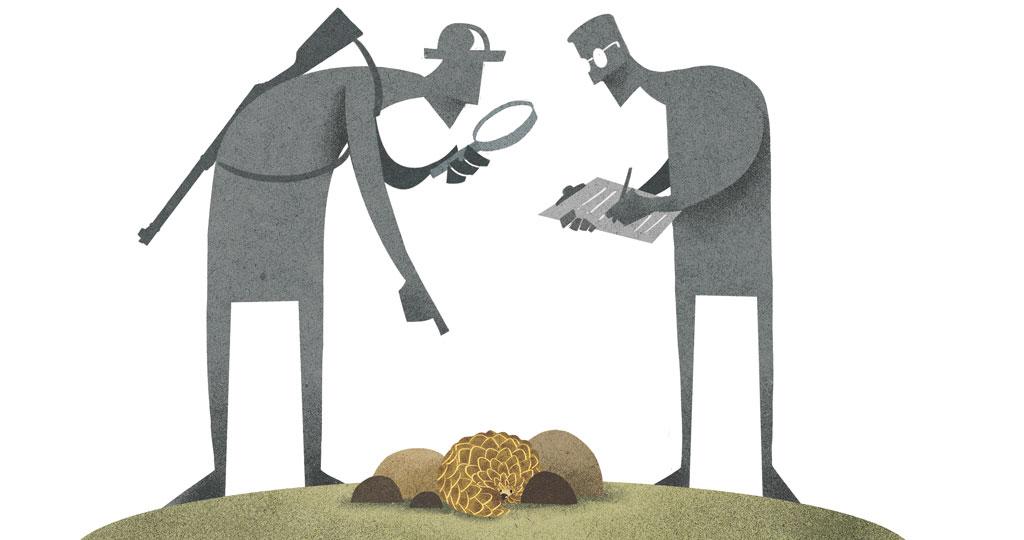 A growing number of ecologists and wildlife biologists have been recognising the cornucopia in the hunter’s ability to understand wildlife behaviour and location. They are combining classical survey methods with the knowledge of local residents and hunters to make their studies more robust. In fact, there seems to be a body of knowledge that identifies the usefulness of employing such information to complement survey efforts, especially for species that are elusive and often difficult to locate in the wild.

An article published in Nature in 2016 says that “large unknown areas are difficult and costly to survey using classical survey techniques… therefore in recent years, initiatives to analyse large and extensive datasets collected by hunter interviews have increased”. This combination of methods has enabled wildlife biologists to optimise their sampling strategies because of the difference in detection probabilities when different survey methods are used.

For example, a study on the pangolins (Manis pentadactyla and Manis javanica) in Vietnam in 2008 found that information on locations to create distribution maps and range were higher from interviews than those using classical survey techniques such as sign and spoor survey or camera trapping.

Combining field methods with interviews of hunters has helped create a rich database in places where there is a paucity of information. Based on such baseline studies, there is scope to design and implement other in-depth assessments.

Studies from Northeast India have also documented the pattern of hunting activities in multifunctional landscapes and recognised how such traditional practices proved to be the basis for natural resource management and community-based biodiversity conservation. However, there are limitations of using only hunter’s knowledge given the bias associated with such information.

But the situation is changing. As wildlife laws have become strict, hunters are vanishing. And along with them the knowledge of wildlife. When we did a preliminary study on the distribution of the Chinese pangolins in 2009-2010 in the tea estates in Darjeeling, we found that wildlife hunting was high, but we could hardly have an honest conversation with a hunter.

However, they were always ready to make a quick buck given the high demand for pangolin scales referred to as khapeta in the local language, which are believed to ward off evil spirits and neutralise the effect of poison. Hunters are considered outcasts and looked down upon by the rest of the community because of their occupation.

But hunters are not the traders. Interviews showed that traders were often high-ranking and well-connected people who could never be identified as potential criminals. Such was the system of wildlife trade. Hunters, on the other hand, were afraid of being identified and punished. Usually hailing from very modest backgrounds, as was apparent from their miserable homes and even modest meals, the middle-aged hunters seemed compelled to hunt due to a lack of alternative income opportunities as compared to the more boisterous young hunters, who did it for fun and a bit of adrenalin rush.

Our preliminary study used the hunters’ observations of how to find fresh pangolin burrows that most often gave a positive result. The Darjeeling Forest Division at that time was actively engaged with the tea estate and adjoining communities to spread awareness. There were talks of further strengthening the pangolin protection programme through the Darjeeling Forest Division enabling the hunters to become active conservationists. However, the process is yet to be formalised.

As a follow-up, we conducted new assessments in 2013 and 2016 and found that things had changed. Most estates had an active ban on hunting as a result of the Rainforest Alliance Certification, the world’s largest sustainable forestry standard. Sign surveys showed dismal records of fresh pangolin burrows across the larger tea landscape, but according to researcher S Pradhan, the 2009 study sites still managed to record a “good” incidence of the mammal. In 2013 and 2016, one thing stood out: the silence of the hunters.

More often than not, hunters and local people are considered the “antagonists” in conservation narratives. They are the ones who need to be instructed, taught and philosophically realigned towards pro-conservation thoughts and behaviour because “they” need to change. More extreme measures include coercive methods such as punishment and imprisonment which are supported and executed by the authorities.

Additionally, a growing number of poachers have turned active conservationists. Groups such as the Green Environment Conservation in the Manas National Park, Assam, and the Palians community of the Periyar Tiger Reserve in Kerala are examples of hunters who have turned protectors and are involved in community-based biodiversity conservation.

While pangolin meat still makes its way through the illegal trade routes from Darjeeling across international borders, we await published data on the population status or habitat of these animals from the region. Now, with the hunters completely silent, we may have lost a wealth of information that could have helped in designing better and effective monitoring and evaluation methods. While it may be deemed as a positive effect of conservation, something is deeply worrying about this vacuum. Will ecologists find a substitute for people with such in-depth knowledge or will they just let it go as something that is lost with the passage of time?

(The author is a PhD scholar at the Ashoka Trust for Research in Ecology and the Environment, Bengaluru)

This story was first published in the 1-15 October, 2017 issue of Down To Earth.