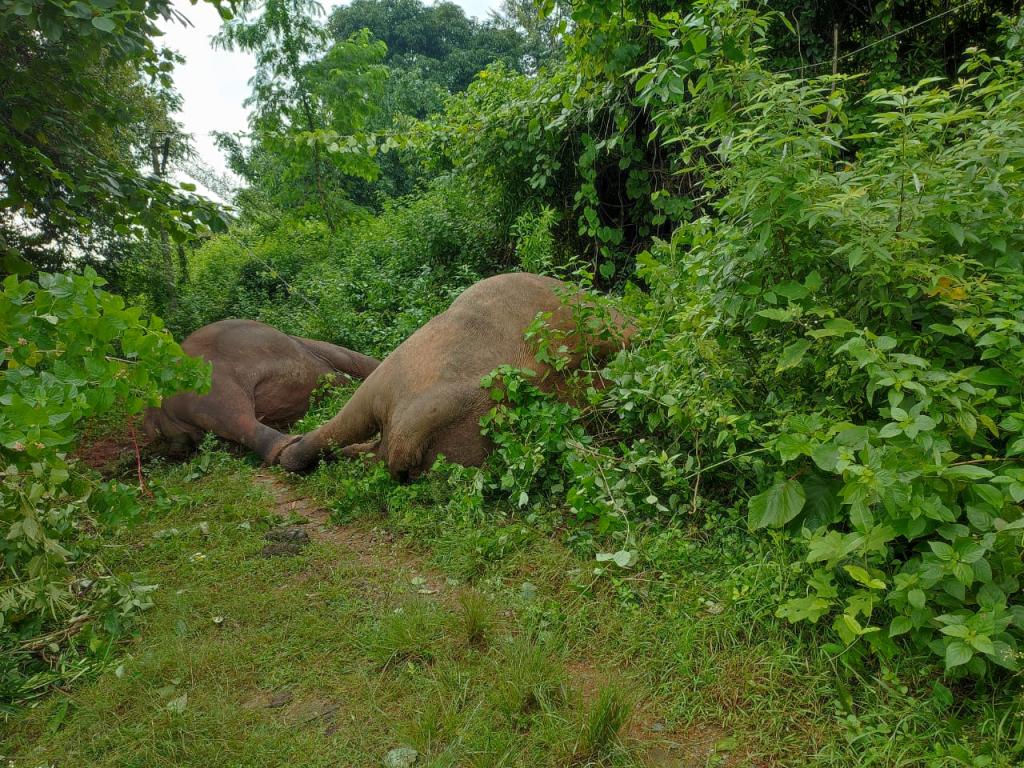 Wild elephants in Odisha face imminent danger from live electric wires. Several jumbos have fallen prey to low-hanging naked wires and even traps with live conduction by poachers, raising a serious question regarding their safety.

The latest incident happened in Krishi Vigyan Kendra. A herd of elephants had entered the 50-acre agricultural extension centre on August 24. Two animals came in contact with sagging overhead electric wires while feeding on the branches of a tree and died.

The carcasses of the elephants were recovered on August 25, 2022, said the Assistant Conservator of Forest, Keonjhar forest division, Ghanashyam Mahant.

Over 200 elephants died in India from 2018 to 2021, Union Cabinet Minister of Environment, Forest & Climate Change (MoEFCC) Bhupendra Yadav told the Lok Sabha on August 8, 2022. Out of the 222 animals, the maximum had died in Odisha — 51 deaths in three years.

An elephant was electrocuted to death on July 11, 2022, near  Golabai road in Odisha’s Khordha. Another such death was reported near Madhapur village under the Angul forest range on March 8, 2022.  At least seven elephants died of electrocution in 2021 in Odisha.

The electrocution of seven elephants together near Kamalanga in  Dhenkanal district on October 27, 2018, is recorded as one of the biggest ever tragedies in India’s wildlife history annals.

Inadequate patrols and lack of monitoring are to blame, said Jayakrushna Panigrahi, the secretary of Odisha Environmental  Society. “Many forest areas have naked overhead 11 kiloVolt and 33 kV power lines, which should be insulated to prevent hooking by poachers or accidental contact,” he said.

Guidelines for the management of human-elephant conflict in all elephant range states were issued by the MoEFCC in 2018. Further, the chief wildlife wardens had been directed to take up the issues with the electricity department to prevent the sagging of electric transmission lines and maintenance to minimum ground clearance as per the rule.

An advisory to deal with tiger and sympatric species mortality due to electrocution was also issued by the National Tiger Conservation Authority. It suggested field level and administrative level actions, added Panigrahi.

The state energy department had also released a Rs 445.75 crore fund in October 2021 to power distribution companies in Odisha to increase the ground clearance of the electrical transmission networks (low tension 33 kV and 11 kV wires). Bare conductors were to be replaced and electric wires were to be enveloped in elephant corridors and movement areas to prevent electrocution of the elephants.

The Odisha Forest department statistics state that around 120 elephants were electrocuted in Odisha between 2009 and 2019. “These deaths could have been avoided had electricity companies taken precautionary measures to prevent poachers from exploiting structural vulnerabilities, such as the unprotected AB switches,” said Sangita  Iyer, noted biologist and the founder of Voice for Asian Elephants Society.

This gross neglect was also visible when seven elephants died together in 2018. However, nothing has changed since then. Forest and electricity officials claim that they are taking action, but no results are visible, Iyer said.

“The world watches in utter disgust and embarrassment as the senseless elephant deaths unfold unabated,” she added.