The species, proposed to be named as Indian fringe-lip eel was found in the waters of Paradip and Petuaghat harbours 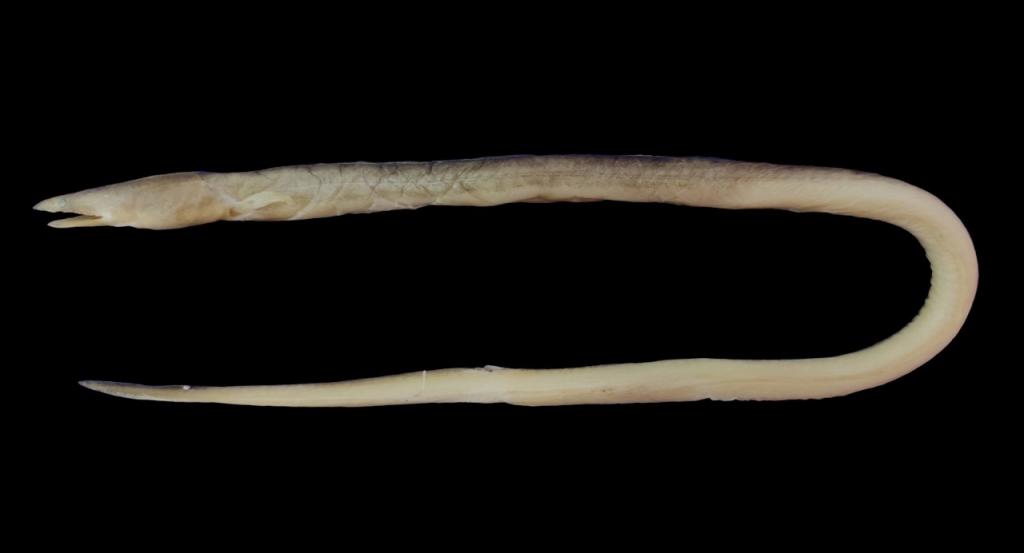 Researchers have discovered a new species of snake eel from the ports of Paradip in Odisha and Petuaghat harbour in West Bengal along the Bay of Bengal.

The genus of the species is Cirrhimuraena. It is part of the Ophichthidae family of snake eels and its order is Anguilliformes.

The researchers found six specimens of the new species from Paradip, while two others were found from Petuaghat harbour in October 2019 and January 2020 respectively.

They concluded that the new species belonged to the same clade as Cirrhimuraena chinensis and was separated from it morphologically and genetically.

Cirrhimuraena chinensis is a tropical, marine eel that is known from China and Papua New Guinea, in the western Pacific Ocean.

The scientists have proposed the name of the new species as ‘Indian fringe-lip eel’ or Cirrhimuraena indica.

The research been published in the recent edition of Fish Biology, an international journal.

Mohapatra, who led the research said when fresh, the colour of the dorsal side of the body of the fish was light brown and the ventral side slightly pale. The fins were uniform pale brown. The length was between 232 to 512 mm.

There are 12 nominal species belonging to the genus Cirrhimureaena known in the Indo-West Pacific.

“The genus is represented in Indian waters by Cirrhimuraena playfairii or the fringe-lip snake eel that is reported from the Godavari estuarine system.

During the present study, we came across eight specimens of the genus Cirrhimureaena, that are identified here as a new species and differ significantly from its congeners,” he said. Mohapatra said they had preserved the species in the ZSI Gopalpur and Kolkata centres for further studies.

It was the second new fish species discovered by researchers from the Odisha coast in the past two years. In 2018, researchers led by Mohapatra of ZSI, Gopalpur, had found a new species of moray eel — a snake-like fish from the Bay of Bengal at Gopalpur-on Sea — a fishing town in Odisha’s Ganjam district.

The scientists named the species as Odishi moray (scientifically named Gymnothorax odishi) as it was first sighted in Odisha.

“Before we found the Odishi eel, there was only a single species of brown short unpatterned eel – Gymnothorax mishrai known from India. With this finding, the number of Indian species has now risen to two,” said Mohapatra, He said there were 200 species of moray eels in India.