Around 349 hectares cleaned on first day; drive to continue for a few more days 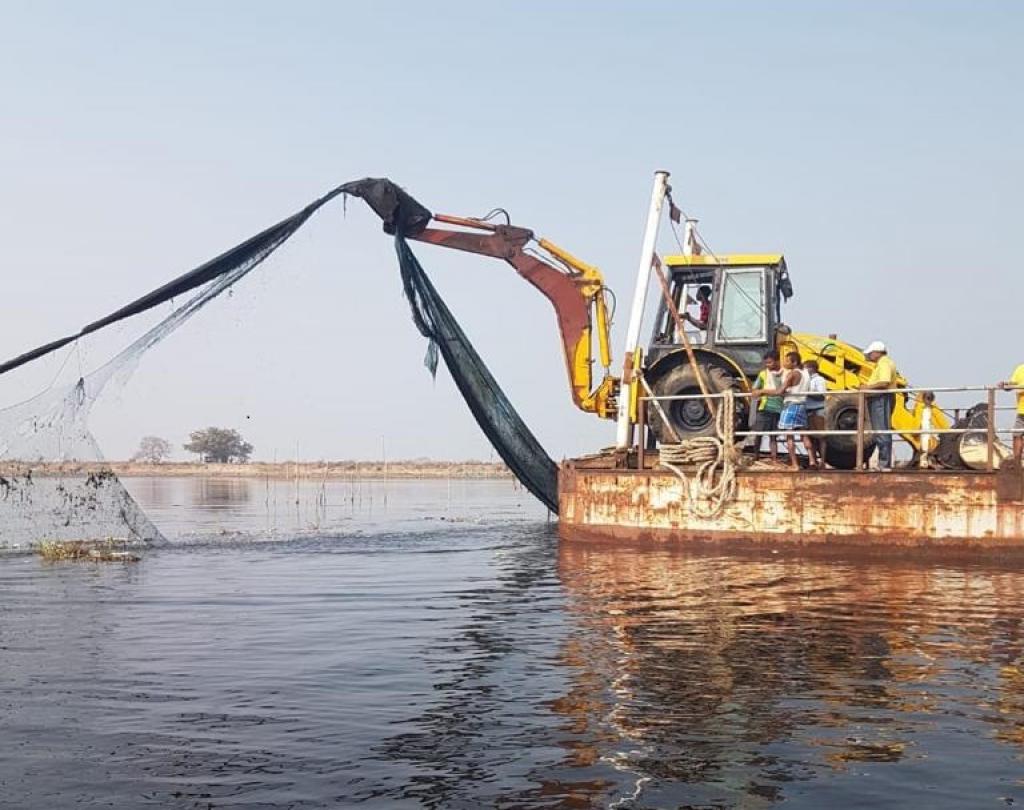 The Odisha government started evicting illegal prawn gherries (enclosures) February 28, 2021 from Chilika lake. Around 349 hectares were cleaned on the first day of the drive, carried out by the Chilika Development Authority (CDA), the regulatory body for Asia’s largest brackish water lagoon.

The total area under illegal prawn gherries has not been assessed so far. The CDA aims to evict around 40 square kilometres, said Nanda, adding that the eviction is a continuous process.

The novel coronavirus disease (COVID-19) pandemic hampered the drive in 2020, Nanda said. In 2018-19, the CDA cleaned gherries in around 160 sq km area of the lake, official sources said.

CDA deployed at least 20 labourers and a dozen boats to evict the net gherries, allegedly erected by some unscrupulous persons inside the blue lagoon to cultivate prawn. “Senior police officers and revenue officers were also present during drive,” Nanda said.

“Experts have been demanding that Chilika be made free of gherries to protect and improve its ecological health,” said environmentalist Prafulla Samantara.

The Supreme Court had on April 3, 2017 asked the chief justices of high courts in 15 states to take up the issue of conservation of ecology of important wetlands. Out of 26 major wetlands in 15 states, Chilika and Bhitarkanika National Park are from Odisha.

The Odisha High Court then issued orders to the state government on January 22, 2019 to evict prawn farms from these two wetlands.

As many as 1,242,826 birds of 190 different species had visited the blue lagoon in the winter of 2018-19. Sources cited the removal of encroachments as the reason for the same.

The endangered Irrawaddy dolphins found in the lake have been able to swim freely after the eviction of gherries. These dolphins were sighted in Ganjam district’s Rambha area for the first time in three decades, said sources.