The rainfall only covered 10% of Similipal, said a senior forest official 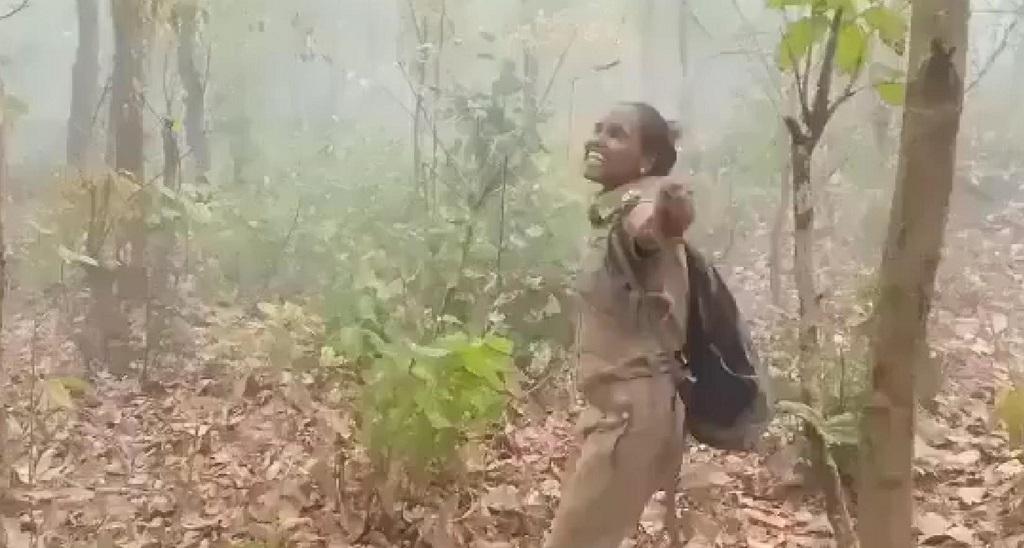 The video of a forest guard from Pithabata range dancing at the arrival of the rain has gone viral.

Unseasonal rain near Odisha’s Similipal Tiger Reserve (STR), which has been burning for over a fortnight, brought a sigh of relief to locals, forest officers and firefighters on March 10, 2021.

Forest guards, some of whom termed the two-hour long rainfall a ‘divine intervention’, were seen rejoicing. The video of a female forest officer dancing in the rain to celebrate its arrival has gone viral on the Internet and social media platforms.

The region received 10.6 millimetre rainfall between 4pm and 6pm, said HR Biswas, director of Indian Metereological Department, Bhubaneswar. Monsoon in Odisha begins in the first week of June and rainfall in March is rare.

The showers, however, may not be enough in putting out the wildfires that have engulfed Similipal, Asia’s second-largest biosphere reserve, located in Mayurbhanj district. The rainfall was moderate and confined to the district’s Karanjia area, 20 km from STR.

“We are happy that there was rainfall in some areas near STR. But the rain has covered only 10 per cent of Similipal. We are continuing our works to extinguish the forest fires in and around STR.”

On March 10, the PCCF released a press statement saying there were only 24 fire points in Similipal and the ongoing efforts by the different agencies of the state government has managed to bring the fire in control.  No damage to wildlife or humans has been reported so far, he said.

The Similipal Tiger Reserve is spread over 2,750 square kilometre (sq km) and includes 2,307 sq km of sanctuary. To tackle the fires, in addition to 750 regular staff, 800 additional fire watchers have been deployed in the area, the officer shared.

Two 25-member teams of Odisha Disaster Rapid Action Force and 20 fire service officials have also been engaged. Around 400 leaf blowers have been put to service in Similipal, Pal said.

A mass awareness drive is underway in areas vulnerable to forest fires to sensitise the residents, he added. “The state government has also urged locals to co-operate with forest staff in abating the fires and assist in preventing miscreants from setting areas in and around Similapal on fire in future,” added Pal.