Rhino horn and conservation: to trade or not to trade, that is the question

Over the past nine years 5,940 African rhinos have been killed for their horns 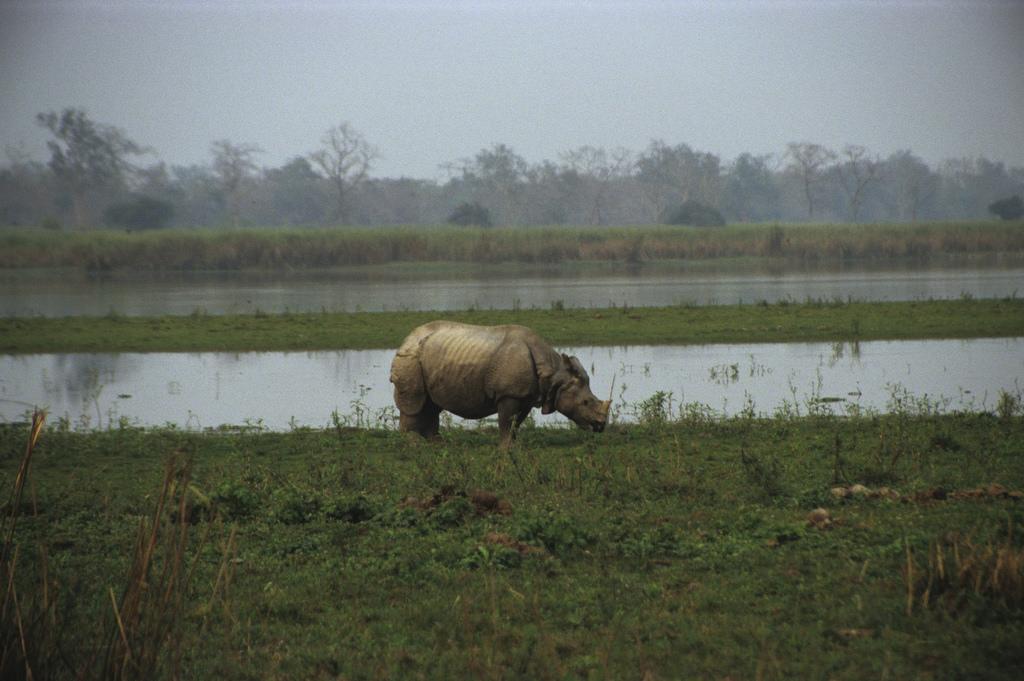 Africa’s rhinos are seriously threatened by poaching, which feeds the demand for rhino horn in Vietnam and China. Rhino horn is a long-used ingredient in Chinese traditional medicine and is now even more eagerly sought after in Vietnam. It is a lucrative business. Rhino horn can fetch up to US$60,000 per kg on the illegal market and is worth more by weight than diamonds or cocaine.

Anti-poaching and conservation programmes enabled a recovery to a population between 5,042 and 5,455. White rhino rehabilitation was even more dramatic with numbers as low as 50 in the wild in the early 1900s. They are now back up to between 19,682 and 21,077.

They nevertheless remain under serious threat. South Africa, home to the majority of Africa’s white rhino, has borne the brunt of the offensive. It lost at least 5,061 rhinos between 2008 and 2015.

There have been a number of initiatives to protect both black and white rhinos from extinction. These have included:

In addition to these efforts I believe that there should be space for a legal, regulated trade in rhino horn. Supplies could be harvested, without harm to the animal, from live rhinos' natural mortality ivory and the large horn stocks held around Africa.

The subject will be hotly debated at the upcoming CITES conference in South Africa, where some countries are expected to apply to be allowed to trade legally in rhino horn. They will argue that the income will be used for conservation funding, anti-poaching measures and community schemes to improve rhino protection. Proponents for rhino horn trade believe the money can be used for conservation. Keith Somerville

The case for and against

The countries most affected by this debate are those that are home to most of Africa’s rhinos.

Small black rhino populations can be found in Kenya, Malawi and Zambia. The west African black rhino was declared extinct in 2011.

The idea of lifting the ban is vehemently opposed by wildlife and animal welfare NGOs such as Born Free, the Environmental Investigation Agency and the International Fund for Animal Welfare. It is also opposed by many Western governments, and Kenya, which burned its rhino horn and ivory stocks at a public ceremony at the end of April.

Born Free argues that legal trade would expand demand, lead to increased poaching, and hasten rather than prevent the extinction of the rhino.

Swaziland has applied to CITES for permission to trade. It will request permission to sell its existing stocks to a small number of licensed retailers in the Far East. It also wants to sell harvested horn, at the rate of 20kg per annum, to these retailers.

Its formal proposal says income from a legal, non-lethal trade would:

… greatly ease financial pressure at a time when Swaziland’s rhino parks are struggling with the recent surge in rhino protection costs.

Swaziland has 330kg in stock and can produce at least another 20kg a year. Rhino breeder John Hume told me that South Africa has stocks of 32 tonnes of horn, 22 held by government and the rest by private owners. Namibia and Zimbabwe also have large stocks and the potential to produce horn supplies from dehorned rhino and natural mortality.

The proceeds from the sale of stocks will raise approximately $9.9 million at a wholesale price of $30,000 per kg. That amount will be placed in an endowment fund to yield approximately $600,000 annually. In addition, the proceeds of the annual sale of 20kg will raise a further $600,000 yearly, bringing total recurrent annual revenue from horn to $1.2 million. If matched by the legalisation over time of sales by other range states, it could help drive out illegal trade. Pelham Jones of the Private Rhino Owners' Association argues that legal sales set at $10,000 per kg would undercut the illegal market by selling legal horn below the current black market prices.

This would make illegal horn more expensive. It would also be less attractive in terms of potential risk of seizure and prosecution to buyers than legally available horn.

Other trade proponents talk of a central selling organisation for rhino horn, a version of De Beers diamond cartel.

June Wiltshire, a business specialist in favour of the trade, told me she advocated the controversial approach of dealing directly with the current illegal rhino trade kingpins. The major drawback is that they don’t just deal in rhino horn but a range of illegal wildlife products, drugs and people trafficking.

The Swaziland bid at CITES will be rejected. But the start of a discussion at CITES and the placing of the trade issue on the table internationally could lead to change in the future.

There is a strong possibility that, even after the rejection at CITES of the Swazi plan, the Southern African Development Community would support Swaziland’s position, with the likely abstention or possible opposition of Botswana and South Africa.

A much more coordinated regional plan would be the best way to work towards a regulated, secure and legal trade as part of a range of community and income-generation instruments along with fully funded security measures to protect rhinos in the future.

The way forward won’t be easy.

I strongly believe that the trade ban has not worked and will not work now. Rhino horn is a resource that can be harvested non-lethally and sustainably. It can earn income to encourage breeders, pay rangers and anti-poaching teams realistic salaries, provide sophisticated surveillance and supply benefits that will gain the support of people around parks, reserves and ranches. This will help support conservation because it is in their interests to do so rather than help poachers out of dire need.

But the pro-trade camp needs to get its act together and develop a sophisticated, viable trade scheme that does not appear to reward criminal syndicates and to present their case thoughtfully.