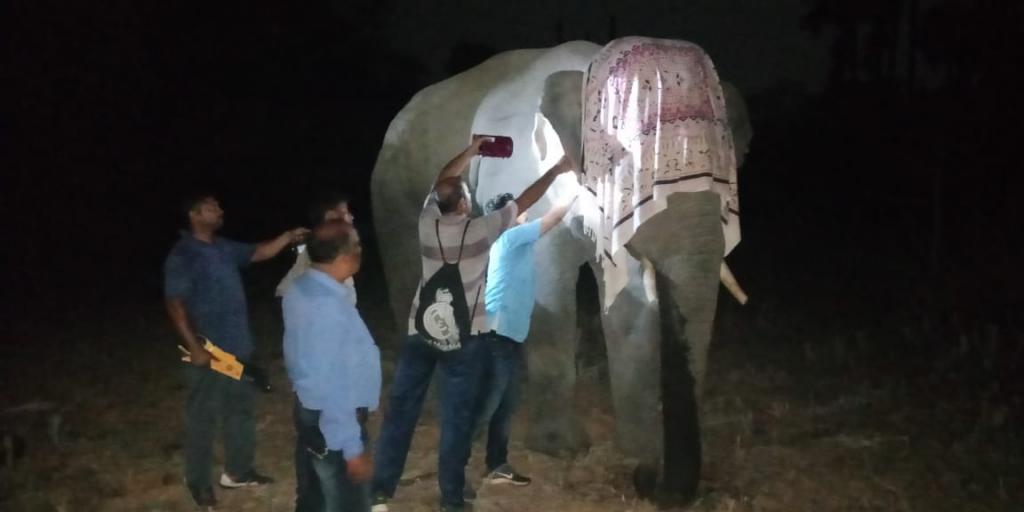 The rogue elephant that killed five persons on April 18 was de-tusked on April 19 night at a forest near Talcher in Odisha’s Angul district.

It took more than 12 hours for forest officials to tranquilise the wild elephant. The authorities decided to capture it after local protests. A contingent of forest officials, veterinary doctors and tranquiliser experts were employed.

After forest officials spotted the animal at Kholua on the banks of the Bramahani river near Talcher, veterinarians from Bhubaneswar’s Nandankanan Zoological Park  fired shot tranquilizing darts. Following this, officials de-tusked the rogue elephant.

Indramani Nath of Odisha University of Agriculture and Technology (OUAT) administered the first shot, which was followed by a mild dose.

“It was difficult. Forest personnel from Angul and a team from Nandankanan had a tough time until the operation ended successfully around 9.30 pm,” said V Kartik, divisional forest officer of Angul.

The de-tusking was to ensure behavioural changes in the elephant and to prevent it from resorting to violence, he added. The department is yet to decide whether to release the elephant in the forest.

“We are happy that officials managed to remove major portions of its tusks. We urged them to relocate the elephant from our forest to other areas or a zoo,” said Sagar Jena of Talcher. Several villagers earlier blocked the main road there with a similar demand.