Tasmania whales stranding: Climate change ‘among other factors’ can cause such events, say experts 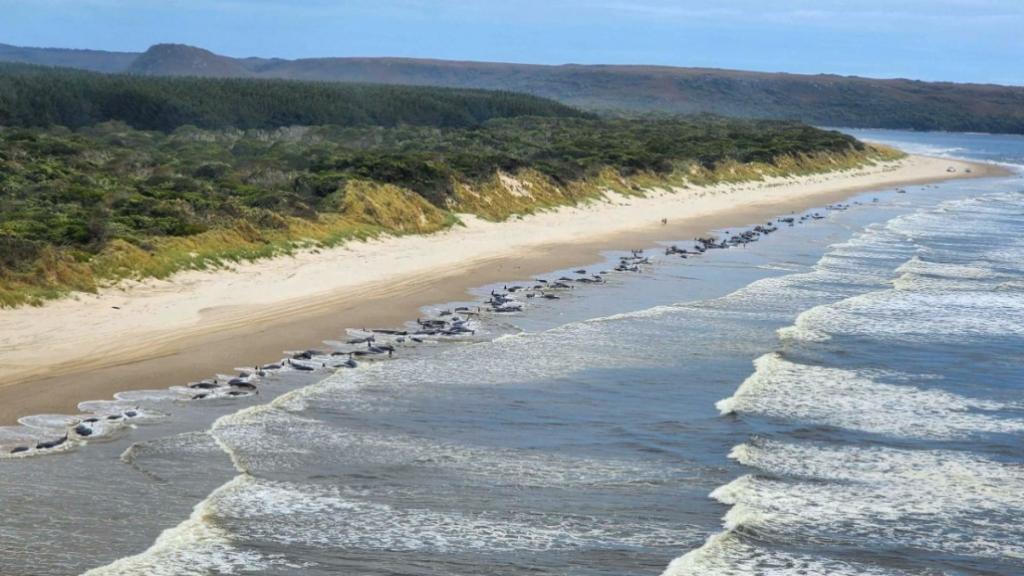 Climate change, among other factors, can cause mass whale strandings, leading to deaths, experts have told Down To Earth, a day after over 200 pilot whales stranded in Tasmania perished.

However, there is still a lot that is not known about this phenomenon, according to them.

Olaf Meynecke, marine scientist at Griffith University in Brisbane, Australia told DTE that climate change, among other factors, could play a role in such stranding events.

This was especially true when whales were in compromised physical conditions because of changes in food availability, he added.

“We have documented drastic changes in the marine environment (as we have on land). In the ocean, the base of the food web (plankton) is much more fluent (fluid) than on land (plants generally do not shift their locations in short time scales),” Meynecke noted.

Food could be missing from traditional feeding grounds due to climate change and whales might look for new food sources that could bring them closer to islands and land, he explained.

“Both, the pilot and sperm whales are offshore species that hunt at the edge of the shelf and deep canyons,” Meynecke said.

Dipani Sutaria, Gujarat-based ecologist and expert on marine mammals, stressed that climate change did not have a ‘direct’ link with mass strandings.

“Climate change can lead to oceanographic changes such as changes in warm water and cold water currents or upwelling. These can lead animals to migrate to a new area where they can get stranded,” she told DTE.

Upwelling is an oceanographic phenomenon that involves wind-driven motion of dense, cooler, and usually nutrient-rich water from deep water towards the ocean surface.

However, Sutaria added that in the Tasmania incident, the location of the stranding, Macquarie Harbour, had witnessed another mass stranding in 2020 as well:

Whales have evolved over thousands of years to use different cues while navigation. We do not know enough as to what all those cues are. But there is this strange thing that these mass strandings seem to be happening all over the world at the same spots. In India too, they occur in West Bengal, Tamil Nadu and the Andaman and Nicobar Islands.

She also added that mass strandings had been happening well before the Anthropocene started. Indeed, these incidents have been noted in the time of the Greek philosopher Aristotle, according to Karen Stockin, a whale stranding expert at New Zealand’s Massey University.

Whales navigate through a mechanism known as ‘echolocation’. They emit calls and listen to the echoes that return from various objects near them. They use these echoes to locate and identify the objects.

Strandings occur when animals become disoriented (their echolocation or bio sonar mechanism is disturbed) in shallow complex areas, when they are sick, fleeing from a predator, due to poisoning from pollution or algal blooms.

Strandings are very often linked to human activities, especially mortality in fishing nets and sometimes due to naval sonar.

Remains of the day

“Two of the 32 whales re-stranded and the team was able to use the same technique to release these again into the deep waters,” a statement from the department said.

It added that there were three remaining whales alive on the beach which the rescue crew were unable to access due to the challenging location and tidal conditions. “The rescue team will attempt to access these whales again tomorrow morning,” the statement said.

“In most cases, a human cannot do much about anything that weighs more than a tonne. There are logistical constraints. Taking such animals into rescue centres is just not feasible. They are also carnivores. So, it is a logistical nightmare.

“Also, we don’t have much knowledge about these animals,” Sutaria said, when DTE asked her about whether people had got any better at helping stranded whales.