While Sundari was recently captured after it killed two people, Mahavir was found dead yesterday 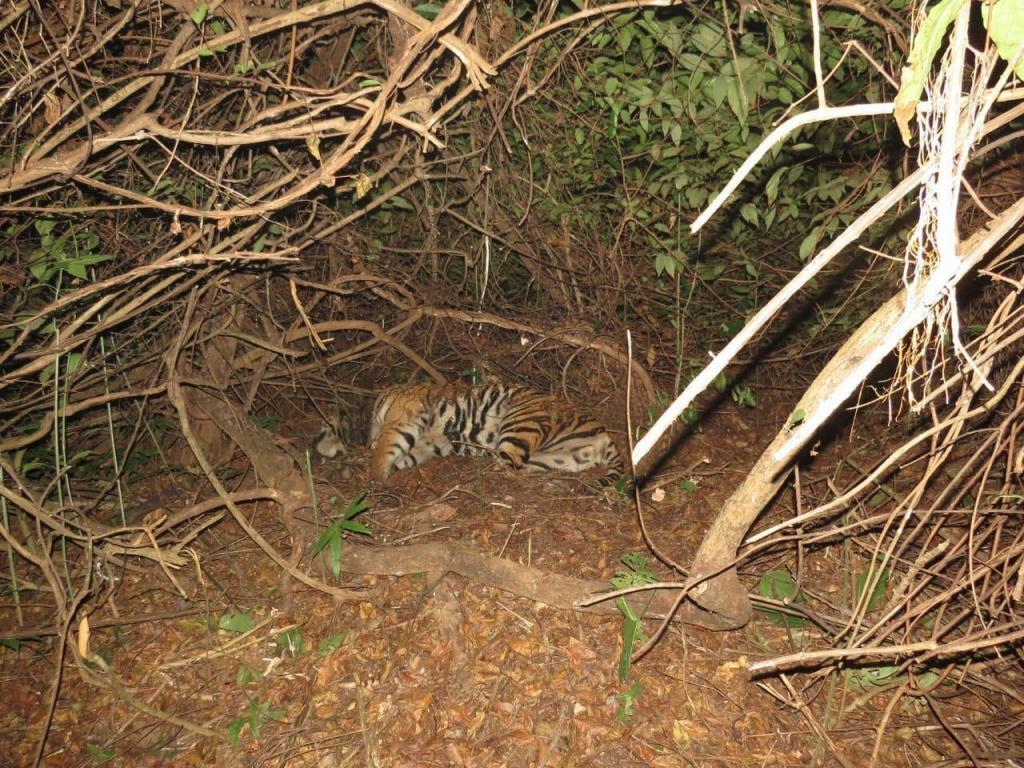 The Satkosia Tiger Reserve authorities say a maggot-infested wound in the dorsal neck region of the three-year-old male tiger may have killed it. Credit: Odisha Forest Department

The series of unfortunate events continue in the Satkosia Tiger Reserve (STR) of Odisha. While one of the two tigers translocated to the park from Madhya Pradesh turned man killer and had to be tranquilised, the other tiger named Mahavir was found dead on Wednesday, November 14.

Following Mahavir’s death, the National Tiger Conservation Authority (NTCA) has temporally halted the translocation project, said Anup Nayak, additional director general (Project Tiger) of NTCA. The MP forest department, after translocating two tigers—Sundari and Mahavir—to Odisha, sent a third tiger to Sanjay Dubri National Park in Sidhi district of MP. But, in July, due to local protests against the translocation, Madhya Pradesh had pulled out of the project.

According to a statement released by the Satkosia Tiger Reserve, a maggot-infested wound in the dorsal neck region of the three-year-old male tiger may have been the reason for the death. “The tiger monitoring team reported about the mortality of translocated male tiger which was brought from Kanha TR, Madhya Pradesh. The incident occurred 500 metres from Raigoda to Nuagada forest road inside the Nuagarh forest reserve of Athagarh forest division,” said the release.

In June this year, Mahavir, was translocated from Kanha Tiger Reserve in Madhya Pradesh. This happened after the STR authority’s proposal for a tiger translocation project was approved by the NTCA in October 2017. “The tiger got caught in a trap set for deer and sustained injuries while trying to free itself. It died because of lack of professionalism and expertise from the forest department. The whole translocation process was a bizarre exercise to begin with,” said Biplab Mahapatra of People for Animals, Anugul.

Sundari was also translocated to STR from Bandhavgarh National Park in Madhya Pradesh. She killed two people and was later tranquilised on the day of Diwali (November 7).

The STR, in 2007, when it was declared a Tiger Reserve by the NTCA, had a population of 12 tigers. But its tiger population in 2018 had come down to two in 2018, according to the forest department. However, local wildlife experts put the figure at one. Following the wipe out of tigers in Panna Tiger Reserve (Uttar Pradesh) in 2009 and Sariska Tiger Reserve (Rajasthan) in 2004, STR is the latest to, more or less, witness its entire tiger population vanish.

(With inputs from Ashis Senapati)