From the wick to the bulb

Forty thousand years ago, in the caves of Lascaux in southern France, our ancestors lumped animal fat in hollowed-out stone to make lamps.

Early settlers in the Shetland Islands would fix a petrel carcass to a base of clay, thread a wick down its throat, and set it alight. In many civilisations people caged fireflies, some used a lit chunk of dried salmon on a stick, and whale oil was so valued as a light source that hunters nearly drove whales to extinction. Such early flames gave off foul odours and required constant tending.

People went to bed as soon as day's chores were done. Jane Brox takes us through the improvements in wicks, vessels, fuels and ways to ignite them. It was a gradual process and the wealthy and the powerful were always the first to acquire new ways of light. A brilliant section in the book describes how coal gas street lighting changed public behaviour in the late 18th century Europe. 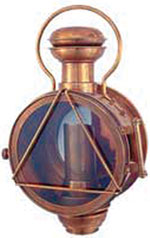 Drinkers could move safely between taverns, instead of perching on a single tavern stool all night. The streets became rowdier—prostitutes confined to brothels could sell their wares on streets. With increased mobility and safety, those who could afford lighting stayed up later. Those who lived near the gasworks endured dangerous emissions. A new form of environmental injustice was born.

Brox's story makes a critical turn with Edison's development of the incandescent bulb. Brox traces the spread of cheap electricity, again surveying the poor and rich gulf. As urban lighting improved, the gap between city dwellers and country dwellers—still tethered to the rhythm of sun and moon—grew more.

Eventually, Brox writes, "the illuminated city….and liveliness of its night came to define almost completely what it meant to be urban and urbane."