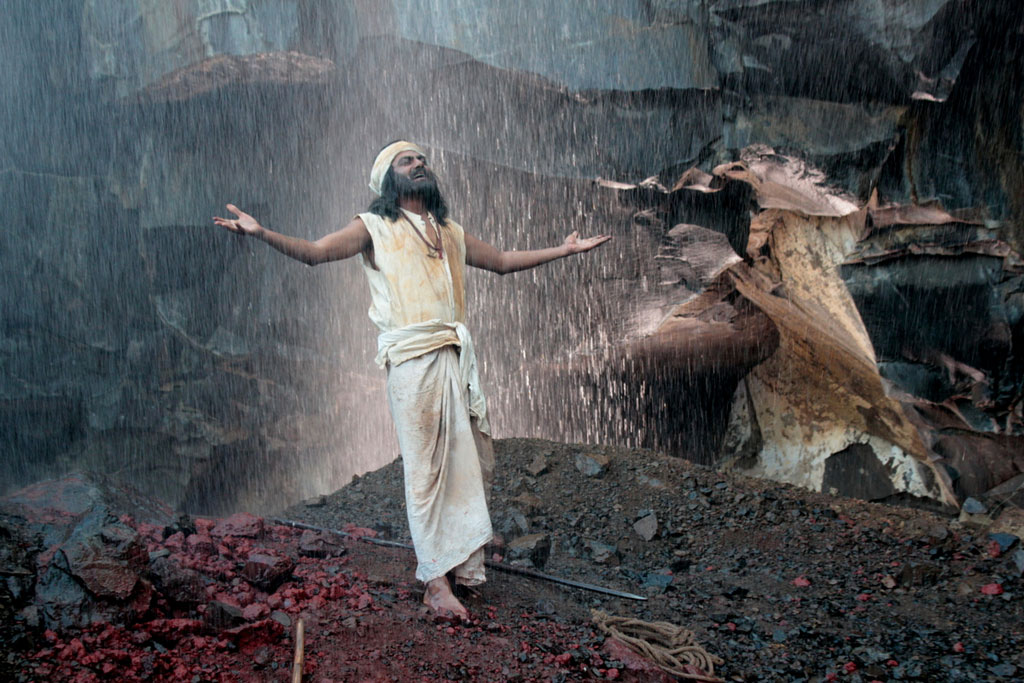 Every Friday, the release of any new Bollywood film gives lots of goosebumps to its producers, financiers and distributors about its success, due to lots of money spent on its making. In addition to all ingredients of good story, script, star cast, director, good production values and music, they use every possible method for its success, right from the launch of the trailer, music launch, reportage of controversies during its making, publicity on social media and websites. And finally, when the film gets ready for release, its promotion is done through print media, on radio, TV channels (both Hindi & English) and through posters.

If the film is a success, we hear about the lots of moolah the film has raked in and the crores club league that it has entered into as a successful commercial film. And those not doing well are given other taglines—washout, moderate or recovered cost.

On the other side, realistically-made contemporary films are also picking up in the present era of multiplexes. With less budgets and all the tricks used for its success as done by commercial films stated above, realistic contemporary films have catapulted into the same bracket as commercial films. Good production values, decent star cast, intelligent directors add to their success. Though not entering 100 crore clubs, many films have done well in the recent past. “Vicky Donor”, “Kahani”, “Lunch Box”, “Piku” are some of them. All of them have conveyed their message very ably and succinctly. Multiplex audiences have good appetite for decent films and that is why contemporary film makers are coming out with realistic films.

In the end of August, 2015, two new Hindi films were released. On the surface, they seem to be entirely dissimilar. But peer a little closer and you will find that both movies have an uncanny similarity. Both have serious national topics of concern as their central themes. Both are concerned with the past, present as well as future of India’s populace, especially the rural one.

Manjhi-the Mountain Man, released on August 21, is a biopic of an extraordinary individual, Dasrath Manjhi (1934-2007), a poor Dalit man who lived in a remote village Gehlaur in Bihar’s Gaya district. Gehlaur was separated from the nearest town by a forbidding hill. The film talks about Manjhi (played by Nawazuddin Siddiqui) and his life in the village where Manjhi lives as a landless labourer, works in the brick kilns of the local landlord. He and his wife, Phaguniya (played by Radhika Apte), have a son and are expecting their second child. But one day, tragedy strikes as a heavily-pregnant Phaguniya trips down the hill while climbing it and gets seriously injured. Since his village does not have a hospital, Manjhi treks over the hill with his injured wife to the nearest town, Wazirgunj. However, she breathes her last at the hospital, with doctors able to save the child, a daughter. An enraged and bereaved Manjhi now has only one mission in life—to carve out a path from the mountain, a shortcut, which could have saved his beloved wife and with which others, may benefit. He sets out to do this, armed with only a sledgehammer and a chisel.

Also read: An interview with Ketan Mehta, director of Manjhi

The other, Kaun Kitney Paani Mein Hai, released on August 28, is a satire on society as a whole. Like Manjhi, Kaun Kitney Paani Mein Hai too is set in rural India, this time in Odisha. The story is told through two villages, split long ago based on caste and money but never through water. The subject of the film is on water scarcity but rather than a preachy drama, it has tackled the issue in a satirical manner. It has Radhika Apte, Kunal Kapoor, Saurabh Shukla and Gulshan Grover in lead roles. This is the first time a love story (between Kunal and Radhika), is based on need of water. The director of the film, Nila Madhab Panda made his debut with the critically acclaimed “I Am Kalam”.

The film shows that through reversals of fortune, the old world order is broken and water becomes the biggest game changer. It has a domino effect on everything from social order to economics, even love and marriage. The film takes a satirical look at respect for resources, caste divides, and rural life against the backdrop of a traditional love story but all set in a realm where water is the new currency.

Both Manjhi and Kaun Kitney Paani Mein Hai delve into issues which have tremendous social relevance in today’s India: road connectivity and water conservation. Both try to tell their story in all earnestness. But their treatment of the subject matter is different. While Manjhi succeeds in convincingly showing the determination of Dashrath Manjhi in cutting his way through the hillock despite a host of obstacles like drought, famine, snakebite, corruption and the general apathy of those around him, Kaun Kitney Paani Mein Hai is more of a satire and the water issue gets overshadowed by caste conflict in the film.

Can we learn from the films?

India inherited a poor road network at the time of independence. National Highways Authority of India was established in 1988. But the actual road development started happening in India only after 1995.

Today, we have national highways, state highways, expressways and rural and urban roads. But these are not enough. India has a poor record of paved and unpaved roads, as compared USA & France which have predominantly paved roads of high quality. But the most pitiable state of affairs is of rural roads. And the situation has not improved much despite the government pumping in money through schemes such as the Pradhan Mantri Gram Sadak Yojana. And Manjhi has rightly conveyed the message of having good roads in rural areas as well so that no other Phagunia dies at the time of childbirth. Providing good healthcare in remote areas is the other message conveyed.

Like road connectivity, water too is a very important issue facing India. Although India has made improvements over the past decades to both the availability and quality of municipal drinking water systems, its large population does not have robustly planned water resources. Water scarcity in India is expected to worsen as the overall population is expected to increase to 1.6 billion by the year 2050.

Nevertheless, the very fact that Bollywood is doing such conscientious films is cause enough for celebration. We do need more of these types of movies which give a message of development of infrastructure by keeping a perfect environment balance.