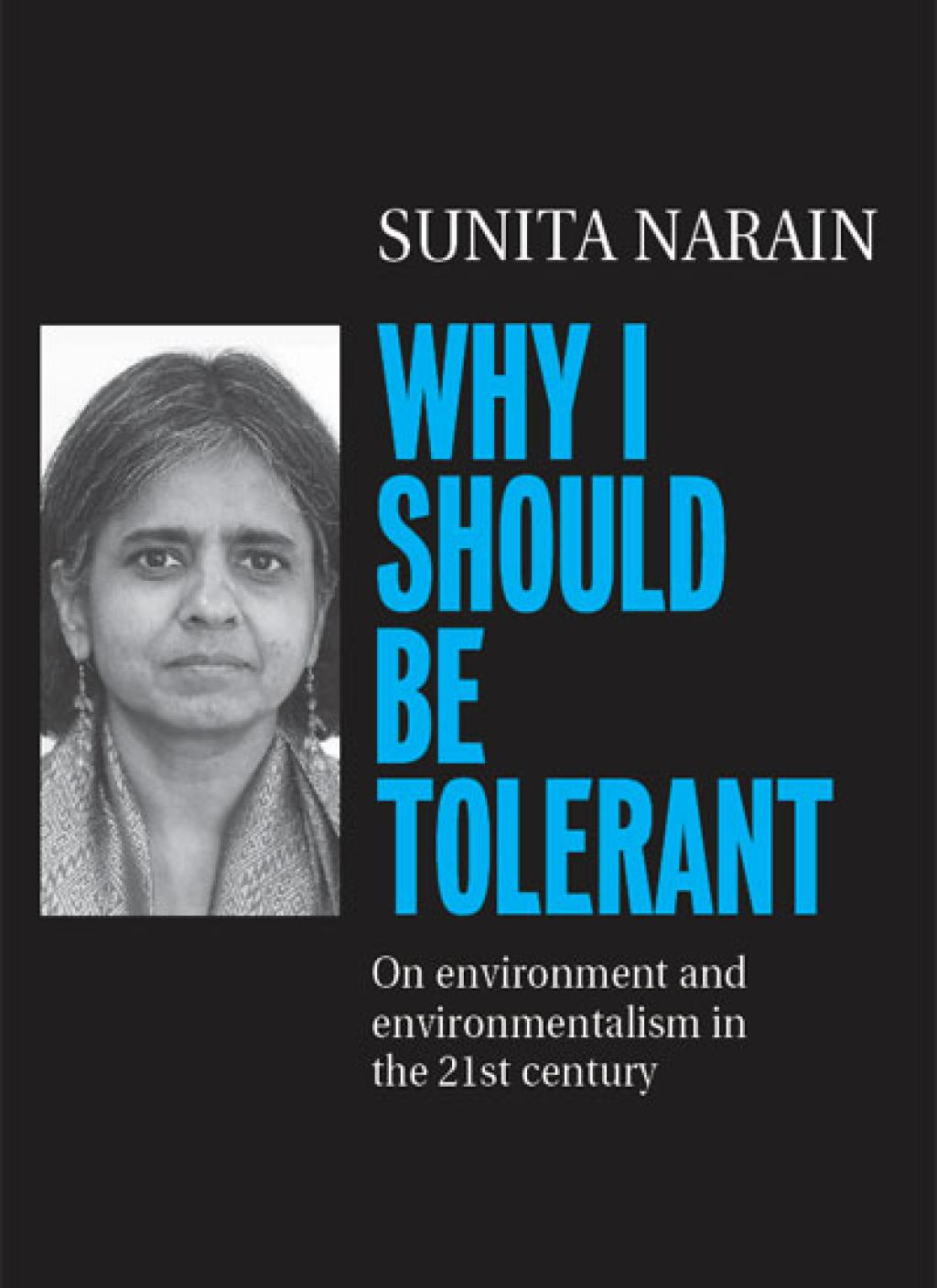 Why I Should be Tolerant

Written by noted environmentalist and Down To Earth Editor Sunita Narain, "Why I Should Be Tolerant" is a quasi-autobiographical book which chronicles the global development discourse from the 20th and 21st centuries. Narain, listed by Time magazine as one of the world's 100 Most Influential People, has captured the origin and context of the most important environmental issues of our times. Her essays delve into, among other things, the local-to-global connection, the problem of inequity, the "right" development model and most importantly, the role of the poor in the overall environmental discourse.
The book releases this World Environment Day and coincides with the 25th year celebrations of Down To Earth.
India
SUPPORT US