Union Minister of Commerce Piyush Goyal has stated that India is close to a trade deal with the United States. If India does sign a limited trade agreement with the US, followed by a comprehensive one, it would have a serious impact on our farmers, agricultural production as well as economy.

If India engages in a trade deal with the US, the biggest issue would be subsidies. The US is among the world’s highest subsidisers.

India was one of the countries that helped galvanise the developing countries group in the World Trade Organization (WTO) to fight US subsidies.

If it now allows import of subsidised US agricultural products through a trade agreement, it would not only be going back from its earlier stand at WTO, but also let down other countries who fought alongside it on US subsidies.

Let us take a look at some of the major products that would be affected due to an Indo-US trade deal. 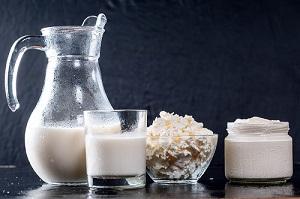 Milk product import is the most sensitive for India. In Maharashtra, farmers are already protesting as the gate price of milk has come down to Rs 17 per litre. The entry of US milk products in the Indian market will be devastating in this situation.

The US has lost 10 per cent of its exports to China in 2018 after a trade war began between the two. It has resulted in the accumulation of the highest-ever inventory of cheese — 600,000 tonnes — for the US.

America is now looking to dump this cheese on developing markets like India. This stock of cheese is equal to 12 years of India’s annual consumption.

Cheese and whey are integrated products. Those who manufacture cheese in large quantities, will also produce whey.

Currently, more than 1,000 tonnes per month of whey powder is being imported by India at a price of less than Rs 70 per kilogram, at just 30 per cent import duty, compared to the current price of Rs 130-150 per kg in India.

Such imported whey powder is being used as a cheap substitute for SMP (the current price of SMP in India is about Rs 280–300 per kg in the domestic market), resulting in losses on milk powder sales. This import is reducing the market price of milk.

In addition, there is the import of whey permeate powder, which is an even cheaper alternative to whey powder due to the removal of protein. Importers are continuing whey powder imports at lower duty rates, by using incorrect heading codes and numbers, which customs are not able to understand. This is providing unfair competition to domestic milk producers.

The current market price of Cheddar cheese (the main traded product in the international market) is around $3,500 / tonne (about Rs 250 per kg) as against an Indian price of around Rs 300 per kg.

However, imports have been kept in check through the present import duty of 30 per cent. Many players are already importing around 100 tonnes per month, by paying full import duty.

Most cheese produced globally contains rennet, which is obtained from the intestines of a calf. When rennet is used in cheese production, it makes the product non-vegetarian.

While India does not permit the legal use of rennet in cheese production, technically, it won’t be possible for the customs department to know whether rennet has been added.

The Indian government opposes feeding of bone meal to cows, a rampant practice in the US, since it affects religious sentiments. In the case of cheese, however, the US is putting pressure to remove labeling requirements that certifies such cheese as non-vegetarian. 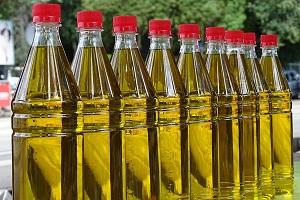 The US is the third-largest exporter of soyabean oil. The US-China trade war led to an 11 per cent decline in US oilseed exports for 2018, compared to 2017.

This led to a rise in soyabean stocks that were 1.07 billion bushels, as on December 3, 2019. The US wants access to a big market like India so that it can dump its surplus produce here.

India has the potential to produce more soya oil. There is no reason to weaken it by giving the US an entry to our market.

The US is the third-largest exporter of wheat globally. In 2018, it exported 25.47 million tonnes, valued at $5.5 billion and accounting for 13.1 per cent of the total global wheat export.

The Indian government’s removal of duties on wheat on December 9, 2016, resulted in the import of 5.9 million tonnes in 2016 -17. This proves that wheat imports are highly sensitive to any import duty reduction. Any reduction under the US-India trade agreement will lead to major imports into India from the US. 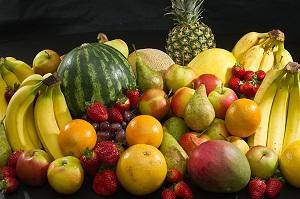 India mainly imports apples among fruits. From January to June 15, 2019, the US shipped 2.6 million boxes of apples to India — down 66.8 per cent from the 7.8 million shipped at the same time a year ago. The increase in import duty from 50 to 70 per cent reduced imports. Any decrease in import duty will cause a dumping of US apples in India.

The US is the world’s largest producer and exporter of almonds, accounting for more than 70 per cent of world almond production and more than 80 per cent of total world almond exports. Almonds are the top US agricultural export to India, with a value of $657 million in 2017.

India is the second-largest producer of walnuts, with a production of 607,810 tonnes.

If India allows imports of apples, almonds and walnuts, it will hurt Jammu and Kashmir, Uttarakhand and Himachal Pradesh. However, farmers’ incomes can be raised by controlling US imports.

India was the largest importer of pulses in the world in 2018, with imports at 2,336,582 tonnes. The US is a key global producer and exporter of chickpeas, lentils and dry peas.

The reasons for this fall in imports were government interventions like procurement, which expanded Indian production of many pulse crops, decreasing demand for US supplies. 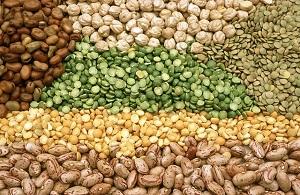 In 2018, tariffs on imported pulses from the US were raised once again, which immediately got reflected in the fall in import of lentils and chickpeas.

Instances of increases in import duty of pulses clearly reveal that it not only increased production but also exports from India. If the government now reduces import duty according to the trade negotiations with the US, it will lead to the dumping of pulses in the country.

To save its farmers, India must increase the import duty on cotton. But the Indian government is negotiating a trade agreement with the US to reduce the import duty. This is even more surprising since India has raised the issue of US cotton subsidies repeatedly at the WTO.

In 2017-18, US poultry imports to India stood at 572 tonnes. They rose to 797.73 tonnes for the April-January 2018-19 period, according to the Directorate General of Commercial Intelligence and Statistics.

US poultry imports to India are mainly frozen chicken legs. The US started exporting those parts of the chicken that are not consumed within America, which could be everything except for the fillet (main portion of the breast).

The cost of production is covered by the price of the fillet. From the perspective of the US producer, the rest is unimportant. Exporting chicken legs to developing countries is more profitable to US producers because there is a strong demand for them in India.

Any import duty reduction in accordance with trade negotiations will be devastating for India’s poultry sector. The sector is a growing one and generates income for rural farmers.

Any impact on poultry will also seriously affect soybean and corn growers because the poultry industry is the main consumer of corn and soymeal. 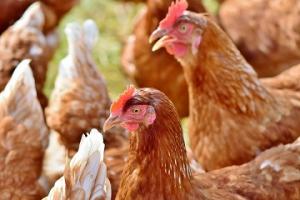 Similarly, US exports of rice, synthetic rubber and sugar to India would lead to grave losses to Indian farmers.

In addition, Indian farmers’ natural and legal rights over seed and planting material is also under threat. Most US trade agreements have TRIPS-Plus provisions.

An important strong-arm tactic used by industrialised countries to push for seed privatisation across the world is including it in bilateral or regional trade agreements. This allows large corporations like Monsanto or Syngenta to control seed trade in general and maximise profits from their seeds business by preventing farmers from multiplying and saving seeds.

The US is currently a successful exporter of all these agricultural products and will flood India with these products if India gives duty-free access.

In past FTAs, India has defended its agriculture sector, due to the implications on production, food security and livelihoods of millions of farmers. But under the US-India FTA, there is no hope for that as agriculture is a major interest for the US.