Drying up of MGNREGA allocation will shrink the rural economy further

The focus of MGNREGA has, over time, shifted from employment creation to asset creation 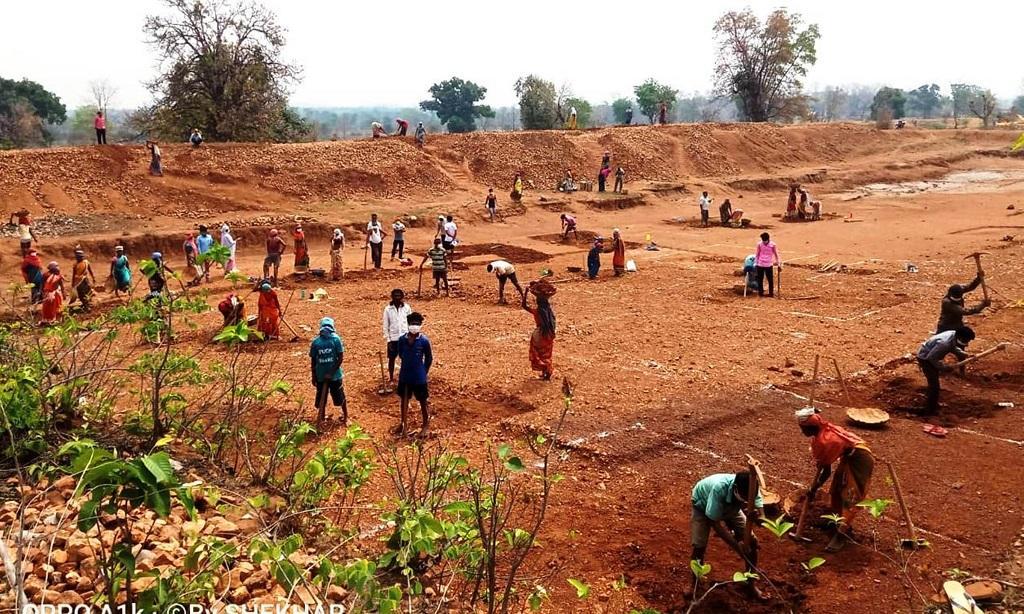 The funds allocated in the Union budget 2021-22 for implementing schemes under the Mahatma Gandhi National Rural Employment Guarantee Act (MGNREGA) were exhausted within the first half of this financial year.

The budgetary provision for 2021-22 was Rs 73,000 crore, of which Rs 79,810 crore has been spent. Many workers didn’t get paid; it may take at least a month until the next parliamentary session begins and a supplementary allocation is made.

The work will probably stop in at least 22 states, which have supposedly spent more money than they were allocated. Workers are less likely to get compensation at places where payments are pending. This is a blow to an already shrinking rural economy.

The recent Global Hunger Index (GHI) showed that hunger in India is still a serious issue. Delayed payments or lack of work in rural areas will only aggravate the issue.

The demand for MGNREGA work spiked during the early time of the novel coronavirus disease (COVID-19) pandemic; there was almost no other source for rural people to find work.

The migrant returnees needed work as most of them reached their home villages empty-handed. The budget provision for MGNREGA was Rs 61,500 crore in 2020-21; the estimate was revised to Rs 111,500 crores due to increased demand.

The employment scenario hasn’t fully normalised in rural areas — many migrant returnees are still in their villages. A 34 per cent less budgetary provision as compared to the last year’s revised budget is the major reason for this crisis.

There are other reasons too. The original focus of this Act was to create employment opportunities in rural areas mostly through earthwork. It was supposed to be a demand-driven programme; rural citizens were supposed to apply for work if they needed it.

But schemes have to be planned and designed: most MGNREGA plans were built around limited kinds of works such as construction or repair of kaccha road or di-siltation of ponds.

Gradually, many non-government organisations came forward and helped the Union government to develop models to create livelihoods and other assets, soil moisture conservation structures, water harvesting structures, forestry as well as toilets under the schemes.

One of the authors has also represented his organisation in one such committee that worked on individual benefitting schemes under MGNREGA. However, during these initial days, the focus was on creating employment opportunities in rural areas.

But the focus soon got shifted to asset creation. Implementation of schemes became more important. Several such schemes had material components. As their rose, a provision for material cost was created.

The ratio of labour and material components was decided at 60:40 at the level of Gram Panchayats, with the flexibility to have more material cost for some particular work. All these provisions gradually shifted focus towards scheme implementation from job creation.

Under the convergence programme, many other schemes were also integrated with MGNREA schemes. This enhanced focus on asset creation.

That’s how a huge chunk of money was spent on the material component.

Activist groups have been demanding an increase in the wage rate for MGNREGA schemes; it will be crucial to stopping forced migration. It will be even more effective if the number of days for guaranteed work can be increased up to 200 days from the current 100 days.

Increasing MGNREGA wage could have stopped many forced migration to cities for menial jobs and the rural economy can also be more vibrant.

Both the Union and state governments need to find out solutions to come out of this crisis situation. The bottom lines should be