States such as Odisha and Karnataka have started initiatives such as procurement of organic produce and linkages with PDS, ICDS and other schemes 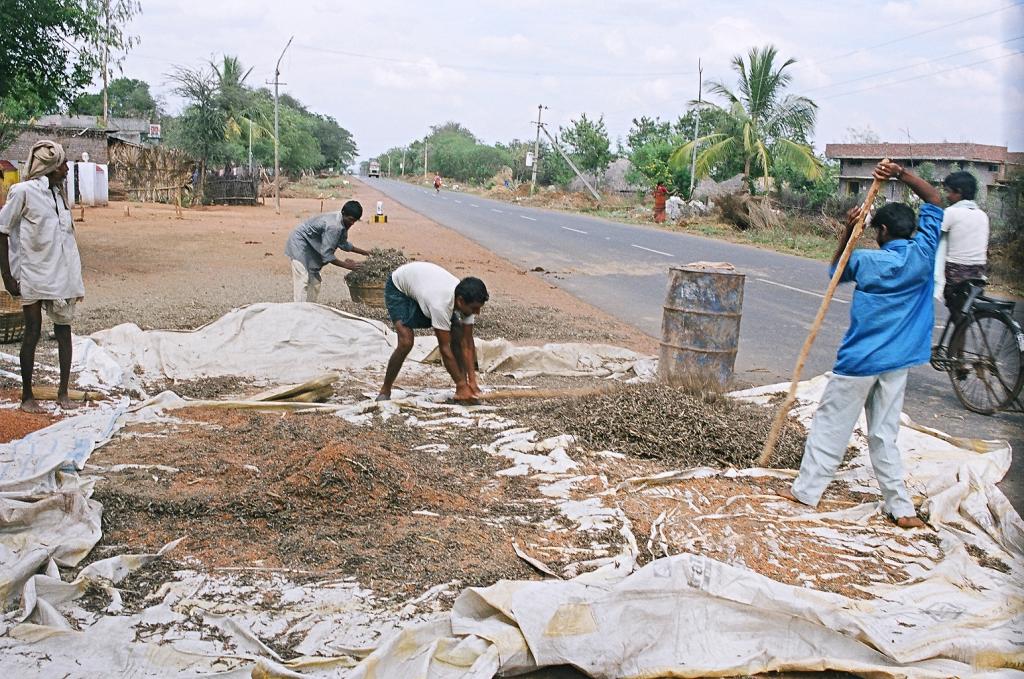 Indian states essentially depend on the Union government’s schemes to promote organic and natural farming. Some states also utilise funds from other schemes such as Rashtriya Krishi Vikas Yojana and the Mission for Integrated Development of Horticulture to do the job.

A few states, on the other hand, walked the extra mile and started initiatives of their own.

It also proposes to purchase cattle dung at Rs 2 per kilogram, convert it to vermin compost and make it available to farmers at Rs 8 per kg.

Then there is Odisha: It introduced an organic farming policy in 2018 and is now planning to launch an organic mission. The central government allotted Sri Sri University in the state to promote organic farming in five districts and make 30 model organic clusters.

The state recently decided to promote organic farming in seven districts through integrated nutrient management — that encompasses promotion of organic clusters initiative under Odisha Integrated Irrigation Project for Climate Resilient — according to Debraj Mohanty, a state bio-chemist of Odisha.

It also started a special programme to promote millets in tribal areas in 2017, which has so far covered about 23,000 hectares. “Under this, farmers are encouraged to adopt organic farming practices to produce millets,” said Dinesh Balam, who is associated with the programme.

Millets are procured by the state government and linked with the Public Distribution System (PDS), which aims to link it with state nutrition programmes such as Integrated Child Development Services (ICDS), mid-day meal, and Integrated Tribal Development Agency welfare hostels.

From September 1, 2020, ragi laddus have been upscaled under ICDS to all 13 blocks of Keonjhar district of Odisha. Malkangiri became the first district to form a ‘committee on agro-ecology and agro-biodiversity’ in May 2020.

Uttarkhand is another example of an Indian state taking maters in its own hands. It was the first state to have an organic farming policy in 2000. A dedicated organic commodity board, a nodal state agency to promote organic farming, was established in 2003.

The board identifies commodity-specific clusters, areas and provides them technical know-how on organic agriculture. The state had 128,000 ha under organic cultivation as on November, 2019, which is around 18 per cent of its net sown area. The plan is to make it a 100 per cent organic state.

Under the Act, non-profits, private entities and traders will engage in export market and processing of organic products will be regulated. Buyers will be registered for free.

“To help farmers, weekly organic haats are organised on Sundays and Thursdays in prime locations of Dehradun,” Kumar said. The plan is to have 13 organic outlets in every district specifically on pilgrim and tourism route. By the end of 2021-22, 1,500-plus organic outlets are planned.

He added that the state’s new initiative ‘Haritima-The Bamboo huts initiative’ would promote eco-tourism in Uttarakhand. The same has been started with six bamboo huts and will be expanded by 12 by the end of 2020.

The aim of the initiative is to develop these bamboo huts as major eco-tourism hub. To support farmers, organic, makeshift kitchens will be promoted for tourists.

Karnataka’s case is different: The civil society and farmers’ movement have played a critical role there to promote natural farming without any government support, according to Chamarasa Mali Patil, honorary president of Karnataka Rajya Raitha Sangha (KRRS), a farmers’ organisation.

The need for natural farming was felt by farmers to get rid of huge debt burdens because of increased cost of cultivation. Besides, natural farming has environmental and health benefits and is a good alternative against costly and harmful chemical fertilisers and pesticides, Patil said.

In 2017, Karnataka brought a new organic farming policy. The new policy focuses on providing value-chain linkages between producers and consumers along with promoting sustainable organic production systems. Policy aims to convert at least 10 per cent of the cultivable area into organic by 2022.

The Karnataka government facilitated formation and registration of organic farmers associations under the Savayava Bhagya Yojane in 2013-14 through select non-profits. Assistance is also provided to establish organic manure production units, collection of cattle urine and dung, processing and value addition of organic produce.

Since 2015-16, Karnataka has facilitated setting up such organic farmers’ associations throughout the state.

Each farmer association has 70-150 farmers. These associations are federated into 15 regional cooperative organic farmers’ federations covering all 30 districts. They engage in procurement, processing and market related activities with some financial assistance from state.

Since 2017-18, a market-based crop specific organic cluster development has been promoted by the state to develop linkages between farmers and consumers by strengthening supply chain mechanism.

Ashok Tubachi, organic farming advisory committee member in the Karnataka government said: “We are procuring organic produce directly from certified organic farmers groups and selling through various outlets”.  He added that the federation provides premium price to farmers. For example, an extra premium of Rs 500 per tonne is provided to sugarcane farmers.

“However, due to lack of revolving funds, we are not able to procure the entire crop produce from farmers,” he added.

Krupa, the president of a Karnataka state-level regional farmers’ federation said the body has 300 outlets and sells the produce to multiple private companies such as Big basket, Jai Keshav exporter, Mera Kisan, Kisan Bharti, etc. The federation also exports the organic produce to countries such as Australia, the United States, Canada and European Union.

Suresh Desai, a renowned organic farmer said “such federations play an important role in helping farmers sell their produce, and that they should be formed across the country to promote natural farming."

“The state aims to become the millet capital of India. It has started distributing of millets through the PDS, wherein the grains are sourced and distributed locally. Organic millet stores are promoted by the government and coming up across the state,” a senior agriculture department official of Karnataka said.

The state government had also made an announcement of purchasing ragi and jowar with a bonus of 20-25 per cent above the minimum support price from farmers. The same has, however, not been implemented on ground so far.

Karnataka recently launched the Raitha Siri Scheme, under which all millet growers would get cash incentives worth Rs 10,000 per hectare. While several millet growers are not certified, a significant percentage grows millets organically. “Our federation provides 15 per cent premium to farmers for millets, pulses and oilseeds,” said Krupa.

States such as Punjab have not launched any dedicated scheme for organic farming but have been supporting organic farmers by purchasing their crops through Punjab Agri Export Corporation and selling it abroad.

There is a strong need to upscale such initiatives at a larger scale to promote organic and natural farming. Other states should learn or undertake their own initiatives.

Chemical-based agriculture faces sustainability issues and causes damage to people and the planet’s health. Promotion of organic and natural farming will lead to a win-win situation for people and the planet and will contribute to help achieve United Nations Sustainable Development Goals.