Cleaning India’s air: What is the report card so far? 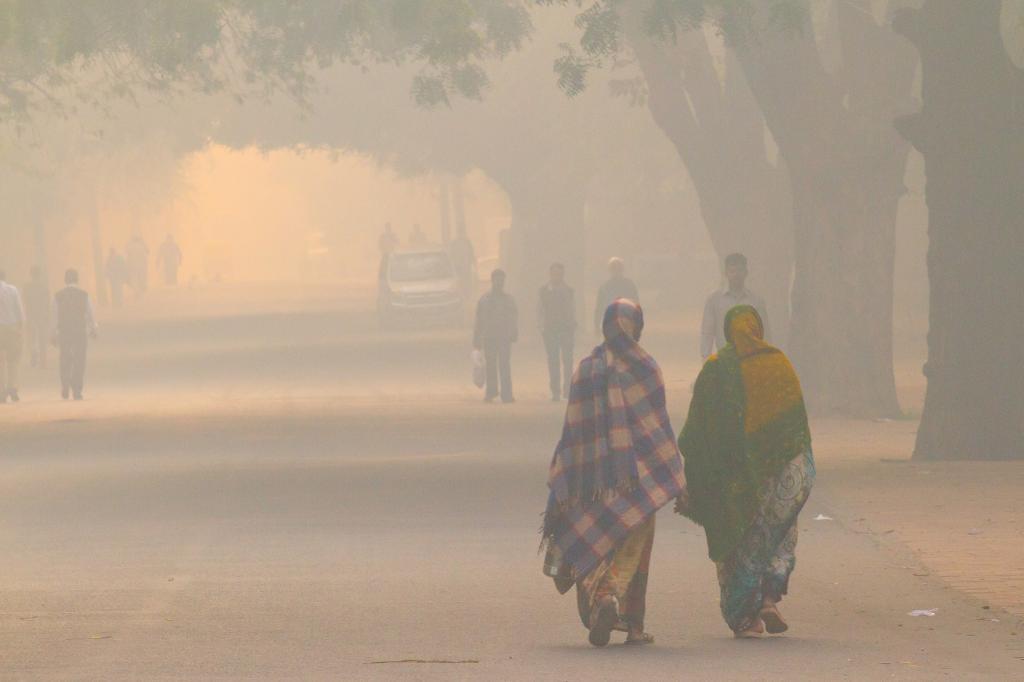 Air pollution is one of the biggest global environmental challenges of today. Increasing economic activities in India could exacerbate the problem even further as the economy is forecast to grow rapidly.

Some 22 of the 30 most polluted cities in the world are in India according to the World Air Quality Report, 2020. The India State Level Disease Burden Initiative published in Lancet Planetary Health in December 2020, indicated 1.7 million deaths in India were attributable to air pollution in 2019.

Incidentally, India is the third-largest emitter of carbon dioxide in the world — 2,597.36 million tonnes.

The NCAP is implemented in 132 cities, of which 124 cities have been identified based on non-conformity with the National Ambient Air Quality Standards for five consecutive years.

The government has also announced and taken several other measures to tackle air pollution.

India has committed to reduce the emission intensity of its gross domestic product (GDP) by 33-35 per cent over 2005 levels under the 2015 Paris Agreement.

It has also pledged to generate 40 per cent of its power capacity from non-fossil fuel sources and create an additional ‘carbon sink’ of 2.5-3 billion tonnes of carbon dioxide equivalent through additional forest and tree cover by 2030.

The installed capacity of renewable energy (including hydroelectric) in the country was 151 gigawatt (GW) on December 31, 2021, with wind energy accounting for 40 GW and solar 49.3 GW, according to a government report.

Read: Drafting the Paris agreement: the week that was

A host of measures, including closing down of coal-fired power plants not meeting prescribed standards, are being undertaken to reduce India’s carbon footprint.

The Centre has launched the Faster Adoption and Manufacturing of (Hybrid) and Electric Vehicles (FAME) I India scheme in 2015 to reduce pollution caused by diesel and petrol-operated vehicles and to promote electric and hybrid vehicles in India.

The FAME phase II scheme has been extended for two years to drive greater adoption of the scheme.

The Vehicle Scrappage Policy, launched August 13, 2021, is a government-funded programme to replace old vehicles with modern and new vehicles on Indian roads. The policy is expected to reduce pollution, create job opportunities and boost demand for new vehicles.

The prime minister in August 2021, announced the enhancement of target to 20 per cent for ethanol blending in petrol by 2025 in order to further lower carbon emissions and improve air quality.

In August 2021, the Plastic Waste Management Amendment Rules, 2021 were notified, which are aimed at phasing out single-use plastic by 2022. The Extended Producer Responsibility for plastic and e-waste management has been introduced.

The Indian Railways has set a target of net zero carbon emission by 2030 primarily through sourcing its energy requirement through renewable energy and 100 per cent electrification for reduction of carbon emission by December 2023.

The implementation of the Green India Mission (GIM) has been undertaken to increase green cover in India to the extent of five million hectares (mha) and improve the quality of existing green cover on another five mha.

There has been a marginal decrease in pollution levels in targeted cities three years into the launch of the NCAP, according to media reports. An analysis also showed that states spent insufficient funds to ensure air pollution reduction.

There appears to be not much headway on the closing down of thermal power plants not meeting permissible standards. Consequent upon rapid expansion of renewable energy (as on December 31, 2021), the share of non-fossil sources in installed capacity of electricity generation was recorded at 40.20 per cent

India has engaged at all levels on the issue of climate change, reiterating its support for the 2015Paris Climate Agreement.

But, India’s third Biennial Update Reports submitted to the United Nations Framework Convention on Climate Change in 2021 reported that during 2005-16, the country had reduced emission intensity of its GDP by 24 per cent.

However, the report indicated that the country has lost more than 1,600 sq km of natural forests in this period.

But some of the loss has been compensated by an improvement of the health of some of the protected areas and reserve forests while a large part of the increase is due to more areas coming from under plantations, which are no substitute for natural forests for providing critical ecological services.

The implementation of the Clean Air Policy was undertaken considering the challenge posed due to growing air pollution reported in the large cities. This would enable emission levels to be kept under check through an effective monitoring mechanism in place.

It has been observed that the institutions engaged in regulatory functioning both at the Centre and state level lack capability in maintaining environmental regulation standards in large cities / urban centres.

There is an urgent need to strengthen these agencies.

Research and development, recruitment of professionals having domain knowledge and provisioning of infrastructure are necessary where budget provisions need to be stepped up.

A roadmap on the closing down of inefficient coal-fired power plants needs to be developed in consultation with stakeholders.

The report of ISFR 2021 points out that forest cover has been increasing in India. The GIM has to be aggressively and effectively implemented throughout the states with quality planting materials.

The research activities into restoring biodiversity, conserving landscapes and preserving the natural balance biodiversity across India will have to be encouraged.