As the new ordinance seeks curtailment of judicial intervention, the executive faces the real challenge of pushing difficult and inconvenient solutions to clean air 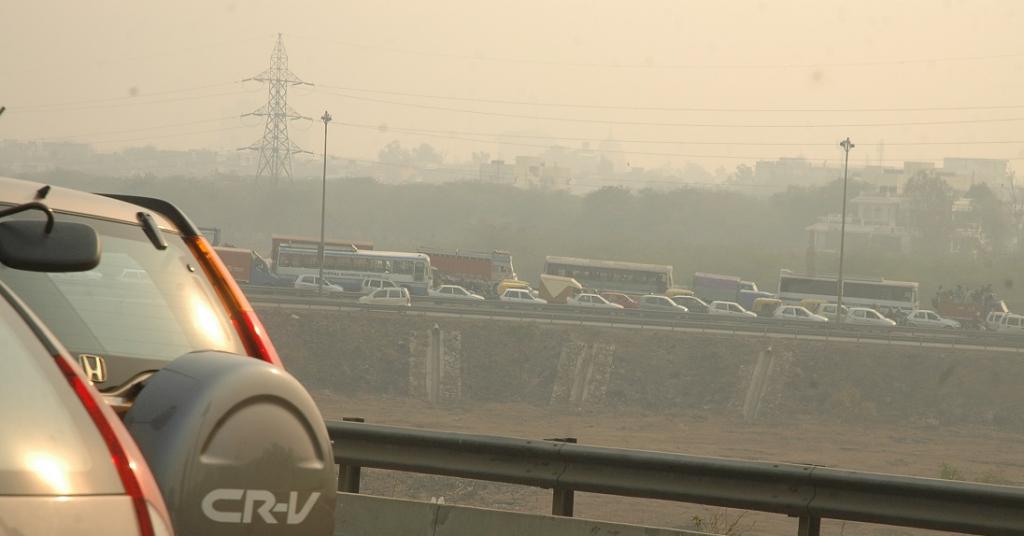 President Ramnath Kovind has signed a new ordinance to form a commission for air-quality management in the National Capital Region (NCR) and adjoining areas.

This move, in one sweep, erases all other committees and authorities that were set up under judicial and administrative orders, seeks to limit the role of the judiciary and creates a supra-centralised framework for air-quality management in the region.

As this seeks to enhance the role and responsibility of the executive in the matter of air pollution control, curiosity abounds on how the executive will now move towards tougher decisions.

Recognising that air pollution requires action at air-shed level, the ordinance asks for consolidated approach towards monitoring, elimination of pollution sources and enforcement. The commission will have the power to coordinate with relevant state and central governments on the multi-sector plan including industry, power plants, agriculture, transport, residential and construction.

The critical departure is the attempt to limit the role of the judiciary and assertion of the role of the executive and the power of the elected representative in decision-making related to air pollution matters.

The ordinance states that this is the “highest degree of democratic oversight for effective implementation” and the commission will function under the oversight of elected representative with regular reports to Parliament.

The implication of this super structure for the federal framework is not yet clear. Even though the membership of the commission will include key ministries and state governments at the level of secretary to the Government of India and chief secretary to the state governments, its power to take measures, issue directions and entertain complaints will require central political oversight.

It is not clear how the state governments in the region will exercise power to take decisions on mitigation and set higher level of ambition. The ordinance states that:

No other individual, or body, or authority, constituted either under the law enacted by Parliament or by State government or nominated in terms of judicial order shall act upon or have jurisdiction in relation to the matters covered by this ordinance.

It is not yet clear how the state governments are responding to this.

Supra-governance and the tougher questions

Everyone likes the idea of good governance and an effective executive. If this is an occasion to redefine the role of the government and its enabling powers for the regional clean up, it is important to consider what has stopped the executive from doing this so far under the current legislative framework.

Instances include the Environment protection Act, 1986, or the Air Act, 1981. Why these legislations could not be sufficient enablers for the clean air plans to get translated on ground at a scale and speed needed. Why did Delhi and NCR require judicial intervention?

Therefore, there is a strong interest to know how the executive will now push the solutions on the table that are much tougher than the low hanging fruits already picked. Even the action taken so far (and some of these were tough) could be implemented only with the backing of the Supreme Court directives based upon the Constitutional Principles of Right To Life among others.

Measures recommended and monitored by the Supreme Court-appointed Environment Pollution (Prevention and Control) Authority (EPCA) and backed by  Supreme Court directives have faced opposition and resistance, often slowing down action.

All these happened without any financial and staff support to the EPCA.

Each and every piece of action in the multi-sector comprehensive action plan and graded response action plan underway are either contested or getting delayed due to lack of capacity to design the strategies as needed.

As the commission now takes the agenda forward, the deep interest would be to know how the executive can push urgent solutions, speed up sectoral reforms and investments and ensure effective compliance and a deterrence framework.

Be ready for tougher action

The real challenge for the executive at this crossroad is its preparedness and ability to push for the difficult and inconvenient solutions to reduce particulate pollution by at least 60 per cent.

How will this happen? The Supreme Court has advanced the deadline for power plant standards to 2019 in the NCR. The executive will have to design the economic recovery package for the sector linked to discom and electricity pricing reforms, closure of old plants and making investments in pollution control technologies bankable and incentivise the process.

Can we now expect quashing of the plea to delay the implementation of the power plant standards? Only a few days back, the environment ministry has diluted the NOx standards for power plants.

Can we now expect the central government to bring natural gas pricing under the Goods and Services Tax to enable industry and power plants to have access to affordable clean fuels and address coal effectively?

This region is awaiting massive transition in public transport connectivity, walking and cycling infrastructure and vehicle restraint measures. It has been a battle so far for EPCA to get the state and central governments to agree on the RRTS and Metro Phase IV.

There is no framework or roadmap for this sector. Similarly, why will waste burning stop if all the state governments could not make municipalities amend byelaws based on the central rules and regulations for waste management and allocate sufficient funds for waste management infrastructure?

Even deeper interest is in the compliance and deterrence framework. At this moment, the ordinance has provided for the right to inspect, penal action for non-compliance that includes imprisonment upto five years or a fiscal penalty of Rs one crore.

Criminal prosecution is possible if the commission complaints. So far, nationally, criminal prosecution under the Air Act has been the toughest to implement. This will require establishment of vertical and horizontal accountability across the region.

Also, special care is needed in post-novel coronavirus disease (COVID-19) pandemic times to ensure that ‘ease of doing business’ policy and automatic consent will not subvert environmental governance and there will be a green economic recovery stategy for the region.

The new move brings urgent attention to the public health crisis that it deserves. But clearly, the expectation is that the executive will live up to the new challenge and suceed in implementing the tough solutions needed to clean up the air and the lungs.