Richard Mahapatra reveals how a chocolate supports people in forests 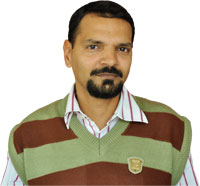 Being the father of a three and a half year old girl, I know a thing or two about chocolate. What I didn't know is that it comes wrapped with a lucrative livelihood formula for India's forest dwellers. Trailing a story on minor forest produce in Chhattisgarh's Jagdalpur district, Jhinki Nag, a woman in her early 40s, home delivered this to me.

“Use a bit of sal seed in chocolates. My earning goes up,” she said casually as we chatted in front of her pumpkins-laden mud house. Jhinki is a sal seed collector; this year she has refused to collect the seeds as prices have crashed. Her village, an abrupt enclave within a dense forest considered a 24X7 heaven for the Maoists, was not a place where you unwrap a chocolate. But how did she know this? I asked myself, I did not know of any use of sal seeds except that it does sustain thousands of Jhinki's across India's sal forests.

She treated me as an accused in her dwindling income from sal seeds. “Bidesis (foreigners) first stopped using sal seeds. Now you,” she said. It was end of imagination for me, Jhinki stretching her economic crisis beyond country's geographical boundary.

But how did she know this? I asked a local NGO worker this time. He fiddled with his mobile phone, probably looking for extraterrestrial help. Mobile phones never worked there.

Back in Raipur, I did what a less knowledgable reporter does. I asked the head of the state's minor forest produce federation to explain me Jhinki's accusations. “Recession in Europe has brought down cocoa butter consumption. This means less use of sal seeds. We have stopped procuring,” he said. But what about Indian chocolates and the link to sal seeds? “Using sal seed in manufacturing will help chocolates withstand India's high temperature. We can export, we can sell more in domestic rural market. And this means more procurement,” he further explained. And Jhinki could easily reap this harvest. My occupational hazards as a father – those melting chocolates – could have been easily mitigated.

The mystery, however, remained: how did Jhinki know this? My NGO friend came back to me after a month. Jhinki as a migrant worked in a chocolate factory in Raipur last year. She overheard managers speaking. Evaesdropping does help.