25 of the world’s largest companies only commit to reduce emissions by 40% on average, not 100% as suggested by the terms ‘net zero’ and ‘carbon neutral’ 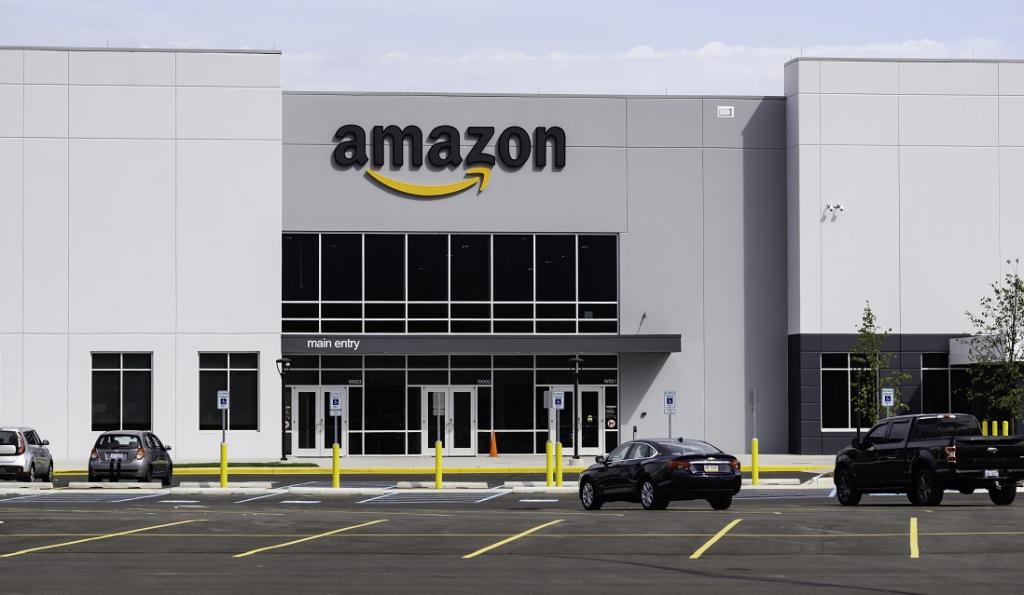 Twenty-five of the world’s largest companies, such as Amazon, together account for 5 per cent of global greenhouse gas. Photo: iStock

They have all made a zero emissions, net zero or carbon-neutral pledge. But a look under the hood of these pledges reveals ambiguity, a lack of real ambition and an overdependence on controversial copouts like carbon offsets.

Read: Is net-zero concept zeroing in on climate change? A sustainable consumption critique

‘Net zero’ implies that all of a company’s GHG — mainly carbon dioxide (CO2) — emissions are cancelled out by an equivalent volume of emissions captured or absorbed, resulting in net emissions being zero.

But NCI found that the pledges in reality only commit to reduce emissions by 40 per cent on average, not 100 per cent as suggested by the terms ‘net zero’ and ‘carbon neutral’.

The targets set are ambiguous.

Companies are also falling short on near-term emissions reduction goals, a key aspect of reining in global emissions by the middle of this century.

“Fifteen of the 25 companies prominently report interim targets. But we understand their average emission reduction commitment for full value chain emissions between 2019 and 2030 to be just 23 per cent,” said Silke Mooldijk, another co-author, according NCI’s website.

Nineteen of the 25 companies also plan to use carbon offsets — mainly from forestry and other nature-based offsets — to achieve their pledges. In fact, 10 companies currently do so.

Companies like Nestle and Unilever claim to not use offsets at the parent company level but allow their individual brands to sell ‘carbon neutral’ products that use offsets, NCI found.

Offsets are a controversial concept that allow an entity to write off or neutralise emissions. Carbon dioxide emitted by a company’s business operations is theoretically nullified by an equivalent volume of CO2 absorbed or removed by an activity such as planting a few trees elsewhere.

Offsets exist within the larger framework of carbon markets, a process that turns CO2 into a commodity, which is then traded through a virtual marketplace in the form of units known as ‘carbon credits’.

Companies are overwhelmingly relying on cheap offsets to claim carbon neutrality, rather than make all efforts to reduce emissions first.

In 2019, Google said it had eliminated its “entire carbon legacy” through the purchase of high-quality offsets, while French energy giant Total S A claimed to have sold its first  ‘carbon neutral’ liquefied natural gas shipment in October 2020, using offset projects in China and Zimbabwe.

Wim Carton, an expert in political ecology and climate change mitigation at the Lund University Centre for Sustainability Studies, Sweden, has focused extensively on researching CO2 removal and negative emissions — a key aspect of achieving net zero emissions, but one that is easily misused.

Carton and his colleagues laid out the fundamental flaws in conflating CO2 emissions reductions and removals in a paper published last year.

Pulling permanently stored geological carbon from the ground through the extraction and burning of fossil fuels and attempting to store it in impermanent carbon sinks like forests, pushes it into the short-term (or active) carbon cycle.

“This is what we in the paper call the problem of ‘carbon equivalence’, ie, current offsetting practices means that companies are at best offsetting permanent fossil fuel emissions with non-permanent biogenic removals,” Carton told Down To Earth.

Moreover, locations for these offset projects such as tree planting are often in countries in the Global South and the existing uses and users (such as pastoralists) of these areas, are frequently disregarded.

This limits the livelihood opportunities afforded to poor (mostly rural) people so that a wealthy global elite can continue its ways, the paper highlighted.

Yet, the market for carbon offsets is booming, with speculation that demand could increase fifteen-fold by 2030.

Attempts have been made to define guidelines that will push corporates to take steps that will meaningfully reduce their emissions impact. They include the Net Zero Standard by the Science-Based Targets initiative (SBTi) and The Oxford Principles for Net Zero Aligned Carbon Offsetting.

This is owing to the runaway scales at which the interest is offsetting and net zero is mushrooming, with potentially large amounts of money involved.

“We see increasing recognition of some problems with offsets (eg, permanence) even among offset proponents, which does inspire some hope,”  Carton said.

“But I also think some of the fundamental concerns with offsets remain unacknowledged. I think the only way to rein in this trend is for governments to step in and regulate the voluntary carbon market — otherwise excesses will continue and instances of greenwashing and fraud will continue multiplying as the market grows and more actors join in,” he added.

The NCI’s report said in conclusion that greater corporate scrutiny was needed to weed out the false climate claims from the real ones, along with regulations to cushion companies trying harder to cut emissions. This was so that they did not lose out financially as compared to those who made less efforts.

This has been said in good faith. But the NCI’s own findings refute the hope that demands for transparency will make any difference.

One of their insights points to how data provided to reporting bodies like the Carbon Disclosure Project and SBTi contains loopholes “that call those companies’ apparent ambition into question”.

Elsewhere, researchers from Ireland, the United Kingdom and Germany have found that GHG emissions data reported voluntarily by companies is often ridden with errors, omissions and rounding issues, calling into question its credibility.

The problem is not opaque data or misrepresented facts. It is the overwhelming belief that the private sector will voluntarily lead the effort to reduce GHG emissions and innovate its way out of the climate crisis.

Carton believes that is naïve to think that companies will decarbonise within the timeframe that is needed without some significant regulatory requirements to do so.

Many companies’ profits remain entirely entwined with high-carbon energy processes. As long as that is the case and governments don’t demand otherwise of them, they have every incentive to cut corners and look for loopholes and cheap pseudo-solutions instead of coming up with truly transformational climate action, he added.

This recalls the 1970 essay The Social Responsibility of Business is to Increase its Profits by polarising economist Milton Friedman.

Friedman declared controversially that the goal of a business is “to conduct the business in accordance with their desires, which generally will be to make as much money as possible while conforming to their basic rules of the society, both those embodied in law and those embodied in ethical custom”.

Anyone suggesting that a business should have a social conscience or avoid pollution, is “preaching pure and unadulterated socialism,” he added.

Friedman’s ideologies may be extreme but instances of corporates embracing climate goals while sacrificing their profit margins are rare.

And while parts of the corporate world have embraced concepts like socially responsible business, their efforts have not changed the fact that addressing the climate crisis will require transformative action driven by governments to restructure our economies.

This must be coupled with both voluntary private sector commitments and changes in individual habits, but neither can drive the scale of change required to rein in global temperature rise that governments can.