Licho (on left, in pink), the last speaker of the Sare language who died in Port Blair recently, photographed at a hospital in 2001. Photo: Anvita Abbi

On April 4, Licho, one of the four last speakers of the Great Andamanic language family, died of tuberculosis and other multiple disease in Port Blair on South Andaman Island in the Bay of Bengal. Great Andamanic is one of India’s six language families, alongside Indo-Aryan, Dravidian, Tibeto-Burman, Austroasiatic and Tai-Kadai.

I received the news with a profound sense of loss. I had worked with Licho for two decades to document the present Great Andamanese language — a mixture of Jero, Sare, Khora and Bo languages. She was the last speaker of Sare language. The nation had lost the last speakers of Khora and Bo in 2010. Another ancient language died with Licho this month.

Now that the novel coronavirus disease (COVID-19) has reached the remote Andaman Islands, with 18 individuals from mainstream society having tested positive (of whom 11 are reportedly virus-free, as of April 22), its indigenous peoples are indeed in grave danger.

So are the exceedingly rare languages they speak. In particular, the Jero language of the Great Andamanic language family, now spoken by only three individuals, two males and one female — all of whom are more than 50 years old and suffer from a variety of ailments — is at imminent risk of extinction. The archipelago is also home to roughly 670 Onge and Jarawa tribespeople, whose languages belong to what I described in 2003 as the Ang family. Yet another tribe of perhaps 50 members, which lives on North Sentinel Island probably speaks an Ang language. 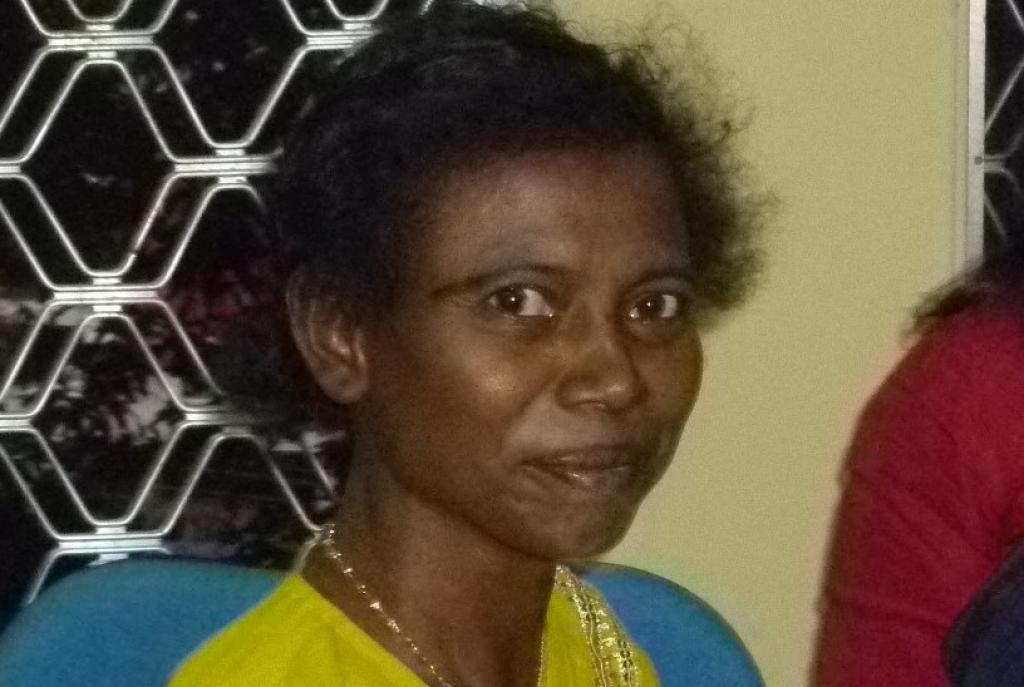 Licho, the last speaker of the Sare language, photographed in 2013. Photo: Anvita Abbi

Population geneticists believe that that the Andaman islanders descend from one of the founder populations of modern humans, which migrated out of Africa some 70,000 years ago to populate South Asia, Southeast Asia, New Guinea and Australia. For tens of millennia, they protected themselves from the diseases and other harm that outsiders could inflict by killing anyone who landed on their shores.

Great Andamanese have had retained their language which has a history of several thousands of years. The grammatical structure of the language is unique, and it encapsulates the secrets of human language evolution. It is, perhaps, the very first language of South and Southeast Asia.

Roughly 8,000 Great Andamanese people were thriving on the Andaman archipelago with virtually no contact with the outside world until 1858, when British officials forcibly established a penal colony in Port Blair. The colonisers brought with them a variety of pathogens, to which the formerly isolated hunter-gatherers had no immunity.

By the 1960s, when Licho was born, syphilis and other diseases had reduced the numbers of the Great Andamanese to a mere 19. When I started my research on the present Great Andamanese language, there were 10 speakers of the language but alas, now only three remain who can speak their native tongue Jeru but prefer to communicate with each other as well as with youngsters in Anamanese Hindi.

This great loss of language diversity is one of the most serious issues facing humankind today. Since lexicons and grammar represent cultural and ecological knowledge and worldviews, the death of a language means the extinction of tens of thousands of years of accumulated experience and values.

These vital resources would otherwise be available for the rest of humankind as we face an uncertain future brought on by unsustainable development, of which COVID-19 is but a symptom.

The two remaining vulnerable tribes of the Andaman Islands who are in proximity of the local population are the Jarawa and Onge. Despite the order of the Supreme Court in 2002 to close the Andaman Trunk Road (ATR) which runs through the Jarawa reserve, local activities and human safaris have increased manifold on this road extending its devastating net across the reserve.

Tribes, who are low in immunity even against common local disease, face grave danger of being lost to oblivion if enough care is not taken to protect them from being infected from COVID-19. We are on the brink of losing some of our ancient heritage languages and the knowledge-systems underlying them.

Anvita Abbi is an internationally-known linguist who has worked on tribal languages. Her major work which got national and international acclaim was on the languages of the Andaman Islands