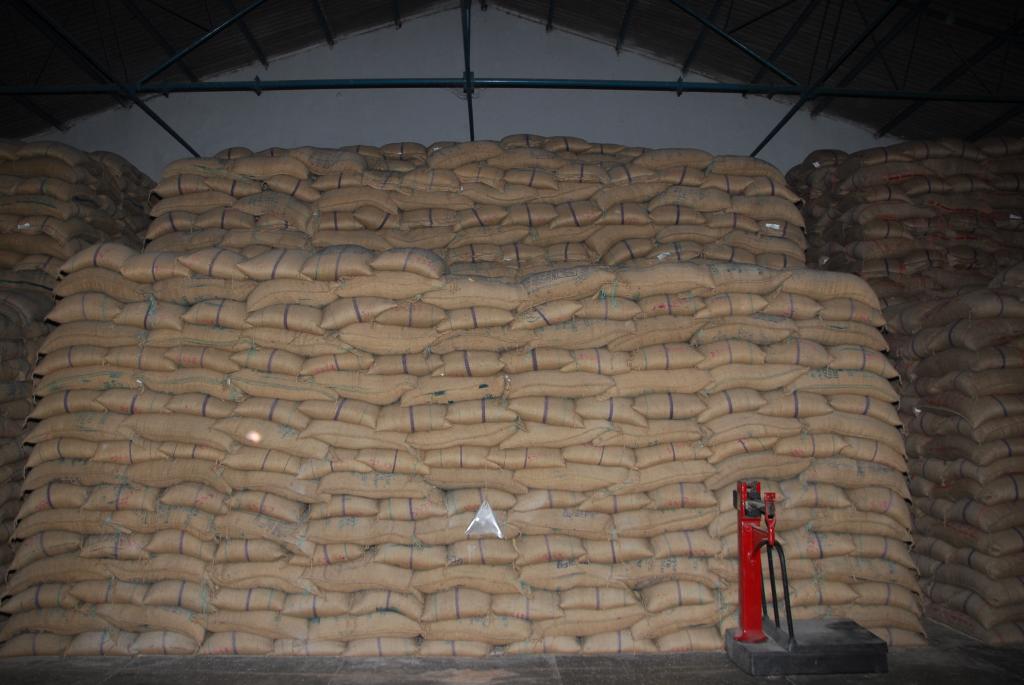 A fiscal crisis has been brewing in the last few years. Mounting food subsidy arrears — payable to the Food Corporation of India (FCI) due to ‘under-provisioning’ of food subsidy expenses in successive union budgets — has forced FCI to take loans to finance its operations.

FCI is the central agency that manages procurement, storage and transportation of rice and wheat to states for distribution mainly for the National Food Security Act (NFSA) and other welfare schemes.

Around 810 million people get highly subsidised five-kilogramme foodgrains per head per month under NFSA. This includes around 2.5 crore Antyodaya Anna Yojana households, which constitute the poorest of the poor. They are entitled to 35 kg per household per month at subsidised prices.

The Union government has made provisions of raising loans from various sources such as the National Small Savings Fund (NSSF), Short Term Loans, Bonds and Cash Credit Limits (CCI) sanctioned by the banks for FCI to meet actual food subsidy expenses due to under-provisioning in the union budgets.

In the last financial year (2019-20), the food subsidy allocation of Rs 1.84 lakh crore was reduced by Rs 75,000 crore (for FCI), according to the revised estimate through provisioning of additional Rs 1.1 lakh crore loans under NSSF. It was earlier Rs 1.51 lakh crore for FCI and Rs 33,000 crore for the states following decentralised procurement system)

Interestingly, out of these NSSF loans that FCI had been availing since 2016-17, Rs 46,400 crore went towards repayment of earlier loans availed from NSSF.

This results in the continuous drawing of loans from the NSSF to bridge the gap in budgetary allocation towards food subsidy. Meanwhile, outstanding dues to FCI continue to rise. It is estimated at Rs 2.49 lakh crore at the end of FY20, while its cumulative loans from all sources was at Rs 3.33 lakh crore: NSSF (Rs 2.54 lakh crore), Bonds (Rs 28,000 crore), Short Term Loan (Rs 35,000 crore) & Cash Credit Limit (Rs 9,000 crore).

The loan availed under NSSF rose to Rs 2.93 crore by the end of the first two quarters of the current fiscal (2020-21), official sources said. While food subsidy allocation was pegged at Rs 115,319 crore (Rs 77, 982 crore for FCI and Rs 37,337 crore for the states that follow decentralised procurement system), actual expenses have risen sharply.

This was because the Union government had been providing free food grains — five kg per head per month — to all 81 beneficiaries under NFSA free under the Pradhan Mantri Garib Kalyan Anna Yojana (PMGKAY).

The scheme was announced in the wake of the novel coronavirus disease (COVID-19) spread in April, 2020, in addition to grains entitlement under NFSA. Union food ministry officials said the estimated subsidy expenses would go up to Rs 2.33 lakh crore in the current fiscal from the budget estimates of Rs 1.15 lakh crore due to the expenses incurred under PMGKAY.

The expenditure towards food subsidy has been on the rise due to annual rise in minimum support price (MSP) for paddy and wheat and ‘open-ended’ purchase operations leading to excess grains stocks held by FCI.

Another factor is the Centre’s reluctance in increasing the price of highly subsidised foodgrains supplied under NFSA, 2013. According to the Economic Survey (2019-20), the central issue price of Rs 3 / 2 / 1 for a kg of rice, wheat and coarse grains has not been revised since 2013.

On the other hand, the FCI’S economic cost (MSP to farmers, storage, transportation and other costs) of rice and wheat for the 2020-21 has been estimated at Rs 37.26 and Rs 26.83 per kg respectively.

“This has resulted in widening of the gap between the economic cost and CIP and the food subsidy incurred by the Union government has risen substantially over the years,” the survey had stated.

The Economic Survey noted that “while the interests of the vulnerable sections of the population need to be safeguarded, the economic rationale of increasing the CIPs under NFSA also cannot be undermined. For sustainability of food security operations, the issue of burgeoning food subsidy bill needs to be addressed”.

The grain stocks held with FCI remain in excess of buffer stocks norm, thus adding up rising food subsidy expenses. On October 1, 2020, the FCI had grain (rice and wheat) stock of 67.5 million tonnes (MT) against buffer stocks norms of 30.7 MT.

Foodgrains stock with FCI (in million tonnes) as on October 1

The key factor behind rising grains stock is the open-ended MSP operations in states such as Punjab, Haryana, Madhya Pradesh, Chhattisgarh, Odisha, Telangana and Andhra Pradesh, which results in FCI buying more grain from farmers through MSP operations than the off-take by the states.

The off-take of foodgrains by states under NFSA in the last decade had been in the range of 51-59 MT, while procurement of grains during the same period had been around 60 MT. The procurement during the last two years 2018-19 & 2019-20 has crossed 80 MT.

Offtake* of foodgrains by states (for NFSA, other welfare schemes, mid-day meal, ICDS)

The Comptroller and Auditor General of India (CAG) on compliance of the Fiscal Responsibility and Budget Management Act, 2003, for 2016-17 released in 2019 had stated an increase of 350 per cent in carried over subsidy arrears in the five years preceding 2016-17. This required financing from a number of methods, including very high interest cash credit facility that increases the actual cost of subsidy substantially.

The ministry noted the disclosure of internal and extra budgetary resources of NABARD and loans to FCI by NSSF in budget documents. According to CAG report of 2019, the finance ministry acknowledged that the practice of provisioning 95 per cent of food subsidy in budget for a year and clearing remaining five per cent in subsequent years after finalising accounts of FCI exists.

Due to budgetary constraints, it may not be possible to provide the entire amount of food subsidy in a particular year. The off-budget financial arrangement is to meet the working capital requirement of FCI, which was being met from banking sources independently.

The Union government in 2014 had appointed a High-Level Committee (HLC), chaired by former food minister Shanta Kumar, on restructuring of FCI. The HLC, in its report submitted in January 2015, had recommended that FCI should move on to help those states where farmers suffered from distress sales at prices much below MSP, and which are dominated by small holdings, such as eastern Uttar Pradesh, Bihar, West Bengal, Assam, etc.

To discourage farmers to grow paddy, especially in Punjab and Haryana, the HLC recommended that pulses and oilseeds deserved priority. It said the Union government must provide better price support operations for them and dovetail their MSP policy with trade policy so that their landed costs were not below their MSP.

Because of open-ended MSP operations, FCI and its affiliates buy all rice and wheat brought by farmers in Punjab, Haryana, Madhya Pradesh, Chattisgarh, Odisha, Andhra Pradesh and Telangana.

Therefore, the farmers in these states are not encouraged to grow alternate crops such as oilseeds and pulses so that FCI’s procurement operations could decline.

However, not much progress has been achieved in dealing with the crisis faced by FCI. The Union government needs to take drastic steps towards ensuring provisioning of food subsidy expenses incurred by FCI. Mere postponement of fiscal crisis is no more a viable option. Time is running out for the government.