Ganesh Chaturthi: The modak’s history reflects its strong ties to the land; here is how

The sweet and some of the recipes used in making it are quite old; its ingredients include some of the Deccan’s famous crops like ambemohur rice 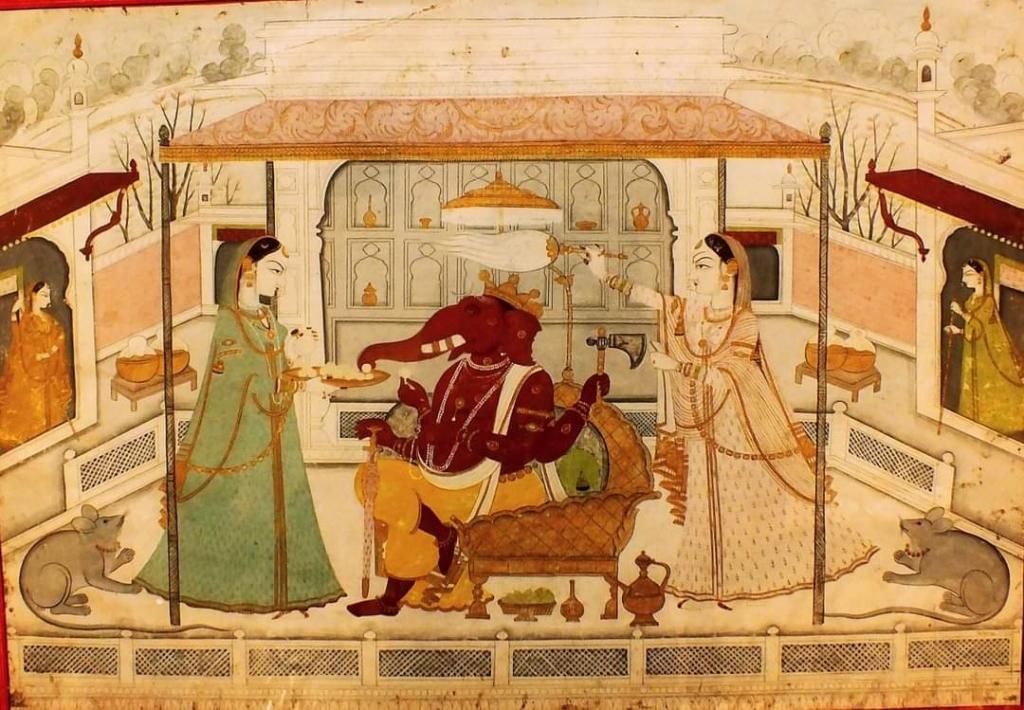 It is Ganesha time again. When families in Maharashtra (and increasingly the rest of India) install idols of the potbellied deity with an elephant’s head in their homes. And it is also modak time, those steamed sweet dumplings, said to be a favourite of the deity’s.

But what are the origins of the modak? Where did it come from? And how did the modak become a part of Ganesha’s persona? Also, what about the materials and methods used in the preparation of the modak and why are they used?

These questions led me to do some heavy research. I found that the history of the modak reflected the sweetmeat’s strong ties to the land (today’s Maharashtra) and the people who resided and continue to reside there.

“The modak is an old preparation. If you look at old sculptures, Ganesha is depicted with laddoos as well as what appear to be modaks. The depiction is as old as the 6th century Common Era (CE). The artwork at Ellora (600-1000 CE) has the attribute of Ganesha as someone who is eating something that looks like a modak,” Saili Palande Datar, an independent art historian and archaeologist, told me.

She added that Ganesha worship in Pune and its surrounding areas was very old. “We have hero stones in the Pune area to that effect. In other places, the hero stones are usually in the form of Shivalingas,” Datar said.

Ganesha worship really came into its own in the area that is now Maharashtra during the reign of the Yadavas of Devagiri (1187-1317).

Some 200 years before the 17th century, the elephant-headed god became the patron deity of the city of Pune. Chhatrapati Shivaji and his mother Jijabai renovated the Kasba Ganapati temple, cementing Ganesha as Pune’s patron deity.

During the Peshwa period, a collection of eight temples known as ashtavinayaka were established and became popular in the pilgrimage circuit.

Datar agrees that Ganesha worship was not as prominent among the artisan and warrior castes of the region. In the Konkan though, all castes worshipped the deity.

However, with the rise of the Peshwas, the hereditary prime ministers of the Maratha Empire, who later wielded de facto power, other castes also adopted Ganesha worship.

As is widely known, Bal Gangadhar Tilak started Ganeshotsava as a public sort of celebration. “It was a cultural activity. Till today, there are plays, singing and other activities with an aim to build personality. During that time, the festival was also used as a cover for revolutionary activities against the British Raj. People like Bhau Rangari (Bhausaheb Laxman Javale) popularised a fierce form of Ganesha. He is shown as a demon slayer and the demon is the British Raj,” Datar noted. 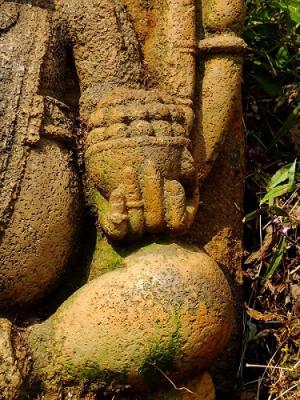 The modak’s preparation also shows its connections with the land, especially crops of the region.

“On the ghats (inland areas), we have fried modaks which are made of wheat flour, sugar and coconut along with cardamom. But on the coast, there are steamed modaks made of rice flour. This is a special type of local sticky rice called the ambemohur. There is also jaggery and coconut. Hence, whatever is available is used,” Datar said.

She added that the unique method of steaming used in preparing the ukdiche modaks is old and that the recipe was an ancient one. These steamed modaks are eaten hot with ghee.

“There is a nutritional element too. It is a monsoon-friendly food. The word ‘modak’ is derived from the Sanskrit moda, meaning happiness or bliss,” Datar said.

Food writer Vikram Doctor told me that the modak could emphasise the seasonal nature of offerings to Ganesha.

“It is one sweet that doesn’t need fruits or even milk, but can be made entirely with dry and storable ingredients like rice, dal, sesame seed and coconut,” he said.

He also noted that the modak was not just restricted to Maharashtra like Ganesha worship. The deity is also very popular in Karnataka, the Telugu states of Telangana and Andhra Pradesh and Tamil Nadu, where he is known as Vinayagar and Pillaiyar.

“Samaithu Par, the bible of Tamil Brahmin cooking lists four types of modaks to be made, separately stuffed with sweet mixtures of coconut, urad dal, sesame seeds and masoor dal. These are to be served with raw rice idlis, vadai, payasam and maha neivedhyam which is rice with ghee poured on top,” Doctor told me.

I asked Datar whether the Marathi versions of the modak had in anyway influenced those of peninsular India.

She said there could be a connection. Shivaji had forayed into south India in what is known as his Carnatic Expedition. He had sacked the great fort of Gingee in Viluppuram district of Tamil Nadu and reached Thanjavur.

But more importantly, Shivaji’s half-brother Venkoji had already established the Maratha Kingdom of Thanjavur which lasted from 1674–1855.

“The Thanjavur Marathas, a cadet branch of the Bhonsle dynasty, have experimented a lot with the culinary aspect of cuisines. Marathi cuisines were adapted for the Tamil country. A later ruler Serfojee was a culinary expert and has written many books on cuisines. So there could be a connection,” she said.

So as you feast on the steamed dumpling this Ganesh Chaturthi, remember how its story is rooted in the history of the Deccan and its people. Ganapati Bappa Morya!