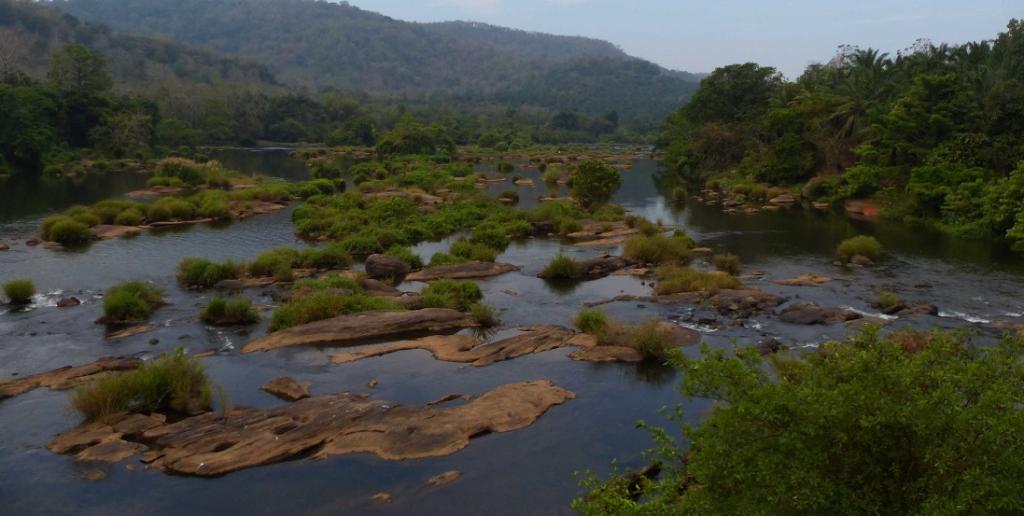 The Kerala State Electricity Board has started clearing about eight hectares of pristine forest with 625 old-growth trees for the Anakkayam Small Hydro Power Project.

The dense evergreen forests of Vazhachal in Kerala have witnessed a series of notable community-led agitations against hydropower dams. It has been more than three decades since the first set of protests against the Athirappally Hydel Power project took place in Chalakudy in 1985.

The Anakkayam hydro project, conceived in the buffer area of the Parambikulam Tiger Reserve, would require blasting for the construction of a five-km long tunnel.

They are expected to submerge and divert a vast expanse of unique lowland evergreen forests with high endemism of mammals, birds, reptiles, amphibians for reservoirs, construction of dams and the tunnel.

The projects were conceived without consent from the Kadars, who are the original inhabitants of these forests and also hold Community Forest Resource Use rights over these areas.

Kadars are one of the five particularly vulnerable tribal groups in Kerala. In Vazhachal, Kadars are spread across eight settlements and the Malayans live in one settlement. The community has faced displacement several times in the past, during the construction of the Parambikulam-Aliyar, Peringalkuthu, Sholayar, Mangalam and Thunakadavu dams.

Following the enactment of the The Scheduled Tribes and Other Traditional Forest Dwellers (Recognition of Forest Rights) Act, 2006 or FRA, the Kadars have claimed their community rights (CR) and community forest resources (CFR) rights over the forest area that they have been accessing and using traditionally.

The Kadars are entirely dependent on collection of non-timber forest produce and river resources for their sustenance. Having seen displacement in the past, Kadars saw FRA implementation as an opportunity to get tenurial security over their traditional resource use area.

In 2014, a total area of 400 square kilometres was recognised as the collective CFR area for nine settlements and also created the first CFR area and also provided settlement level CR in Kerala.

Using the provisions of Section 5 of the FRA which gives the Gram Sabha and right holders responsibilities for conserving their areas, the Gram Sabhas of the settlements passed a resolution against the proposed Athirappally HEP and submitted it to the High Court of Kerala.

Demanding that the Athirappilly HEP be withdrawn, the Kadars boycotted the 2014 Lok Sabha elections. In 2016, they staged a novel protest under the banner “Kadukakkaan Kadarkkoppam” (In solidarity with the Kadars to protect the forest), roping in several other organisations in Kerala.

In light of the recent hydropower development plans in Athirappally and Anakkayam, the Gram Sabhas of settlements have again passed a resolution against the construction of the dam and tunnel.

The resolution asserts that “such projects are not welcome, and we reject the implementation of these projects in our CFR area. We demand that no such projects should be located in our CFR area now or in the future as they have a negative impact on our CFR area and adversely affect us and the forest resources, which we depend on”.

These resolutions are pertinent since the FRA, 2006, stipulates that the CFR right holders have to be part of the decision-making process related to any development in the forest.

Across the country, many such local communities have been on the frontline of conservation, protecting forests from external threats. The recognition of Forest Rights Act (FRA, 2006) provides an important legal tool for securing rights of forest-dependent communities and enables them to assert their rights to avoid all adverse impacts that such projects could have on their area and on them.

The Kadars, through their steadfast opposition to the projects that pose a threat to forests and biodiversity in their area have shown again that the local communities are often the first and last line of defense against unsustainable development, forest diversion and unchecked commercial interests.

They have demonstrated that recognition of rights ensures not only social justice but also positive conservation outcomes in the long run.