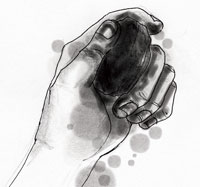 Supply issues comprise one part of the energy conundrum, as we discussed last fortnight. The cost of energy and our ability to pay for it is the other. The matter gets vexed because the rise in price of raw material of all energy sources is accompanied by huge inefficiency in distribution and accounting. But importantly, we remain a poor country where cost of energy is a factor in its availability and accessibility for all.

Coal is clearly the king of cheap energy. But increasingly, even here, costs have been escalating. For instance, Tata Power Company’s ultra-mega thermal power plant at Mundra in Gujarat was cited as a circuit breaker. This 4,000 MW plant, based on imported coal, would supply at Rs 2.26 per unit for the next 25 years. The economics worked till coal prices were in the range of US $30-40 per tonne. Now coal costs have surged to US $110-120 per tonne, upsetting the imported coal applecart. Reliance Power’s 4,000 MW Krishnapatnam project and JSW Energy’s 2,000 MW expansion plan for Ratnagiri plant is reportedly on hold for the same reason.

Similarly, there are constraints on gas imports. We have not managed to negotiate many long-term supply contracts—and the ones we have with Iran are in trouble because of US pressure to disengage with this country. We also have constraints of geography as any pipeline from the gas-rich West and Central Asian region has to traverse through ‘hostile’ and ‘high-risk’ territories. All in all, imported gas is coming to us at prices, which make it unaffordable for power generation.

Take Delhi, for instance. It has built some 1,750 MW capacity gas power plants and is ready to do more so that it can steer clear of dirty coal. But the squeeze on domestic gas because of the Reliance Gas’s mess-up (see ‘Powerless and lost’, Down to Earth, August 31, and ‘How India is getting gas and coal policy wrong’, Down to Earth, April 15, 2012) means that plants do not produce energy. The government now wants these to move to imported gas—costing some US $17-20 MMSCD—which would take the cost of each unit to an unaffordable Rs 9-10, as compared to the current Rs 2.90 per unit, using domestic gas.

So, the only way for energy supply costs to remain low is if the country looks the other way when there is corruption in allocation of coal or land or water, or it discounts the price of its raw materials and environment. The hullabaloo over the reports of the Comptroller and Auditor General (CAG) on coal block allocation and the performance of mega power projects must be seen in this light.

For instance, coal was allocated to Reliance’s Sasan power plant for generating captive power. It was argued that this forest-rich coal block in Madhya Pradesh needed to be mined in the interests of cheap power (the accepted bid was for Rs 2.45 per unit). This ‘blind belief’ swayed the Central and state governments into giving away surplus coal-fields and then allowing Reliance to sell this coal to other projects at market prices. It became an open loot of natural resources. To keep costs low, environmental damages are discounted, local people are displaced and livelihoods destroyed. All this must be corrected.

We need big ideas for the future. We need to understand how to reduce losses in distribution. We know Indians are prudent (not wasteful) because energy price is high and more importantly, supply is unreliable. But we also know that there are huge leakages—estimated at 25 per cent by the Central Electricity Authority. This needs to be fixed. For this, we need to look at generating energy locally so that distribution costs are brought down, transmission losses are curtailed and recovery from clients made easier. It is here we need to look at the massive opportunity provided by renewable energy, particularly solar. But before that we must understand that new energy sources like solar will work only if we figure out a new business model for generation and supply—and not look for solar to work within the leaking and non-remunerative grid system.

My colleagues at the Centre for Science and Environment have proposed off-grid but interactive systems for rural electrification. In this system, like the German roof-top energy revolution, government would provide feed-in tariff incentives for entrepreneurs to set up local solar energy systems. This energy would be fed through mini grids to users—poor and rich would pay costs. It is important to remember that solar energy costs are decreasing—the latest bids for projects put the price at Rs 7 per unit. This is still more than the price of coal- or gas- based power. But while costs of coal and gas will only go up, solar can and will come down.

Energy supply could be decentralised because demand is also decentralised. There could be a revolution in the making. But only if we see the light in the tunnel.