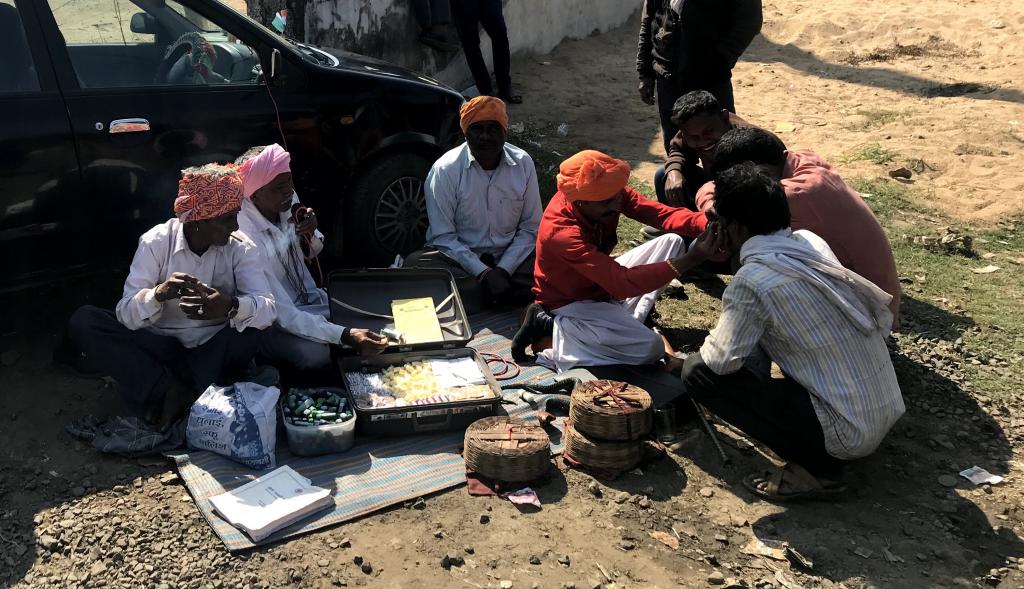 The year 2020-21 is significant for Denotified, Nomadic and Semi-nomadic Tribes (DNT). A hundred-and-fifty years ago, in 1871, the British Parliament passed the notorious Criminal Tribes Act. The criminal act stigmatised generations of this community once and for all. Union Budget 2020-21, the community had hoped, would address its problem comprehensively.

As Union finance minister Nirmala Sitharaman started her budget speech on February 1, 2020, hope soared at the mention of the three key themes: Aspirational India, economic development and, above all, a ‘caring society’. Soon it became clear, however, that like past budgets this also had little new to offer the marginalised sections, especially the DNT community.

The DNTs are a heterogenous group engaged in various occupations such as transport, key-making, salt trading, entertaining — acrobats, dancers, snake charmers, jugglers — and pastoralists. These communities were branded ‘born criminals’ under the colonial-era Criminal Tribes Act, 1871.

They were ‘denotified’ in 1952 when independent India repealed this act. But the Habitual Offenders Act, 1952, kicked in soon after.

There are nearly 1,500 nomadic and semi-nomadic tribes and 198 denotified tribes, comprising 15 crore Indians, according to the Renke Commission, 2008. These tribes remain socially and economically marginalised even now, depriving many of them of basic human rights.

In the interim budget of 2019-2020, then interim finance minister Piyush Goyal said: “… to this end, the condition of the denotified, nomadic and semi-nomadic communities merits special attention. These communities are hard to reach, less visible, and therefore, frequently left out.”

The government set up a Development and Welfare Board under the Societies Registration Act, 1860 under the aegis of the Ministry of Social Justice and Empowerment for implementing development and welfare programmes for the DNT.

The overall budget for the Ministry of Social Justice and Empowerment was increased 13.7 per cent for 2020-21, compared with 14.6 per cent last year.

The department caters to a vast range of the most marginalised sections of the community, such as safai karamcharis (sanitation workers including manual scavengers), people with disabilities, those from scheduled castes (SC), scheduled tribes (ST) and other backward classes (OBC) and the DNTs.

A more specific analysis of the budget for the schemes for the development of the DNTs across six years shows a slow growth. While the budget slightly increased in 2018-19 —to 10 crore from Rs 6 crore, it has been stagnant since then. It was significant to note that, the actual expenditure for each year has been below the budgetary allocation, showing the inability of DNTs to avail of funds and resources meant for them.

Source: https://www.indiabudget.gov.in/previous_union_budget.php | B = Budget, A=Actual
*Included within the overall allocation for ‘Other Programmes for Other Backward Classes’  |# Revised Budget

“We had hoped that after coming to power for a second time this government would work towards the upliftment of the DNT. But they have not taken any steps to improve the lives of those that are at the absolute margins of the Indian society,” said Rahul, a member of the National Alliance Group for Denotified and Nomadic Tribes (NAG-DNT).

The absence of any uniform classification across the country is among the biggest dilemmas regarding DNTs: They are not enumerated separately in the Census, making it difficult to ascertain concrete figures. Also, these communities are spread across SC, ST and OBC communities in different states. DNTs, as a whole are not recognised as a separate social category under constitutional schedules.

Many of the communities were subsumed under SC, ST or OBC, but their biggest hurdle is access to schemes and, as a first step, access to the caste certificates.

“Our biggest problem is caste certificate. Every step towards getting any kind of benefits is riddled with set-backs. In order for me to get a caste certificate they ask me for proof from the 1950s, which is near impossible for anyone to have or prove,” said Rohini Chhari, secretary, Bhoomi Gramothhan Evam Sehabhagi Gramin Vikas Samiti, from the Bedia community of Madhya Pradesh.

The government constituted two commissions for DNTs (NCDNT) in 2005 and 2015 to identify these communities and prepare state-wise lists of different castes of DNTs.

The Renke Commission, which submitted its report in 2008, highlighted that 50 per cent of DNTs lacked any kind of documents and 98 per cent were landless.

The report brought to light various challenges that the communities faced, especially with regard to access to caste certificates, health care and school enrolment.

Based on the study by Renke Commission, 2008

Ten years later, in 2018, the Idate Commission released its report. As with the Renke Commission, the report of this commission revealed that nothing changed in a decade — with most DNT communities still deeply impoverished.

“It’s a shame that after Piyush Goyal’s budget remarks, this budget has not found it important to pursue the promises made by him,” said Tom Thomas, chief executive of Praxis – Institute of Participatory Practices. He added that:

“The irony is that while the government has been on an overdrive in accumulating citizen’s data through Aadhaar and now NPR, these are of no use to those who need proof of their identities the most, for their rightful share of state resources like the DNT. Let us hope that the state budgets will do more justice – not only in terms of increasing allocations, but also in reaching out to those who have been deprived of their legitimate stake for one-and-a-half centuries, for no fault of theirs.”

“How much money a section of the society has been allocated should not be the criteria to judge a budget. How well the community has been able to use and benefit the amount is what is more important,” said Balkrishna Sidram Renke, who headed the first national commission for DNTs.

“It is the duty of the government that they empower these communities to avail the benefits that are created for them. The National Advisory Council reviewed all data. It clearly stated that although the DNTs are spread across different backward class categories and are entitled to various schemes under these categories, they are unable to access any of these benefits,” he pointed out.

Renke said there were two main reasons for this — one was identity certificates; the other, the lack of awareness: “No government has been able to help them with regard to their most pressing issue — their identity. They need to be provided with an equal opportunity to develop.”

The core and critical need is that of identity. This is the starting point to establish their claim and avail of benefits under existing schemes as well as to quantify and qualify their future needs. This alone will establish what the third component of the budget hopes to achieve — a ‘caring society’. Sadly, this dire need has not been addressed in the budget.