Land is more than just that 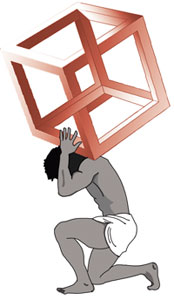 My article last fortnight about people’s fight against POSCO has brought me interesting responses. They call for clarifications and further discussion. The question is about the value of current livelihoods of the people of coastal Odisha. Is earning from betel nut farming being exaggerated to reinforce the romantic and misinformed view that people are fighting projects because they are better off today? The equally valid question, then, is: why are the people so apparently poor if they are earning Rs 10-17 lakh per hectare (ha) each year as I had said?

These are questions that speak of our inability to understand two things. One, what makes people, poor in our eyes, oppose growth we believe in? Two, what makes people poor? First, an explanation. My colleague Sayantan Bera, who travelled across the Jagatsinghpur region of Odisha, meeting villagers resisting the POSCO takeover, will tell you, the problem is our misinterpretation of reality. The fact is that land ownership in this area is not measured in hectares but in decimals—one hectare is equal to 250 decimals. Most people own 10-30 decimals of land, or roughly 1/25 of a hectare. Based on the profit estimate I gave, a household, therefore, earns Rs 40,000 to Rs 70,000 a year—not a lot of money and certainly not enough to make them part of the rich middle class.

But the important issue is that this earning is good enough for them to fight till death the acquisition of their land. The reason is that this money comes on a monthly basis, and year after year. The earning of Rs 3,000-Rs 4,000 per month per family takes people marginally above the wretchedly low poverty line (also called the starvation line). It provides subsistence.

It is this equation with land that we find difficult to understand. I saw this when I visited other poor regions, which are similarly resisting industrial growth. In Nimalapedu village of forested, tribal Andhra Pradesh, I was confronted with the same confusion—a poor village, with no access to electricity, housing or other signs of economic wealth, had fought against (and won) the calcite mining project of the powerhouse of Birla. In Kalinganagar 13 tribals were killed fighting a steel project. The resistance was even more incomprehensible when one considered that the people fighting change were “poor”; they lived in mud-and-thatched huts, which could be exchanged for brick houses; they lived in risk of rainfall and crop failure, which they could give up for cash compensation. The rainfed agricultural fields with low produce could be exchanged for houses in colonies built by the company to resettle them. From our eyes, they looked impoverished and marginal. In our view, the future was only brighter.

These tribal farmers are different from the relatively prosperous farmers in Gujarat fighting the takeover of their land and water body for the Nirma cement plant. But even in the Nirma case, where farmers are more linked to the markets and more capable of “adapting” to new industrial future, the livelihood option that land provides is valued intensely. It is this difference between them and us we cannot comprehend. Wherever I have been, people resisting takeover have told me that the land is their mother; they cannot sell it. This is a sentiment most of us literate and urban Indians cannot grasp. For us, land is property we buy and sell to suit our interest. We also cannot understand this obduracy because we do not understand the value of land-based occupation.

This is partly because for long we have discounted the option of land-based livelihoods in our economic visions. We have only understood that farmers are desperately poor, driven to suicide and migrating to cities. All this is true, but it is equally true that land-based occupations provide sustenance to millions. It is time we understood this struggle for land, water and forests as the fight for livelihood. If we do, we will deal with protesters with respect, giving them rights to decide if they want the takeover of their land and asking them for the price they are willing to take for it. I say this knowing that in our estimation the availability of land and water will be the biggest impediment to economic growth. My colleagues, who studied the six top industrial sectors, including power and mining, estimated the additional land requirement to be close to a million hectare, which is not large in a country the size of India (329 million ha), but it is large when it is somebody’s home, agricultural land and forest. It is this connection between land and its occupiers industrial development must get right.

If we understand this connection we will also learn to take the current occupations more seriously and work to improve economic returns from the land so that it can compete with the returns from what are obviously profitable and economic activities. Around the disputed Nirma project, for instance, the government has invested in water conservation, which has brought benefits, improved productivity and made people prosperous. Enough to want to keep this wealth of land.

I don’t believe the challenge is to pit one economic future against another. But it is certainly a challenge to accommodate the view that there are many ways to growth and wellbeing. The aim is to get there. Together.