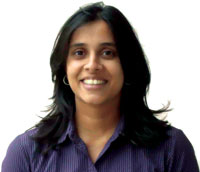 On April 3, the Supreme Court ordered states to declare buffer zones around their tiger reserves. A buffer zone is an area which is adjacent to the core area of a tiger reserve and is aimed at promoting coexistence between humans and wildlife. The limits of these areas are determined using scientific criteria and are set in consultation with the gram sabha and an expert committee.

One of the best performing tiger reserves in the northeastern region is the Pakke Tiger Reserve in Arunachal Pradesh. Camera trapping studies over the past few years show an increasing trend in tiger population and a rise in the sightings of tuskers, which had been completely decimated by poachers. Credit for the turnaround mostly goes to Tana Tapi, the divisional forest officer of the reserve, and his dedicated forest watchers. By working closely with Tana Tapi, I have had the opportunity of appreciating the complexities of translating the writ of the apex court into ground reality.

At the very first level, there are vast topographical and geopolitical complexities. Just the altitude spans a gradient of 150 metres to over 2,000 metres above sea level. Most anti-poaching efforts (27 anti-poaching camps employing 140 people along the 41 km road), initiated in 2004, have been focused in the lower reaches of Pakke on the Assam-Arunachal border. This border has been well-secured; organised poaching gangs have been broken. It was not easy to win the support of the resident Nyishi community of the reserve, whose members have traditionally been hunter-gatherers. The dedicated work of two Nyishis, park manager Chuku Loma and Tana Tapi, was responsible for winning the support of the people in the lower reaches of Pakke.

The northern reaches of the reserve are tucked away in the Abor hills, amid steep slopes and extremely hilly terrain. When Tana Tapi first visited this area in 2007, there was widespread apprehension. Politicians who were against the demarcation of the buffer zone planted ideas that the village land would be snatched away from residents and made part of the reserve. Some residents argued that hunting has been part of their custom for generations. Despite strong resistance, there has been progress. Just like the lower reaches of Pakke, the gaon burrahs (village chiefs) have agreed to enforce their customary laws to stop hunting and illegal logging. They are paid a honorarium by the forest department for this.

At our last meeting (March 12) with the forest department, Circle Officer, gram sabha members and gaon burrahs, several positive resolutions were passed. A committee of gaon burrahs has been constituted to check logging and commercial hunting in the forests surrounding Pakke. Even though village heads in the northern reaches have started to support conservation, many still lend their guns to others to hunt. Although gun licences are issued for self-defence, most guns are used in hunting. Tana Tapi thought of an innovative way to get around this. Over the course of this year, all gaon burrahs have to give their gun licence number and a written undertaking that they will not give their guns to others.

This will then be submitted to the Deputy Commissioner, who has magisterial powers. If any case of hunting is reported using the gaon burrah gun, a case will be registered against them. In practice, though, monitoring of illegal activities is a difficult task for the forest department in the northern areas. A new range has been proposed for this area. 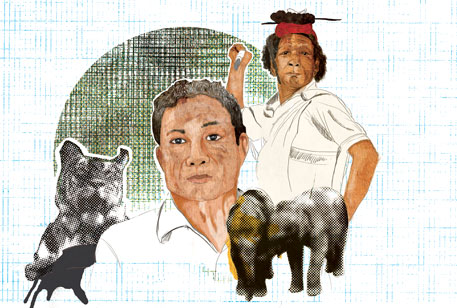 Even the lower reaches of Pakke face formidable challenges. There has to be constant vigilance and surveillance in the adjacent forests outside Pakke. There has been large-scale deforestation and wide expansion of settlements by people of the Bodo community. Tuskers that move out of Pakke are extremely vulnerable to poaching. Sometimes anti-poaching forest staff are deployed to keep an eye on one elephant.

In February, large expanses of the adjacent Papum reserve forest were burnt. Whether they were burnt by the resident Nyishis or Bodos, or both, is still a mystery. Residents face shortage of agricultural land, in what is supposed to be notified as the buffer zone. The Pakke river which delineates the reserve has washed away land, and the human-elephant conflict is palpable.

There are many actors that ensure that strong legal framework of environmental protection is not translated into field reality. While the apex court’s order might nudge the process that is otherwise bogged down by bureaucratic and political inertia, there are many more heavyweights involved. For example, the former Chief Minister and Forest Minister of Arunachal Pradesh were against the buffer zone notification.

There is no doubt that forest department needs to have better consultations with the people. Yet given the historical sparring, they might not be in the best position to execute this. In Pakke, for instance, anyone who supports the buffer zone notification is accused of selling his or her land to the government, even though the forest department has been at the forefront of consultions with people. Tana Tapi started his consultations with residents about designating buffer areas in 2007, but it has still not worked.

In this context, it might be appropriate to have a group of residents employed as communication officers for two to three years. They could be nominated by village forest development committees, gaon burrahs and gram sabhas. Once inducted, they should be sent for rigorous training in media and communication skills. Their work in consultation with the public, civil society and the forest department will attempt to make all information on consultations, attitudes and opinion of actors available in the public domain.

Even for a field in-charge of a tiger reserve, the complexities of implementing an order (derived from a centralised set of rules) are not always appreciated. A field in-charge has to address several concerns such as the lack of space to designate an area of 10 km width as a buffer. As in the case of Pakke, the field director often does not have the buffer zone and the core area under his unified control.

The forest department partially addresses these issues when in damage control mode. After tiger deaths in Tadoba-Andhari Tiger Reserve in Maharashtra, the field director who was in charge of the core, and not of the buffer area, was transferred, making integrated management impossible. The state finally brought the buffer zone under the unified control of the reserve for his successor. Second-guessing should make way for proper channels of dialogue to internalise on-ground realities of residents, forest officers and other stakeholders.

Such channels will ensure that new directives at the state or Central level are familiar to people on-the-ground. They would enable the apex court Bench of justices Dalveer Bhandari and Dipak Misra to know what their order meant for Tana Tapi and the people around Pakke reserve. The general familiarity about disturbances around reserves will be more nuanced once policy makers better understand site-specific contexts.