Many parts of southern India likely to witness heavy rainfall 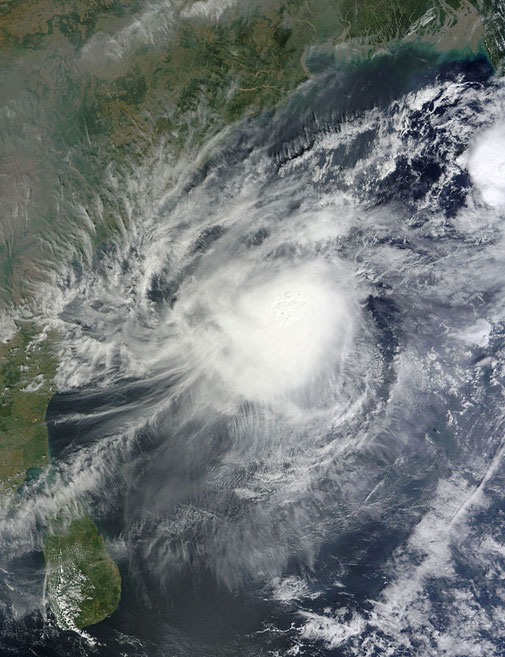 The tropical cyclone activity in the northern Indian Ocean (Bay of Bengal and Arabian Sea) has been remarkable since October. While powerful Cyclone Hudhud  hit Andhra Pradesh on October 12, Cyclone Nilofar  that rose from the Arabian Sea weakened before it could hit Gujarat.

During the last week, forecasters were busy monitoring a low pressure system in the Bay of Bengal, designated as 05B. This system turned out to be weaker than anticipated and strengthened to a “tropical storm category” on the Saffir-Simpson Scale or a “deep depression” with peak winds of 55km/hr, according to India Meteorological Department’s scale of rating the cyclones. The rival dry air present in the western Bay of Bengal choked it to death. This was similar to the fate met by Cyclone Lehar that was expected to hit the eastern coast weeks after Cyclone Phailin in 2013.

The low pressure system (05B), however, has brought a change in the weather of central India. After withdrawal of south-west monsoon from this part of India in October, the low-level winds (blowing in the atmosphere below an altitude of 5,000 feet) become northerly. This favours the movement of cold air from northern parts of India into central parts. Along with this, clear sky and practically wind-less weather help in lowering the temperatures in this part of the country. But as this “deep depression” over Bay of Bengal moved in, the winds changed their direction from northerly to almost easterly. As a result, moisture from the Bay of Bengal is being drawn in central India, thus leading to cloudy weather. A few thunderstorms can be expected till Wednesday. The effect will keep the winter-effect away in this week. 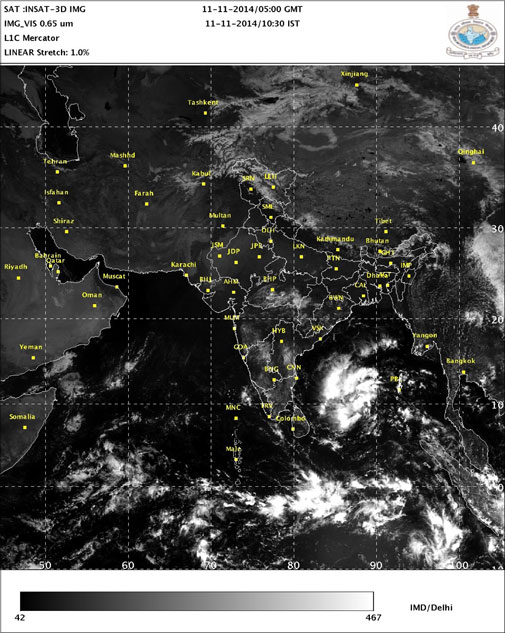 Meanwhile, a new low pressure system from the Gulf of Thailand has entered the Bay of Bengal and was in Southern Bay of Bengal (as of Tuesday morning). The centre of low pressure was at 7.78°N, 86.76°E on Tuesday morning. Latest satellite images show that over the past 24 hours, the structure of the system has improved with a lose organisation of thunderstorms. However, it is rapidly moving west-northwest towards Northern Sri Lanka- Southern India and it will not have that time to intensify extensively. Hence I don’t expect this system to intensify to “cyclone strength”. According to the present forecast, it is expected to move in a west-northwest direction, reaching Tamil Nadu coast as a Tropical Depression on November 12.