Storm surges and relief: Why India should rethink its cyclone response 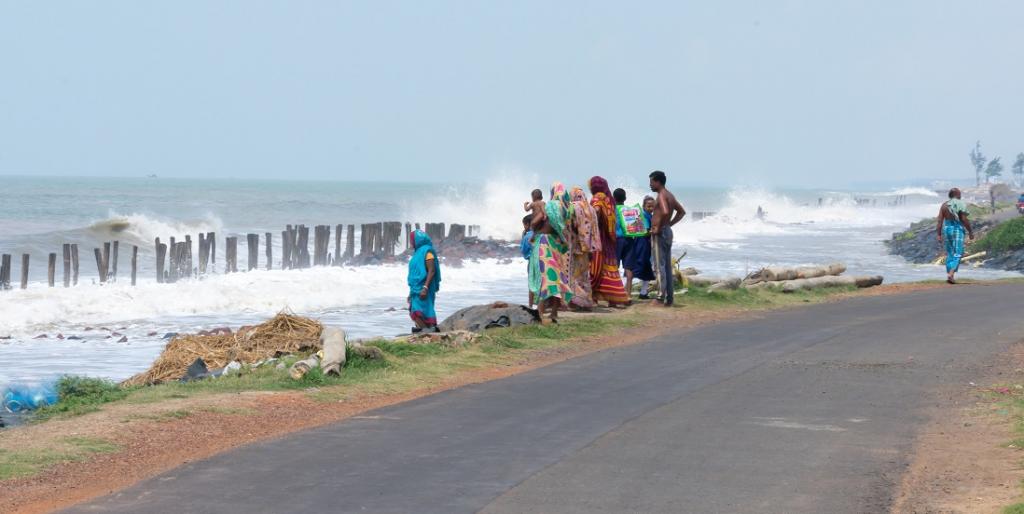 Cyclone Jawad will turn into a deep depression as it reaches the Puri coast, the India Meteorological Department has said. State governments, particularly Odisha and Andhra Pradesh, have mobilised their resources because of the risk Jawad posed initially. Jawad may have fizzled out but there will still be heavy rainfall due to it.

I intend to highlight two major deficiencies in India’s usual approach to cyclone management in this piece. The first is the over-emphasis on a total evacuee figure, particularly in states such as Odisha.

The second is an inadequate focus on response aspects other than evacuation, such as measures to minimise crop damage, assistance for quick harvest, adequate relief and timely distribution of post-cyclone assistance such as for damaged houses, etc.

Odisha has gained much recognition globally for its swift action during some of the major cyclones in the recent past such as Cyclone Phailin (2012), Fani (2019), etc.

Odisha learnt its lessons the hard way after the colossal loss of life in the 1999 Super Cyclone. The state government started undertaking mega evacuation drives in the aftermath of the Super Cyclone.

Take for example, Cyclones Phailin and Fani. The state government claimed an evacuation figure of more than a million people from various districts of the state for both these events. The evacuations were considered to be the primary reason for the limited human deaths reported.

This claim and the underlying strategy however requires urgent examination because it is well-known that the principal cause of destruction in major cyclones is the extent of storm surges, which in turn, is the result of several factors such as the cyclone’s intensity, high tides and topography.

The region where maximum storm surge is likely, should be completely secured by moving residents away. It is a strategy known as ‘horizontal evacuation’. It is seen as essential.

This is because buildings, including structurally designed cyclone shelters as well as one- or two-storied concrete public or private buildings may not be able to withstand the impact if there is a surge of significant height.

However, what is evident from the previous evacuations carried out in Odisha is that the distinct threat from tidal or storm surges is conflated with the impact of high wind speed.

Consequently, all such coastal or interior areas where the cyclone is likely to travel and its impacts are to be experienced, are given similar scale attention.

This gap in conception can prove to be enormous if there is a significant storm surge in a particular region where only those living in low lying or kuchha or semi-concrete houses have been evacuated.

It is this realisation due to which many developed countries such as the United States and Australia follow a practice of identifying the most vulnerable zone and ensuring that no one except emergency officials are allowed there.

It is high time we realise that our current strategy appears to have worked in the past few cyclones only because the tidal surge was limited or at the most upto a kilometre.

Our approach will prove to be abysmally inadequate if there is a repeat of a super cyclone, where the tidal inundation was up to 20 km.

The second limitation of our existing approach is too little attention being given to key disaster response functions other than evacuation.

Take for example, the current threat from Cyclone Jawad, which comes at a time when crops in most parts are nearing harvest. There are already reports of distress selling and premature harvesting because of the cyclone.

What is the specific assistance that can be provided apart from fore-warning farming communities? Can the government think of mechanised harvesting procedures and making them available during emergencies such as these? How do farmers protect their produce in adverse weather conditions?

Similarly, there is very little discussion on the quality and quantity of the relief distributed. Cyclone Fani in May 2019 caused havoc in the district of Puri where power supply remained disrupted for a long period of time.

Have we learned lessons and do we expect a better performance this time around? The pace at which financial assistance is distributed to those eligible for house reconstruction has always been a tardy process and is often delayed beyond a reasonable time period.

All such aspects are important and require due attention. A general pattern in disaster management observed around the world is that the media focus often is limited to the emergency period.

It is thus important that in this period, we recognise that there is more to cyclone risk management than the total number of evacuees.