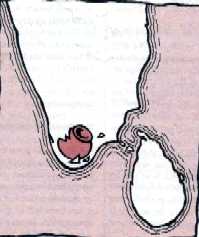 KANYAKUMARI, at the southernmost tip of the Indian land mass, is short on water - this despite the fact that almost one-fourth of the district has forest cover and receives between 100 to 250 centimetres of rain, distributed evenly over 10 months of the year. So why on earth is the place panting with thirst?

The district has a total land area of 167,214 ha, watered by 4 major rivers and several smaller tributaries, 84 human-made canals, 4 major reservoirs and 2,633 tanks (1980-81 figures). Thanks to its amphibious geography, no major industry has come up in the district, which is why its natural waters are relatively free of contamination by industries.

And yet Kanyakumari has lost much of its wetland to, faulty land use. Over the past 25-years, several large natural tanks were converted into - of all things - bus-stands, ampitheatres and a stadium. Silt has been allowed to accumulate in most of the existing small tanks to allow the cultivation of lotus. Lotus leaves and flowers are much in demand both locally and elsewhere.

More recently, floods due to excessive deforestation uphill, have altered the courses of the main rivers. The Keeriparai river is a good example. The Keeriparai had a bridge across it for nearly 20 years till October 1992. As the bridge was weakening with the traffic load getting heavier, a concrete bridge was built. Both bridges were at least 4.5 in above the water level till the last floods, which not only washed away the old bridge but also dumped tonnes of sand and debris, changing the course of the river.

The excessive runoff and drying up of the tanks and reservoirs have resulted in lowering the water table. This has been a slow but steady deterioration. According to 1981 statistics, the number of tanks dropped to 2,638 from 3,308 in 1820. However, 593 wells had been dug to compensate the loss. Most farmers and domestic landholders have opted for borewells as an alternative source. Thus, by 1981, there were 98 borewells about 1 per 1,700 ha in the district.
Ever since 1820, both the human and livestock populations have been increasing dramatically in the district. Human population shot up from 100,400 to over 1.4 million in a span of 150 years, an average rise of approximately 9,000 people every year. Similarly, during the same period, the cattle population increased from 45,000 to 208,200.

Although a significant proportion of the rise in human population can be attributed to immigration, the overall impact that the land and abundant was water in the district came under massive pressure. It was also evident that much of the water was being put to uses other than paddy cultivation, which is the major food crop in the district. In 1820, the total land under paddy was about 14 per cent, compared to only 15 per cent in 1981.

Recent years have seen considerable change in land use patterns in the district. More land is being used for non -agricultural purposes. This could be due to a genuine shortage of water in the district and more pressure on land for buildings. The latter seems more likely, as the district is under great pressure from the tourism sector.

This study clearly points to the fact that even in the absence of major industries threatening water sources, unchecked growth in human population and livestock and the resultant faulty land use can destroy the natural wealth of well-watered landscapes like Kanyakumari.