Cities journey beyond ODF: India moves to sustainable sanitation for all

Indian cities are currently plagued by multiple challenges to water, sanitation and hygiene. At present, 163 million people do not have access to safe drinking water

India is set to be one of the three countries to witness maximum urban growth by 2050, along with China and Nigeria. In India’s case, this fast pace of urbanisation at an annual rate of 2.1 per cent coupled with a high growth in economic activities — if not supported with commensurate sustainable solutions — is bound to compound the water and sanitation challenges in the country’s urban areas.

India is currently at the bottom of 122 countries in the Water Quality Index (WQI) — at 120 — with nearly 70 per cent of water sources are contaminated. WQI an important tool to determine the drinking water quality in urban, rural and industrial areas. 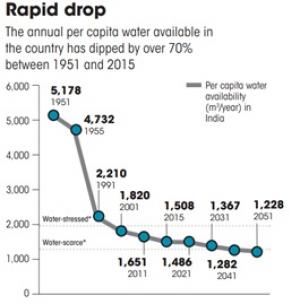 Water and sanitation are getting a lot of traction in the world, owing to the current novel coronavirus disease (COVID-19) pandemic.

India has to meet the 2030 Sustainable Development Goals (SDG), including Goals 6, 11 and 12, that talk about sanitation, sustainable cities and sustainable consumption and keep pace with the rest of the countries as well.

The same is reflected through the Union government’s programmes and schemes that have captured the world’s attention in their efforts to provide safe drinking water and sanitation services.

These programmes include the Swachh Bharat Mission (SBM), the Atal Mission for Rejuvenation and Urban Transformation and the Jal Jeevan Mission.

Through SBM, India received a new thrust, with focus shifting from sewerage networks to sanitation, putting in place a time-bound plan to improve access to toilets across the country. 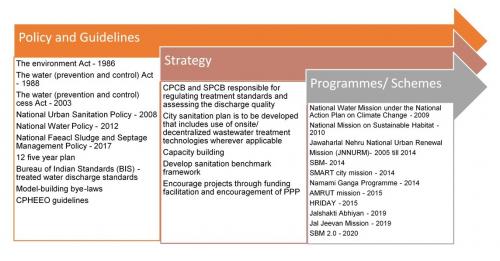 SBM, however, was lacking on discussions about the management of waste in these toilets, something that is necessary to achieve the aim of SDG Goal 6. The introduction of SBM 2.0 rightly focuses on the next set of related and critical outcomes for safe sanitation.

An important question, however, emerges: How do we achieve this?

Around 40 per cent of the urban population is serviced with sewerage systems, while the remaining 60 per cent is dependent on sub-optimally regulated on-site sanitation systems, according to the Advisory on On-Site and Off-Site Sewage Management Practices. This was issued by the Central Public Health and Environmental Engineering Organisation under the Union Ministry of Housing and Urban Affairs.

This necessitates the need of regulation, guidelines and a management strategy for wastewater and septage, including technology for treatment and disposal options for septage and ways to maximise resource recovery.

The National Policy on Faecal Sludge and Septage Management (FSSM) issued in 2017 aims to facilitate the nationwide implementation of FSSM services in all urban local bodies (ULB).

It sets the context, priorities and direction for safe and sustainable sanitation in every household in India. Since then there is a great momentum to scale FSSM, with many states also issuing policies in this regard.

The Advisory on On-Site and Off-Site Sewage Management Practices highlights the following: 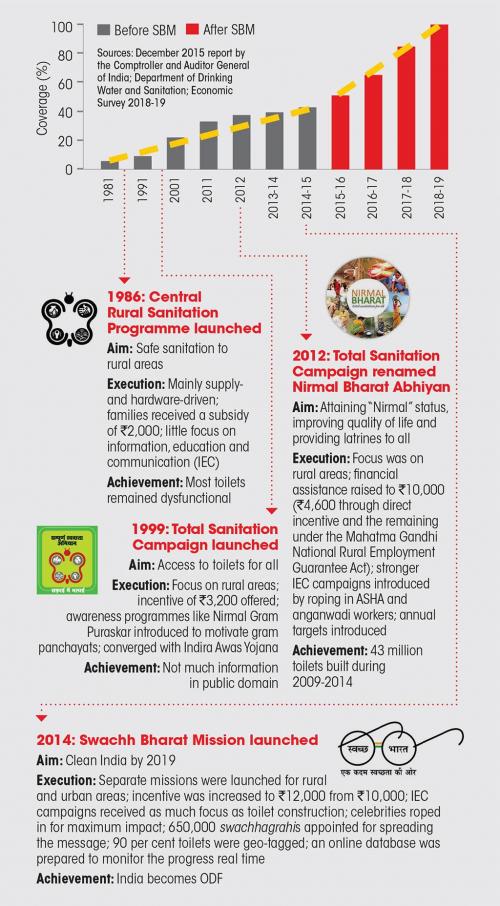 Source: Down To Earth, September 2019

The advisory is in line with the efforts made by Delhi-based think-tank Centre for Science and Environment (CSE), whose report, Excreta Matters 2012, detailed how the unaffordable conventional paradigm of water-sewage management needs to be changed.

The institute has pushed the agenda of decentralised wastewater management as an alternative to the current conventional wastewater approach.

This approach was implemented at several scales as successful case examples documented in Decentralised Wastewater Treatment and Reuse and web based portal Menu On Un-Networked Technologies (MOUNT).

In this regard, ULBs can use SanI-KIt, a web-based portal with a comprehensive collection of essential tools to prepare a high quality, city-owned CSP.

CSE’s Septage Management: A Practitioner’s Guide in 2017 highlighted steps involved in managing septage throughout the sanitation chain and demonstrated how septage management can be applied in cities.

As the advisory promotes CSPs and SFDs, an important step is to chalk out factors that affect the choice of treatment plant site and procedures for determining the hydraulic, organic, and suspended solid loads.

The need is to adopt such measures by ULBs while planning their water and sanitation services and also point ULB officials towards implementing such planning approaches and tools.

SFDs should also be included as a component in central programmes and schemes such as the Swachha Survekshan ranking.

Moreover, faecal sludge management policies in states need to expedite and should incorporate the recommendations of the advisory. There is also a need to plan deliberately for reuse and recycling of treated wastewater and sludge to initiate the process of the circular economy.

The current pandemic has forced institutions to revisit links between public health, access to water and sanitation for all.

Equally important is to uphold principles of equity and sustainability as lack of basic amenities such as access to safe water and sanitation create environments of unrest and conflict.

It calls for a change in the mindset and commitment towards water and sanitation and its access for all.

Placing equity, public and environmental health and coexistence of hybrid sanitation systems at the centre can be achieved using the city-wide inclusive sanitation approach, a paradigm shift in urban sanitation.

Community-based solutions must be adopted where possible as well. The community-led total sanitation approach was found to be effective in promoting change at the community level as well.

Efforts must address socio-cultural attitudes toward sanitation and involve women as agents of change too.

This will also bring in synergies between different government programmes / schemes in terms of planning, process and implementation and, in turn, facilitate sustainable development.

Equally important is the need for greater emphasis on public-private partnerships and a rise in collaborative frameworks for collective impact.

In other words, partnerships between individuals and organisations in the government, the non-profit sector, development experts, investors and companies should jointly address these issues to ensure access to water and sanitation for all as envisaged in the SDGs.

It is evident from the current situation that water and sanitation challenges are complex and that there is no single, simple solution to solve these issues.

Sector experts and city managers all over the world have worked hard to support effective urban water and sanitation, often with limited success. There is, thus, a need for an innovative and holistic approach that considers engineering aspects, as well as the incorporation of social, economic, institutional, cultural and environmental factors in urban sanitation and wastewater management.