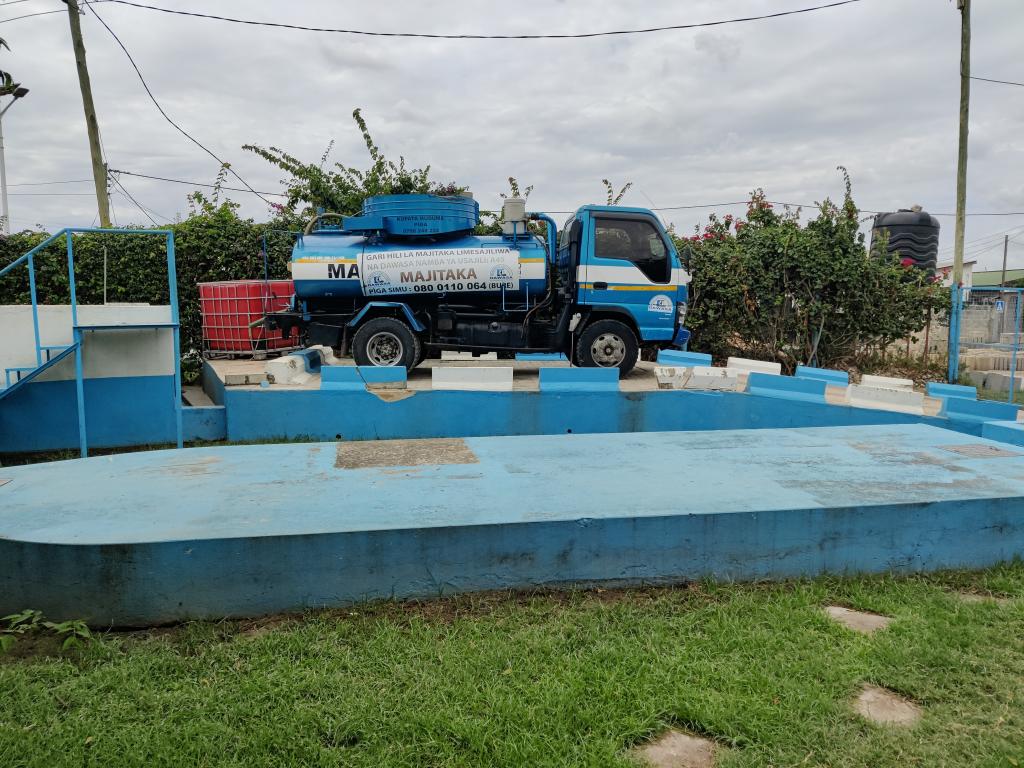 Tanzania’s sanitation glass is half full — most households in the country now have a toilet. The national campaign Nyumba Ni Choo (In Swahili, A house is incomplete without a toilet) is working effectively in creating awareness. But the battle is not won yet and it is yet to be seen if the county will reach sustainable development goals by 2030.

A non-profit Centre for Science and Environment team travelled to rural and peri-urban areas of Dar-Es-Salaam to see the implementation of the campaign. The team of researchers looked to find answers on what is next on managing faecal sludge from the new toilets and if there has been a reduction in water borne diseases.

The country has come a long way, said Anyitike Mwakitalima, the national coordinator for the sanitation campaign under the Ministry of Health.

The campaign aimed for behavioural change in communities and was launched with a budget of 15 million British Pound Sterling (GBP) from the United Kingdom’s Foreign, Commonwealth and Development Office.

The drive has achieved some results — 29.12 million Tanzanians have improved toilets and handwashing facilities. Open defecation has decreased from 7.2 per cent in 2017 to 1.3 per cent in 2022. 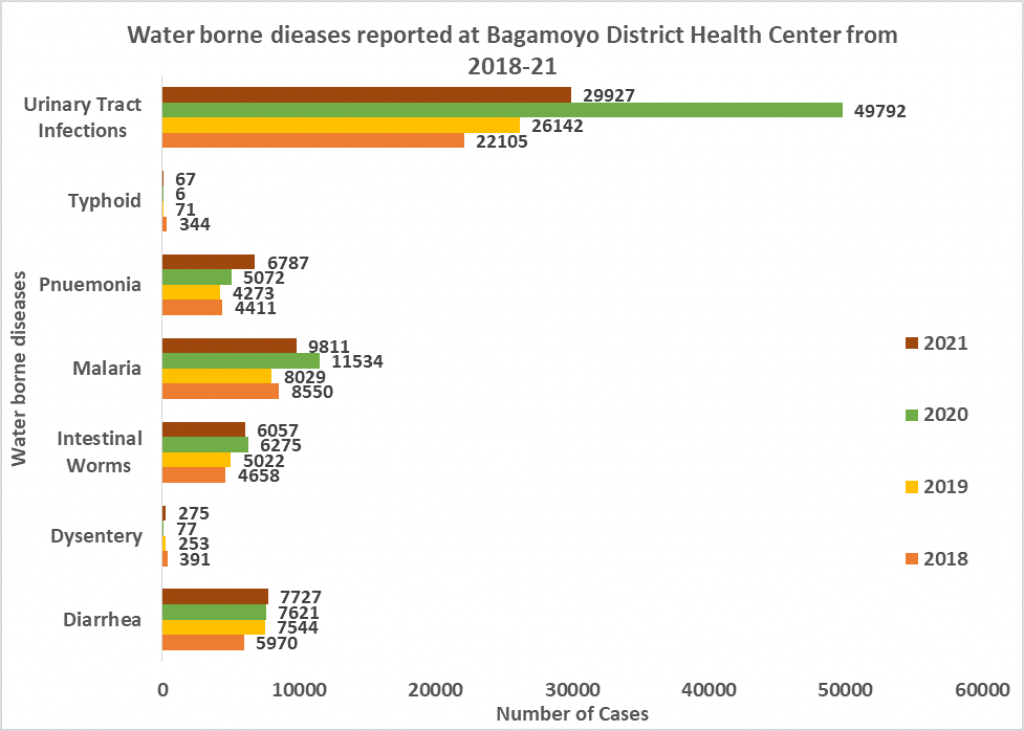 The rural water team from the Ministry of Health successfully propagated the need for toilets and sanitation, Mwakitalima told CSE. T-shirts, diaries and brochures were distributed that echo the anthem Nyumba Ni Choo. There’s a dedicated website about the campaign as well that explains sanitation steps taken by the government.

The country has efficient policies at the central level, cited a report by CSE on Tanzania’s sanitation. The policies encourage decentralisation of power with more community participation and private sector involvement.

However, implementation of these policies on the ground is an issue, said Amour Seleman, a senior environmental health officer from the Ministry of Health. Another issue is funding. Improper allocation and utilisation of funds were pointed out by the CSE report as well.

The team found that most households have toilets that are being used. So, there should be a reduction in waterborne diseases.

The villages were visually clean, but diseases have been increasing since 2018, as per the data shared by the health centre at Bagamoyo District Council.

The increased incidences of other waterborne diseases indicate that water sources are contaminated and could be due to faecal contamination in the water bodies.

Cases of other severe diseases that are caused due to contaminated water, waterlogged surroundings and the prevalence of open defecation were intriguing. A probable reason was groundwater contamination due to the faulty design of the single pits and septic tanks.

Table 1: List of other related diseases due to water contamination from 2018-2021 in Bagamoyo district, Dar Es Salaam, Tanzania

Inspection of toilet and containment systems’ design found technical flaws. The country has been promoting improved pit toilets with a pan or slab. However, it has no water seal to prevent odour, rodents and mosquitoes from entering the house premises. Unimproved pit toilets are just drop holes without a slab.

The pan opens into a 12-15 feet deep lined or unlined pit with an unlined base. Once these pits fill up, the villagers dig a new hole adjacent to the previous one. The contents of the filled pit is emptied into the newly dug pit manually or using vacuum trucks called honeysuckers. The trucks cost around $50-60 per use.

The team found that a small portion of the high-income population (20 per cent) use honeysuckers for emptying pits. Muslim communities observe a wash culture and use water for toilets. Hardly 20 per cent of the households had handwashing facilities.

The concept of improved toilets has been effectively propagated to the community by the government, but they need the propagation of the correct toilet designs.

A significant issue observed was the availability of water for handwashing facilities. While the household water supply was only accessible to the rich, the poor had to fetch it from a collection point, said Hashim Juma Kibwana, the village chairperson of Benki village.

Every village has a committee headed by a chairperson and representative members. It should include women in the water association. However, they rarely participate, said Kibwana.

Another cause of concern is that the rural population is migrating to the peri-urban areas for employment and access to resources and settling in informal settlements at a much faster rate, competing for resources. The government faces challenges in providing solutions to these areas, as the arrangements are cluttered.

The CSE team visited the peri-urban areas of Ubungo municipal council and found small-scale industries such as tanneries, textile and paper industries are prevalent apart from residential areas.

Flawed toilets and dense habitations add to the woes. The campaign worked and the peri-urban continued to use toilets but scraped together their last means to pay for desludging.

Just four per cent of the population in Dar-Es-Salaam has connections to the sewer system, said Dar es Salaam Water and Sewerage Authority (DAWASA) officials. The rest depend on onsite sanitation systems.

But the proper capacity utilisation of these existing FSTPs is still a question. Also, in the absence of FSTPs, the faecal sludge ends up in the waste stabilisation ponds, making them defunct. The authorities say this is being done to ensure that the sludge is not dumped elsewhere until the city comes up with the planned FSTPs.

The sludge from the peri-urban areas of Dar-es-salam is brought informally at a uniform cost of $23 per trip. Apart from this, there are 200+ private desludging operators in the city. The cost of desludging is not structured — in most cases, the cost depends on the distance between the households and the treatment plants.

The Tanzanian government is excited to march towards SDG 6 before 2030. The communities are aware and well-adaptive to the designs propagated to them. National sanitation campaigns have done an excellent job over the years.

Read more: This is what Africa can learn from India's sanitation story

The country now has to ensure the propagation of correct toilet designs and thus ensure sustainability and economic viability in the long run. Thus, there is a need to focus more on collaborations and technically designed capacity-building programs according to stakeholder requirements.

The government should collaborate more with institutions and local government partners for funding and project implementation. The role of the community should be enhanced to develop community-based systems.

Rural areas are scattered and hence, they can easily experiment with properly designed twin pits and biogas-linked toilets to manage sludge onsite. This will be more affordable in the long run, keeping in mind the paying capacity of the rural areas.

As far as peri-urban areas are concerned, onsite retrofitting to twin pits may not be possible due to a lack of space. But slight modifications ensuring correct designs should be propagated. A lot of urban capacities still need to be utilised.

An informal collection of faecal sludge from peri-urban areas should be regulated and formalised to ensure more community participation. Tanzania has been successful in hitting the nail with its awareness activities. They should use the opportunity to build up to fill the other half of the empty glass.

This is part 1 of the report on sanitation in Tanzania. You can read the second part here.