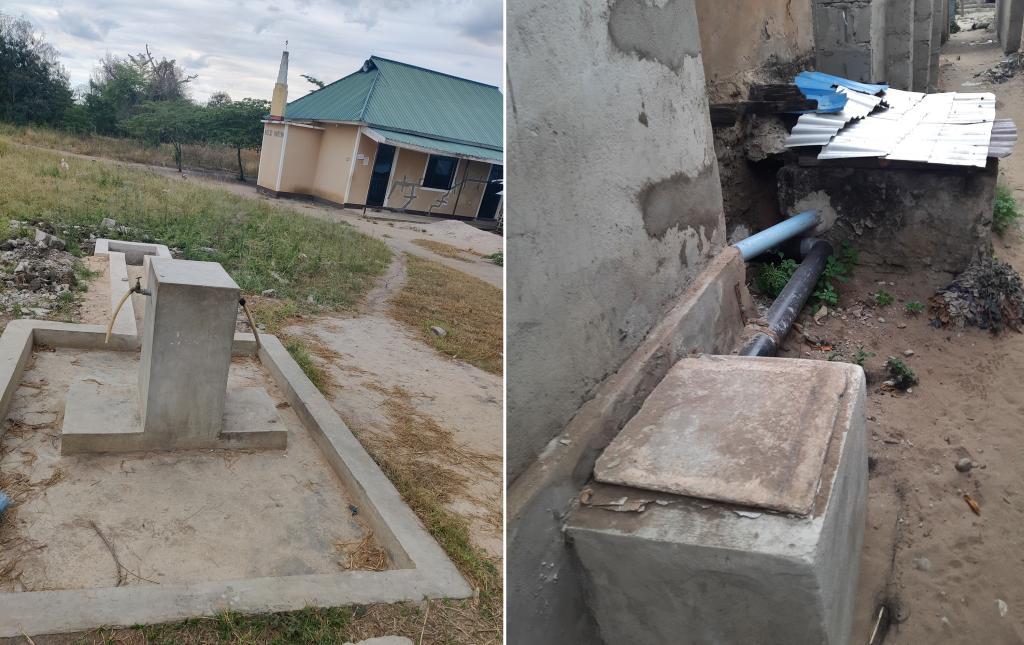 Tanzania’s national strategy for sanitation and hygiene focuses on eliminating open defecation by 2025 as the country marches towards the 2030 Sustainable Development Goals. But managing water resources is an uphill task ahead.

A team from non-profit Centre for Science and Environment travelled to rural and peri-urban areas of Dar-Es-Salaam to see Tanzania’s progress in sanitation.

The spotlight on eliminating open defecation shifted to countries in Sub-Saharan Africa once India declared it was free of the practice. Tanzania is fighting this by building toilets and connecting the safe management of faecal sludge with protecting water sources.

The state of sanitation, groundwater and government strategies to tackle the issues to deliver safe water and sanitation to its citizens were detailed in a 2021 CSE report.

The report detailed the policies and strategies of the Tanzanian government, such as Tanzania National Development Vision, 2025 and the National Strategy for Growth and Reduction of Poverty (NSGRP, also known as MKUKUTA), where the country has committed access to safe water to all.

Water Sector Development Plans (WSDP-1 and WSDP-2) have been among the most significant ventures to improve the country’s water resources, governance, service delivery and capacity building.

Funding of $1.41 billion (Rs 11,578 crore) was allocated, to which the Government of Tanzania contributed 28 per cent and the World Bank 18 per cent. The CSE team tried to explore the actual policy implementation on the ground as it would be an example to learn from not just sub-Saharan Africa but the global south.

Another issue staring Tanzania in the face is climate change. It is imperative to understand whether the country is ready to tackle the issues arising from climate change.

Climate change is affecting the groundwater recharge in most parts of the country. Currently, Tanzania is planning to enhance the recharge system for the Makutupora aquifer, the only water source for Dodoma city.

“We shall upscale other aquifers of the country after a pilot study for Makutupora,” said Veronica Jenge, engineer, Ministry of Water and Irrigation. Groundwater is monitored in most parts of the country to understand its fluctuations and manage the problems.

We are finalising the water sector development plan Phase-3 (WSDP-3) and one of the target plans is to promote rainwater harvesting at household, community and institutional levels, said Jenge. “We are collaborating with the communities by engaging them and educating them about the benefits of rainwater harvesting,” he said.

This becomes imperative as water is yet to reach every household in rural Tanzania. The womenfolk still need to walk to the village community stand post to fetch water available only a few hours a day.

Access to clean and safe drinking water is mandated in the National Water Policy of Tanzania. However, people in rural areas have to fetch water from stand posts and use it. The habitation in rural areas is scattered and the main source of income is agriculture, fishing and small informal traders.

Groundwater is not potable and is affected by the intrusion of salt. The confined aquifers at deeper levels are potable, but it is not economical for the villagers to extract water from such deep aquifers. Drilling bore wells is very expensive in these areas.

The villagers collect water from nearby stand posts in buckets, paying roughly 100 Tanzanian Shilling ($0.05) for every 20-litre bucket. The health department is supposed to raise funds and cross-check the water quality supplied to the community by Dar-Es-Salaam Water and Sewerage Authority (DAWASA).

DAWASA is responsible for the supply of treated water to communities. The health department is in charge of the field testing kits and making the rural areas aware of the water quality. They need more funds to monitor the quality of water sources.

Floods during the rainy season increase the risk of contamination of water resources. As the government promises to ensure water availability at each doorstep, they have to ensure that water quality is maintained and water sustainability is also secured for future availability.

“The major bottleneck is predominantly funding, but we address it by providing more funds yearly and working with partners to address this issue. The country is giving out the money proportionally for rural and urban areas,” said Shekhelage.

In urban areas, the money goes towards improving sanitation infrastructure, while toilet and health facilities are in focus in rural areas, he added.

However, women rarely participate, said Hashim Juma Kibwana, the village chairperson of Benki village in Bagamoyo district. The village water association operates and maintains the stand posts and collects the villagers’ tariffs. The collected tax goes towards maintaining these water supply systems, including the members’ salaries.

“In times of scarcity, we get water from nearby sugarmill as a charity,” adds Kibwana. As per the policies, decentralisation of power was evident; however, effective community participation remains a challenge.

Sustainability can be an issue in other areas if other water sources are not tapped for sustainability. Community collaboration to source and maintain these systems can provide a long-term solution.

Not just the availability of funds, even fund allocation, disbursement and expenditure is an issue, the CSE report found.

The government is spending on new projects and infrastructure renovation, but water supply and sanitation remain neglected. The total allocation of funds needs to be utilised and released timely, the report said.

The national sanitation program has proved itself and Tanzania has successfully ensured toilets in every rural household, even if they are not technically sound. “Tanzania has developed a water development program to address faecal sludge management. We will provide the infrastructure, but the issue is funding,” Shekhelage added.

Partners like CSE are helping the country with technical expertise. Non-profits help by reaching areas where the government cannot reach. “Schools, healthcare and household sanitation play a key role in supporting initiatives,” said Anyitike Mwakitalima, the national coordinator for the sanitation campaign under the Ministry of Health.

Proper management of faecal sludge is necessary since toilets have been constructed and the country can start looking into urban treatment facilities as an immediate measure, CSE suggested.

The convergence is new to Tanzanians, so the process is slow, said Shekhelage. “We need more training and capacity building for various stakeholders (communities),” he said.

A WASH programme is also being implemented in 425 high schools and 27 primary schools. Each school has a sanitation club where students interact, discuss and plan how to maintain sanitation.

Read more: Basic water services in South Africa are in decay after years of progress

As far as drinking water is concerned, all schools are directed to get water from improved sources but ensure proper treatment using aquatabs — purification tablets — or boiling the water, said Mwakitalima. “A local non-profit is trying to provide solar disinfection technology to schools, too,” he added.

Grey water in open drains, thanks to the rising population, is also an issue. In some places, it is channelised to grow lemon grass, seasonal flowers and sugarcane. Some households have channelised the grey water into a separate soak pit arrangement, which doesn’t follow the standard design.

“It is high time we take management of greywater at institutional and household level seriously, or we will see the ill effects of it very soon,” Mwakitalima said.

This is part 2 of the report on sanitation in Tanzania. You can read part 1 here.