When "ignorants" show the way

Tribal herdsmen, who are naturally closer to nature, can lead on the path towards sustainability 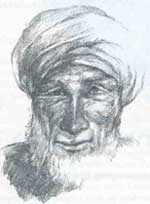 THERE is a widely held view that migratory herdsmen, who are allowed to graze their stocks in the forested areas, are the prime cause of degradation. There is a constant clash between the forest department officials and the herdsmen.

Bashir Khan Bakerwal is just such a herdsman. I met him in 1989, while I was the forest secretary in Jammu & Kashmir. His stock amounted to some 1300 animals. He was allotted a forest compartment in the Jasrota range of the Kathu forest division in Jammu, and his summer pasturage was in the Rangdum area.

After a long discussion with Bashir Khan at his grazing grounds in Jasrota, it was revealed that a vicious cycle had set in, because the stock of 1300 animals that he maintained was much larger than could be sustained in good condition in the area allotted to him. As a result, the forest compartment was degenerating. This degradation told adversely on the condition of his stock, leading to lower productivity and, perhaps, was the reason why he kept such a large stock.

The system of migration makes for the prudent use of the grazing capacity available in the Jammu region in the winter months, and in the alpine pastures during the summers. However, with the stocks increasing, and the forests degenerating, the preservation and sustainable management of the forest areas in Jammu and the alpine pastures in Kashmir seems to be approaching a crisis-point.

Some of the stock was culled every year and sold to the butchers. This provided him with the cash income. He was keeping old, unproductive goats because he anticipated a rise in the price of meat. What he did not realise was that these animals, too, were eating the limited fodder available.

We asked him whether it would be more advantageous for him to sell the stock identified for culling, and keep the money in the bank. The interest earned would certainly be higher than the increase in the prices of meat. Also, the additional costs of medication and the loss of animals during migration would decrease.

Bashir immediately saw the wisdom in this. It was also evident to him that, if the stocks were reduced, and the compartment revived, then the animals which were pregnant at the time of migration to Jammu in October, would be better fed and healthier. He agreed to try this alternative management practice.

In the early parts of April 1992, I paid a visit to the Jasrota range to see personally how Bashir was doing. He had reduced his stock to 700 animals, and put the money in a bank. He was much excited about his stocks doing well and about how healthy the lambs and kids were.

Unfortunately, the forest department is not geared to the silvicultural practice of using a forest compartment to produce the kind of bio-mass which is useful to the herdsman. The thinning down of a compartment to increase the output of non-timber produce by felling trees is almost a taboo.

As a result, today Bashir is more concerned with the management of the compartment in such a way that it can be used on a sustainable basis. There is the danger of he being alienated from the forest department in the future. If this happens, the old vicious cycle of forest degradation might well get into fresh motion. The onus is now on the forest department to find a solution to this problem by changing its traditional silvicultural practices.

When a detailed study is made, there will be a clearer understanding of the issues that need to be addressed, to make migratory herding a profitable proposition for the herdsmen, and the adoption of silviculture for the regeneration of degraded forest areas.

There is still reason to believe that the alpine pastures of Kashmir and Laddakh may be suffering from degradation due to over-exploitation. Are there any measures to improve the alpine pastures that can be taken by the local authorities? Is there anything that Bashir Khan himself, with the guidance of the forest department, can do within the framework of the established system?

---Rizvi is the Joint Secretary with Ministry of Environment and Forest.