Why International Yoga Day is no cause for celebration in India

The debate around International Yoga Day is not about health benefits. It is about the media spectacle in the name of health when spending on health is being reduced

The debate around International Yoga Day is not about health benefits. It is about the media spectacle in the name of health when spending on health is being reduced. Promoting yoga gurus rather than health is the other area of concern 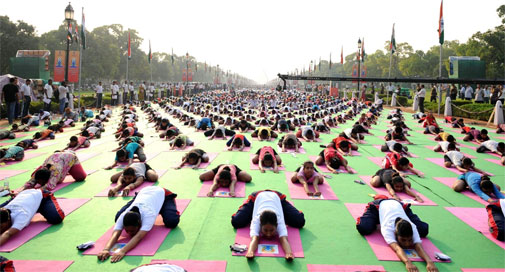 Yoga is recognised the world over as a desirable option for maintaining good health. Its therapeutic effects are well-known and well-accepted. However, the International Yoga Day, to be celebrated on June 21, is about a lot of things but health.

It was on September 27, 2014, that Prime Minister Narendra Modi proposed observing an international day for yoga in the United Nations General Assembly. On December 11, 2014, the UN proclaimed June 21 as International Yoga Day. Authorities said they chose the date because it is the longest day and is considered important in many parts of the world.

Summer solstice for the southern hemisphere fall on either December 21 or 22. Thus, we are left with a bundle of dates for solstices. Traditionally, the day has been observed across the world depending on the date of solstice expected in the given year and not necessarily on a fixed date according to the Roman calendar.

At the UN assembly in December last year, 175 of 193 countries backed the resolution by India. But the government’s enthusiasm for yoga has been facing flak on the home front. It has come to be criticised as an event to promote the ruling Bharatiya Janata Party’s right-wing agenda.

It must be noted that June 21 is the death anniversary of Keshav Baliram Hedgewar, founder of Hindu right-wing organisation Rashtriya Swayamsevak Sangh (RSS). Hedgewar died in 1940.

It is also known that Prime Minister Modi began his career with the RSS, the ideological parent of the ruling BJP, at the age of 19. Becoming a pracharak in 1972, Modi went on to be recognised for his organising skills and earned his first political stint as general secretary of BJP in Gujarat in 1987. His rise as a politician thereafter is amply recognised.

On June 17 this year, the Ministry of AYUSH released a book titled "Yoga and Islam". The official press release explicitly stated, "The book clearly indicates that yoga has nothing to do with religion and is universally accepted."

However, the imagery used by various government authorities suggests the contrary. The masthead of the Twitter handle of the Ministry of External Affairs, @IndianDiplomacy, on June 18 had three famous personalities—founder of yoga maharishi Patanjali, proponent of yoga in the 20th century B K S Iyengar and Swami Vivekananda. Even though their association with yoga and meditation is well-known, Indian authorities skipped highlighting luminaries from other religions, even religions that were born out of Hinduism.

"This government is known for creating confusions, especially between myth and history. It rides on promoting brahminical Hinduism. We have to see celebration of Yoga Day in that context," says Mohan Rao, faculty of social medicine at Jawaharlal Nehru University (JNU), Delhi.

Others have expressed concern over the media spectacle when the need of the hour is to spend and focus on health-related issues in the country. A petition started on June 18 by Ayesha Kidwai, faculty of linguistics in JNU, raised questions over making the celebration of International Yoga Day compulsory for government officials and schools.

"We (many of whom have long been indebted to yoga and pranayama for their therapeutic effects) are concerned by the central compulsion driving the directives issued by the present Government, namely about entering the Guinness Book of Records through a show of numerical strength. We are even more alarmed about the government order addressed to university teachers and staff and school students to perform yoga on June 21 in public, and construe this as a compulsion that amounts to misuse of state authority," reads the first paragraph of the petition on change.org.

Taking a dig at the likes of Baba Ramdev and Sri Sri Ravi Shankar, the petition adds, "It is most unfortunate that a national government is mobilising so much effort, resources and people for a one-time spectacle, without any long-term planning for or investment in the health and well-being of the people." It alleges that the day has become an advertisement for the new breed of yoga gurus who have amassed wealth by selling yoga and meditation.

The day seems to have come to the rescue of Ola cabs, a mobile app-based cab service entangled in legal issues over women's safety. It is asking people to enter a lucky draw, the winner of which will be entitled to a free ride to a free yoga session.

"None of this is surprising. The government does not even care for basic democratic rights like holiday on Sundays. Last year, they observed governance day on December 25. Who does not know it is Christmas, an important festival for Christians? It was a Sunday too," said Shabnam Hashmi, activist and social worker.