Biodiversity governance: A mix of knowledge and forest management for benefit sharing 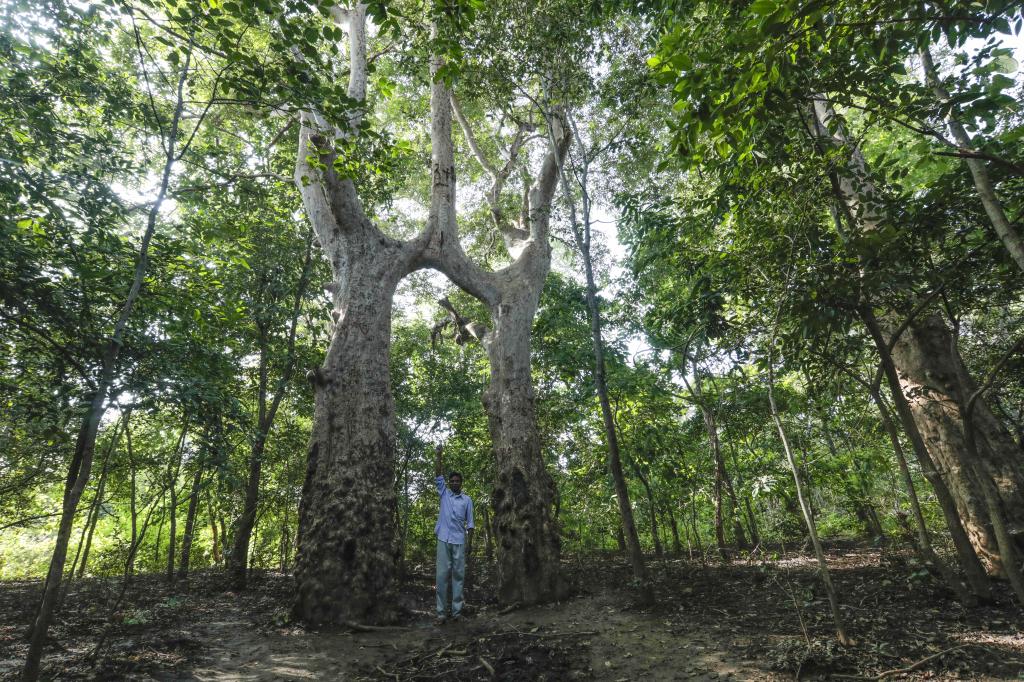 This is the third in a three-part series

Forests and their relationship with the Access and Benefit Sharing (ABS) regime is complex: Forests are closely linked with biodiversity use and provide a myriad of valuable products for commercial as well as research purposes.

Forests are covered under the first objective of Convention of Biological Diversity (CBD), for conservation of resources has a direct impact on protection of resources. At the same time, efficient forest management is intricately linked to benefits to the forest communities.

The ABS regime, therefore, is expected to be increasingly exercised with respect to benefit sharing of forest-based resources with local communities. The challenge is to integrate traditional knowledge associated with biological resources within forests with that of conventional forest management systems in India.

Most policies and regulations on conservation of forest resources give scant attention to traditional knowledge, making it difficult for managers of the ABS to integrate it with benefits that accrue from forests.

Hence, it is challenging to establish linkages of traditional knowledge with mainstream forest management practices, especially with regard to the ABS regime.

The Intergovernmental Forum on Forests, in its report dated 2000, concluded that traditional systems contribute to the effective management, conservation and sustainable use of forest resources.

With this report and contiguous subsequent developments, the role of traditional knowledge as an important repository for effective forest management has increased over the years.

However, the main hindrance is the absence of recognition of traditional knowledge and a lack of legal protection against usurping the knowledge of indigenous communities. Here, the role of the People’s Biodiversity Register (PBR) gains prominence, for it presents a roadmap for future forest management prescriptions.

The narrative of changing perceptions has led to more integration of ABS regimes with the interest of local communities. The most significant change has occurred in the narrative: From ‘consulting’ to ‘consent’.

This has provided clear guidelines to policy makers that the role of the indigenous and local communities over access of genetic and bioresources cannot be ignored. PBR, as a repository of information that can be legally verified, will go a long way to provide local communities with rights on their resources.

PBR aims to document folk knowledge of status, uses, history, ongoing changes and forces driving changes in biodiversity resources, gainers and losers in these processes and people’s perceptions of how these resources should be managed.

PBRs can strengthen claims of the local communities over their resources, while at the same time map the change in resources due to harvesting practices. These documents have the potential to carve out a role in the international discourse on conservation and sustainable use of bioresources.

Additionally, PBRs provide geographical identity to the bioresources and can be useful in providing a tool for clarification when disputes over biopiracy and intellectual property rights arise.

In India, most forests are owned by the government and though communities may be given access in some cases as bonafide users of the resources, they are not allowed to commercially trade these resources.

In view of these complications, the role of communities and traditional knowledge in forest management systems must be further analysed as well as incorporated in future discourses.

A simple suggestion put forth by a traditional healer in Tamil Nadu’s Dindigul district was that while the proprietary rights of forest areas remain as the unquestionable property of the forest department, the rights over associated knowledge of bioresources must squarely be with the community.

Sharing of benefit from genetic resources can be under the custodianship of the state in the forms of one of its bodies such as the Tamil Nadu Biodiversity Board.

While users are to share benefits as mandated under the Biological Diversity (BD) Act, 2020, an often-ignored aspect of ABS is the link with industries that have a strong social commitment towards accessing resources and wish to contribute benefits equitably.

These actions of such industries are largely driven by market perceptions and the desire for more accountability on the part of the final customers. The silver lining is that the trend of companies voluntarily taking steps to pay for benefits accrued has increased significantly.

Certifications, associations and a need for a unique identity are leading companies to adopt measures that identify them as socially responsible and use appropriate benefit sharing to develop a high-brand reputation.

While biodiversity-based business from the natural oil, fragrances, timber, plantation crops and crop sectors continuously strengthen their credibility, they have an intrinsic desire to build their brand.

They may not be required to share benefits, falling as they may outside the purview of the BD Act; however, the possible integration of legislations such as corporate social responsibility with ABS can be beneficial to industries who wish to closely share benefits accrued from use of biological resources.

However, without mandatory compliance mechanisms, the onus still lies upon the voluntary acceptance of the ABS mechanism by companies involved in bio-trade. Industries are likely to be more comfortable in sharing non-monetary benefits.

This serves as a good source of advertisement for companies and the value of benefits derived from the use of non-monetary benefits would have more significance than sharing mere monetary benefits.

The concept of ABS has been highly debated and vigorously researched, especially in pioneer developing countries like India. There have been several suggestions to improve the structure of ABS within the framework of the existing laws.

However, in the middle of much amplified noise and use of jargons, Convention of Biological Diversity was set up to conserve biodiversity and provide benefits to providers. The Indian Biological Diversity Act was constituted in the same lines and so was the Nagoya Protocol that attempted to provide definite guidelines for access of resources.

But the paradigm needs to be reiterated: Not only is benefit supposed to be shared, but biodiversity needs to be protected along with reversal of fast-paced biodiversity loss. This remains the core objective of all the acts related to biodiversity.

The resource providers have not yet been acknowledged and even if they are, consent is largely ignored. Additionally, actual monetary benefits are usually too paltry to be considered. Concepts such as bio-cultural protocols and PBRs can serve as enablers in accelerating the acceptance of ABS provisions.

The road ahead, however, is fraught with risks as the implications of the Act have not yet been actualised to their full potential in India.