Climbing the machan: Poverty and animal conflict in Karnataka

Human-wildlife conflict is a monumental issue for farmers living in subsistence, conflict with wild animals disproportionately impacts the poor

The machan, a raised tree-hut, offers a vantage point for villagers to monitor their fields. Photo: Sumeet S Gulati

Satvi (name changed) wore a pear-coloured sari and an orange blouse. Her bony hands moved as she spoke, sometimes all the way above her face in exasperation. Her face was expressive and creased from the sun.

Before she married into this village, she lived in Karnataka’s Chamarajanagar, a city with a population of 70,000 and a railway station. That was three decades ago. She still struggles to accept her circumstances.

“Our lives are really hard. Once the first rains arrive, we work the fields at day. At night, we stay awake guarding them,” she said. “We can’t sleep, we have barely enough to eat. But what will I do if I leave my land and property? Over here, if I get trampled upon, at least I will get Rs 5 lakh (laughs),” she said.

Satvi’s village — the last one in a line of agrarian settlements on a narrow valley pushing into the Bandipur Tiger Reserve — was walled in by hills. A single dirt track connected the villages to the world outside. All bus stops on the track were raised 10-15 feet to allow clearance from marauding elephants. “I came to this far-away village after my marriage. If I tell my relatives about the animals that trouble us, they will ask me to come back,” she said.

The Bandipur reserve stretches across 912 square kilometres. Animal populations here moved within a larger, connected landscape — the Nilgiri biosphere. With a total area of 5,520 sq km, the biospehere was roughly 62 per cent the size of Yellowstone National Park in the United States or 83 per cent of Banff National Park in Canada. The region hosted the largest Asian elephant population in the world and is among the largest biodiversity concentrations in India.

I am here with Nagachandan, Dincy and Shruti to get a first-hand look at a programme called Wild Seve (service). Run by the Centre for Wildlife Studies, Wild Seve’s main role is to help compensate farmers for damage to crops or livestock from wild animals. It acts as a valuable intermediary by helping farmers fill forms, take pictures of their losses and follow up with the department processing their claims.

The farmers I met lament the forest department’s indifference to their concerns. In the absence of Wild Seve, they need bribes, duplicity or coercion before someone pays attention to their losses. Wild Seve also helps farmers build sheds — that keep out predators — for their livestock.

Wild Seve helped Satvi’s neighbours build a brick-and-concrete livestock shed. Satvi wanted one too. She had her first loss a month ago: Two of her heifer calves were killed by a leopard. Her shed, like her home, is made of bamboo and thatch, affording little protection to her.

“Like a curse, they come in the middle of the night. It was around 2 am when it (the leopard) broke into my cattle shed and killed a new calf and drank its blood,” she said. “The other calf — a bit of a champion — mustered up some courage and cried loudly. I went running to the shed with my battery torch. The leopard jumped out and over my fence,” she added.

Once when taking turns with her daughter-in-law on the machan (a raised tree-hut), she saw nine elephants grazing in her farm just after midnight. She felt defeated, angry and helpless. Whenever this happens, she is shaken to the core — transliterating — “My uterus gets shaken.” 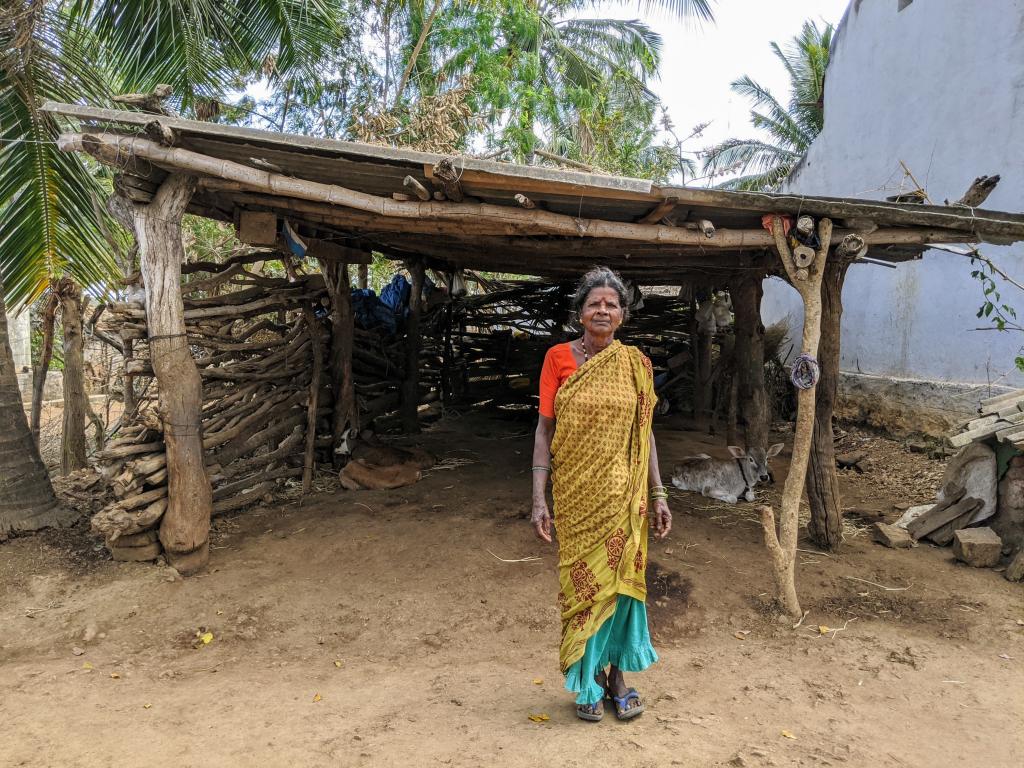 Satvi owns two-three acres of land, a little more than half the size of an average farm in Karnataka. On her land she alternates between growing ragi (finger millet) and horse gram, both staples in the region.

More subsistence than high value, she and the other farmers characterise ragi and horse gram as crops elephants liked to raid. “The wild boar likes paddy and peacocks flock to chilli,” they said.

But there is a new grain — chia — that does not attract animals. Touted for its health benefits, protein-rich chia grew in popularity among the developed world’s wealthy meat-spurning customers. Demand for the grain — the seed of a plant from the mint family originating from Central America — stimulated production in many regions, including India.

Satvi and her neighbour do not grow chia. Shruti asked why. “It’s difficult to sow new crops madam, we are used to these (ragi and horsegram) crops,” they said. Their reply was terse and uninformative.

A few kilometres up the dirt track in another village, Mahesh and his brother Shri (names changed) do grow chia. Tall and well-proportioned, the brothers hosted us with grace and smiles borne from confidence. Dressed in check shirts and lungis (a traditional sarong), they spoke softly and worked their farm barefoot. They lived in separate brick homes covered in yellow-green wallpaper. A grey shed made of brick and concrete housed their livestock.

Mahesh also grows green chillies, tomatoes, and coconuts on his 10-acre plot, along with chia. His fields were carefully delineated and a machan sat on a tree on the highest spot of the brothers’ two farms. I climbed up its shaky ladder to see their entire property and the forest beyond.

We asked Mahesh if he faced much animal conflict. “I used to experience a lot of conflict. We still have pigs, deer and elephants raiding our crops. But our conflict with leopards and elephants has dropped now,” he said.

Before the shed was built, the brothers lost two sheep, a calf and a dog to separate leopard attacks, but the leopards have stayed away since its construction. They too received help from Wild Seve and a smaller contribution from the Gram Panchayat (the village government). 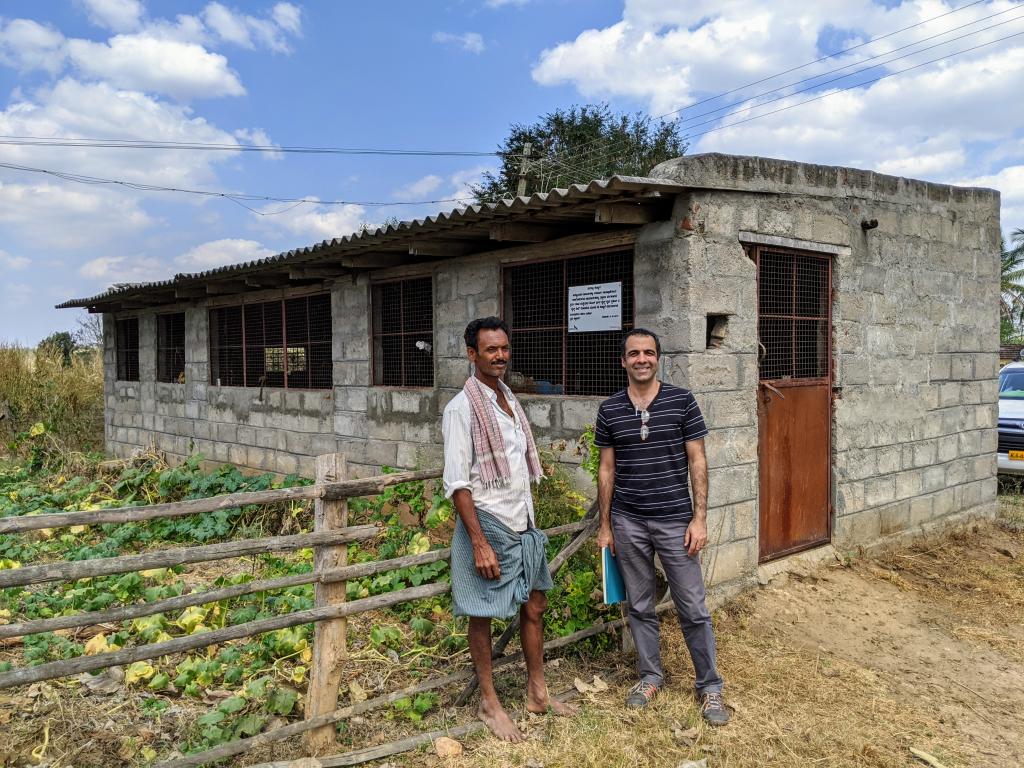 Independently, elephant conflict in this region fell. Using discarded railway tracks, the Karnataka government fenced the edges of the Bandipur Tiger Reserve, fortifying it with a deep trench. Now, only the most persistent bulls get into the valley.

Mahesh’s dog approached. Drawing him closer, Mahesh affectionately pet his head. “In the presence of a leopard or an elephant, village dogs don’t bark. They become silent and hide,” he said. “Not this one, he’s a little slow. He will bark and the leopard will come to attack it. He is from Bengaluru, you see,” Mahesh added.

He displayed a heartfelt empathy for his animals, a rarity among the farmers I met. “A leopard attacked my previous dog, hurting it on the side. We paid to get the dog treated, but he eventually died,” Mahesh said.

My stomach churns in anger when an attack happens. If I could catch hold of the leopard, I would definitely kill it. But it always escapes, what can you do? It’s a dangerous animal, if we lay a hand on it, it’ll take my hand and go.

“There isn’t much we can do,” he repeated to himself.

His wife brought us sweetened lemon water. Afraid of contracting a water-borne illness, I mumbled an excuse. Mahesh and Shri are, thankfully, not offended. Everyone else drank up. We walked over to their livestock: Six adults and five young jersey-crossbred cattle were housed in their new shed.

Over the course of this trip, I met 11 farmers. Five lived near the Biligiri Ranganathaswamy Temple Tiger Reserve and six lived near Bandipur. Seeing them highlighted something that should have been apparent sitting in my office at the University of British Columbia in Vancouver, Canada.

It, however, took me two days among the farmers to make tangible something obvious and unsurprising. Human-wildlife conflict was a monumental issue for farmers living in subsistence. 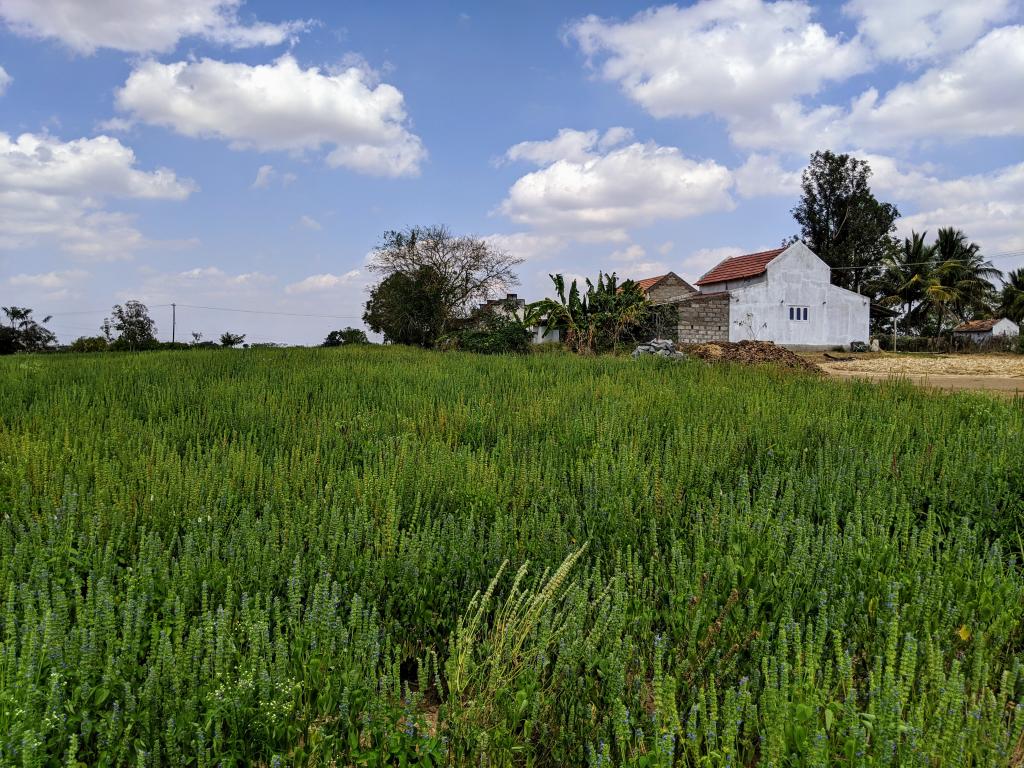 Wealthier farmers built cattle sheds, electric fences and took advantage of cash cropping possibilities (silk near BR Hill and Kollegal, chia near Bandipur). They diversified their crop and made investments in their farms. This prevented them from bearing catastrophic, life-changing losses from wildlife conflict. They exuded a palpable confidence and happiness.

Conflict with wild animals — much like most things afflicting humankind today, including the the novel coronavirus disease pandemic, climate change, toxic pollutants — disproportionately impacted the poor.

When they remained in subsistence in their day-to-day existence, they could not avoid it and when it hit, they struggled to recover from it. Poverty reduction is a crucial instrument for reducing the negative impacts of human-wildlife conflict.