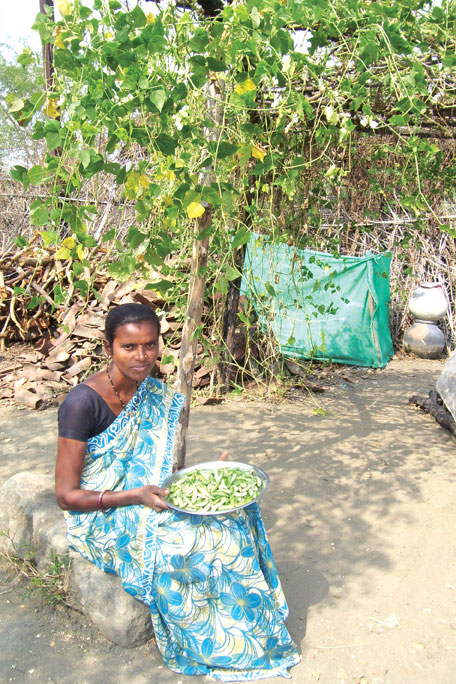 Anaemia prevalence in India is frightening: 72 per cent children and more than 50 per cent adolescent girls and women suffer from it, according to UNICEF and Indian Human Development Reports of 2011 and 2012. This is half of the problem. The other half is, anaemia is rising in all physiological groups despite 30 years of implementation of the National Nutritional Anemia Prophylaxis Programme (NNAPP), according to a 2012 study by the Indian Association of Preventive and Social Medicine.

The main reason for the increased number of anaemia patients is lack of iron in Indian diet, a fact acknowledged by the medical fraternity. Still, medical experts have time and again rejected dietary approach to anaemia prevention citing difficulty in implementation, long-term effort and need for extensive educational programmes. Studies have pointed out that vegetarian diet alone cannot tackle anaemia. Consequently, government intervention in anaemia has been heavily biased in favour of iron supplements as in the case of NNAPP.

Recent figures released by three NGOs in Maharashtra, however, show that daily consumption of green vegetables can keep anaemia at bay by increasing haemoglobin (Hb) count.

Over the past few years, NGOs in tribal-dominated parts of Maharashtra have undertaken initiatives to fight anaemia using kitchen gardens under a project by the Department of Science and Technology, Government of India.

In Wardha district, the National Organisation for Community Welfare started a kitchen garden initiative in five villages. “When we began our project in 2011, we tested 373 women from all age groups for their Hb count,” says NGO head Preeti Joshi. They found 60 to 90 per cent of women in each of the five villages had Hb count between 7 and 9, indicating moderate to severe anaemia. The same year, 75 families raised kitchen gardens. When 115 women from these families were tested again a year later, 113 of them registered a rise in Hb count. “The number of women with a healthy Hb count of 11 and above rose from nine to 100,” says Joshi.

In Yavatmal district, 130 families in nine villages created kitchen gardens with support from NGO Dharamitra in 2010 and 2011. After a year of regular consumption of green vegetables, tests were carried out on 200 adolescent girls and 150 young married women from these families. Seventy-seven per cent of them showed an increase in Hb count. What’s more, 27 per cent married women and 24 per cent girls were brought out of anaemic condition, according to Dharamitra. NGO Amhi Amchya Arogyasathi in Gadchiroli is helping women in the district conserve wild vegetables, which were once eaten regularly, and maintain kitchen gardens. “We find that Hb count rises after green vegetable consumption even in sickle-cell anaemia patients, who cannot take iron supplements,” says Satish Gogulwar who heads the NGO. Sickle-cell anaemia is highly prevalent in Gadchiroli.

The three NGOs say by depending on kitchen gardens for vegetables, the families are saving Rs 1,680 to Rs 2,970 annually. Average vegetable consumption has risen from 500 gm to 4 kg per family per week, and medical bills have come down from Rs 408 to Rs 124 per month.

The advantage of dietary approach over iron supplements is that it benefits the entire family. “Pills are taken only by a single person, but vegetables are consumed by the whole family. Apart from raising Hb counts, vegetables are a source of nutrition in general,” says Joshi. Women who raised kitchen gardens have reported a decrease in incidence of viral infections and digestion related problems among adults and children, she adds.

Medical experts and NGOs say government initiatives like NNAPP are narrow in focus when it comes to fighting anaemia. A major problem with NNAPP is that it focuses only on pregnant and lactating women. Recently, a weekly supplementation programme targeting only adolescent girls was initiated under the National Rural Health Mission. “Our studies have found that a large number of older women also suffer from anaemia but receive no help,” says Joshi. Take the case of Rama Moon of village Shiroli, for instance. The 33-year-old, who was suffering from severe anaemia, was denied iron pills for three years because she was not pregnant. “I could not afford to buy pills from the market,” says the mother of two who had to fight with health workers at the local public health centre to get her hemoglobin count tested.

There is more bad news: anaemia is rising among adolescent boys and men as well. “At present, there is no data on anaemia prevalence among men, but the matter should be taken seriously,” says Pradeep Deshmukh, professor of community medicine at the Mahatma Gandhi Institute of Medical Sciences, Sewagram, Wardha.

He says NNAPP is technically perfect but is not succeeding because “women are not consuming the pills given to them”. Health workers agree. They blame side-effects for poor consumption. “The pills cause constipation, digestive problems, heartburn and nausea in 80 per cent of patients,” says Deepanjali Budhbaware, medical officer at the primary health centre at Akoli in Wardha. “In some patients the reactions are so severe there is no choice but to discontinue consumption,” she adds. Since anaemia is caused by dietary factors, it returns once the pills are discontinued.

Irregular supply of pills is also a problem. Budhbaware says at her primary health centre she is able to give just 20 to 30 pills to each pregnant woman against a recommendation of 100 pills for all women and 200 for patients with severe anaemia. “We receive 3,000 pills every year, whereas we treat 100 pregnant women annually, 50 per cent of whom have severe anaemia,” says Budhbaware.

At the Rampur primary health centre in Yavatmal, supervisor Sandhya Ramteke says no pills have been issued in 2012-13. The situation is particularly bad in tribal areas where women hardly ever get any pills, says Gogulwar.

Another stumbling block for the pill-based programme is the sheer magnitude of the problem. For how long can the government hope to fight anaemia using pills? Deshmukh admits NNAPP needs to be more broad-based, but warns that attempts to include more categories of population might render the exercise futile. Maharashtra, for instance, supplies 219,603,435 ferrous sulphate and folic acid pills per year according to the State Health Services Directorate, which NGOs say is insufficient even for the targeted groups. “If the cause of the problem is dietary deficiency, then a sustainable solution can be found only in a dietary approach,” says agriculture scientist Tarak Kate who heads Dharamitra. He says no studies have been undertaken on the countrywide phenomenon of greens disappearing from the rural platter. In Vidarbha, greens like ambadi (hibiscus sabdariffa), mustard and amaranth, once eaten regularly, have been reduced to occasional delicacies since the advent of cash crops. “There is an urgent need to study this phenomenon and work towards the restoration of traditional food practices to ensure sustained availability of iron-rich foods.”
Special Report Special Report Yavatmal (D) Women Wardha (D) Vegetables Vegetables Tribals Nutrition Nutrition NGO Maharashtra India Home Gardens Health Anaemia
Donate Now